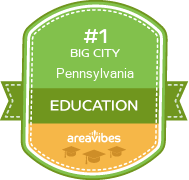 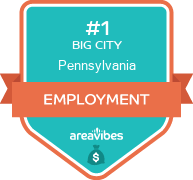 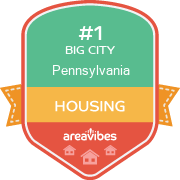 Best Places to Live in and Around Pittsburgh

See all the best places to live around Pittsburgh

Located in the state of Pennsylvania, Pittsburgh is a large city with a population of 305,305 residents. With a population density of 5,513 people per square mile, Pittsburgh is well above the nation's average density level. At 66%, the majority of the Pittsburgh population is White; this is followed by 24% Black and 6% Asian. Pittsburgh could be a great place for young adults and students as the average age of 33 years old is below the nation’s average.

Whether you’re relocating to a new area to be closer to family, friends or for a new job, living in Pittsburgh could be a positive experience compared to other cities in Pennsylvania if you know where to search. To help you find the best places to live in and around Pittsburgh, AreaVibes has created a livability score using key metrics like amenities, cost of living, weather, education, housing and more.

Pittsburgh, PA receives 71/100 for its livability score; this results in a ranking of #825 in Pennsylvania and #9,527 in the USA. If we consider each of the categories on their own, we see that Pittsburgh ranks well for amenities (A+), cost of living (B-) and housing (B). On a less positive note, Pittsburgh does not have favorable grades for the following: crime (F). If we take a look at the data, we can find out why.

Based on the proximity of local amenities like grocery stores, restaurants, coffee shops, parks, librairies, etc., Pittsburgh has received a higher than average score for its local amenities. If you’re planning on relocating and making this area your permanent home, it’s nice to know that there is an ample amount of amenities and things to do within walking distance or a short drive. Here are some of the more popular things to do in Pittsburgh: PNC Park, Duquesne Incline, and Pittsburgh Zoo & PPG Aquarium.

Jobs are always a hot topic for anyone looking to relocate to a new area. Your chances of finding new employment in Pittsburgh is actually far better than most areas. With a low unemployment rate of 0.44%, finding work should be much easier than the average city.

Finding affordable real estate and apartments for rent in Pittsburgh can be tricky. Having said that, this area might be the place to get the best of both worlds. Based on factors like home/rental affordability and appreciation rates, this area has received an above average score in the housing category.

Pittsburgh real estate prices and overall affordability will play a huge role in determining if the area is the right fit for you. Of course there are probably some other items on your “wish list”, but even before they are considered, let’s take a look at the home prices and affordability in Pittsburgh. Median real estate prices in Pittsburgh come in at $100,800, which is 39.9% lower than the Pennsylvania average. The home price to income ratio compares the median home prices to the median household income. In Pittsburgh, the home price to income ratio is 2.4, which is 22.6% lower than the Pennsylvania average. Knowing if your home will appreciate on a long term or even a short term basis should be factored into your decision making. An increase in your home’s value can be a good way to generate tax-free equity that can create long term financial security. In the past year, appreciation rates for homes in the Pittsburgh area were 13.7% and 5 year appreciation rates were 10.8%. 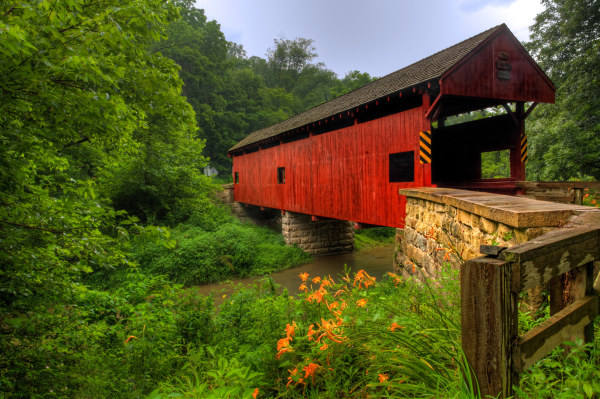 Check out the 10 safest cities in Pennsylvania

10 Best cities in Pennsylvania for employment