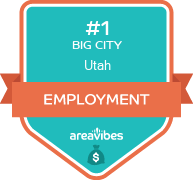 Whether you’re moving to a new area to be closer to family, friends or for a new job, living in West Jordan could be a positive experience compared to other cities in Utah if you know where to look. With useful information like crime, education, housing and other key data points, finding the best places to live in West Jordan and in the areas around West Jordan is a much easier task.

Conveniently located amenities and interesting attractions are a great way to continuously enjoy West Jordan on a regular basis. Knowing that there are an abundance of amenities and things to do can ensure that you always have access to nearby grocery stores, restaurants and coffee shops.

Based on multiple factors including: median home and rental prices, appreciation rates and home affordability, West Jordan has received high marks in the housing category. Based on these calculations, the apartment rental and real estate market appears to be very healthy.

Certain items on your wish list like shopping, restaurants, nightlife and proximity to public transportation are all important factors to search for. Having said that, perhaps the most important metric to consider when contemplating a move to West Jordan is real estate affordability. The median home price for West Jordan homes is $228,600, which is 1.8% higher than the Utah average. If we take a closer look at the affordability of homes in West Jordan, we’ll see that the home price to income ratio is 3.3, which is 8.3% lower than the Utah average. Real estate appreciation rates in West Jordan are important to consider, as they can act as a guide to determine if your new home purchase will be a solid investment going forward. During the last twelve months, the appreciation rate for West Jordan homes comes in at 10.3%, and the 5 year appreciation rates were 8.8%.

Attractions2/10
Community2/10
Nightlife3/10
Dining2/10
Shopping3/10
Since the last review is from eight years ago potential new residents need to know of all the change in Utah. I avoid this city like the plague after hours because it's turning into a third world county. The amount of refugees, most of them young men from Africa and the Middle East, are in the thousands and changing the demographic of this city faster than it can keep up. Homeless are ignored but refugees are well kept and most of them are clearly not helpless and strong and healthy. If you don't like the direction california is going do not move to West Jordan---you will feel like You are in California. Please consider how you vote in the upcoming elections. These areas have turned into ghettos and Crime has skyrocketed and is an F for this area.
Looking for West Jordan, UT? "Just West of the River Pardner."

Attractions8/10
Community7/10
Nightlife3/10
Dining3/10
Shopping7/10
Looking for a jumping off point for the West, Salt Lake City and Utah? West Jordan is the place you want to start. Named after the river that runs from the Great Salt Lake to Utah Lake, West Jordan, UT is a short commute suburb of Salt Lake City with easy access to all of Utah's Gold! i.e. Music/Dance, Mormon Temple and the world renown Choir, golf and of course the Greatest Snow on Earth..

West Jordan proper is very compact. Various shopping centers are located close to the city center and are available for food, Rx, MD's, auto repair and restaurants. The Lite Rail can wisk you to the downtown areas quickly as well as to the University for plays, concerts and the greatest genealogical library in the world.. Find your Roots!

Lodging is plentiful and a short 20-25 minute drive will get you to the Airport too.

There are a few drawbacks to living in or traveling to West Jordan (Jun 2010): One word Traffic..not usually a problem, but with all the growth here.. construction is everywhere, which s l o w s everything so allow time to thread thru traffic. But once there you will love the Majestic 12,000+ foot mountains all around you.

Bring your camera the sights are to be recorded and your stay memorable!
Source: The West Jordan, UT data and statistics displayed above are derived from the 2016 United States Census Bureau American Community Survey (ACS).
Loading