Top 10 Most Dangerous Cities in the United States 2015

After living in towns with one traffic light and farmland as far as the eye can see, people begin to look for a more thrilling existence. They are more than likely to find it very soon after they arrive in a big city, but it isn't always what they expected. We wanted to help you avoid the disappointments that many people have experienced as they moved to large urban centers, so we compiled a list of the top 10 most dangerous cities in the United States with a population over 100,000. We chose our entries by examining the FBI crime statistics database for violent crime to give you an idea of what you may be headed for if you decide to move to these cities. 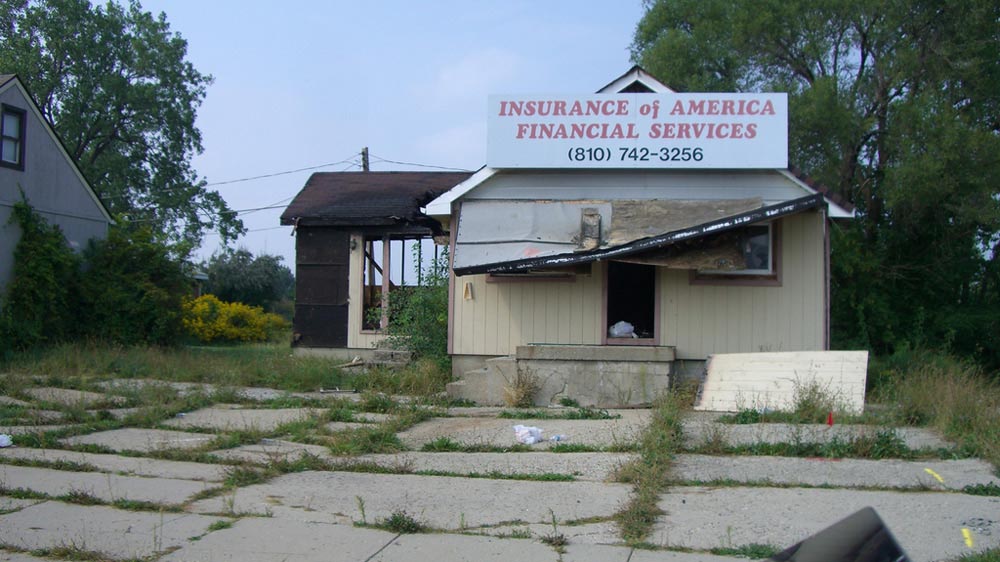 Flint is the largest city in the state, but that isn't its only claim to fame. About 10 years ago, the city of Flint, MI distinguished itself by becoming one of the "Most Dangerous Cities in the United States." Apparently, it deserves to be on this list because officials recorded 1,908 violent crimes per 100,000 people in this one city. This makes the violent crime rate in Flint 324 percent higher than the state average. If you are thinking of moving to Flint, it must be because you have an adventurous spirit. After all, you have one chance in 53 of being assaulted, robbed or even murdered. 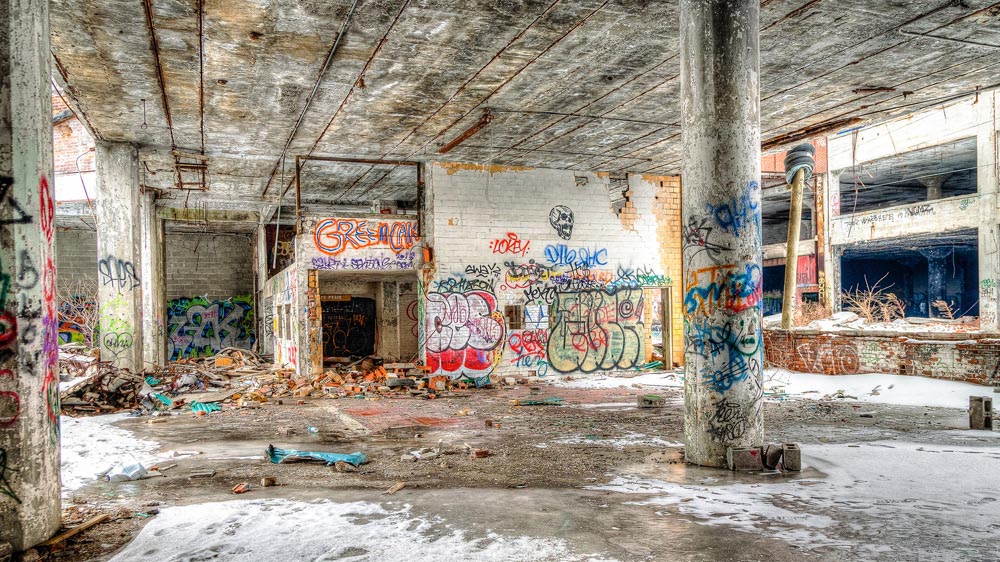 Things might be a little better in Detroit, Michigan these days. But that's not saying much! This city's violent crime rate is 360 percent higher than the state average. With a total of 2,072 violent crimes per 100,000 people, Detroit is no longer the impressive metropolis that it used to be. In better days, this city played host to several car manufacturers and the Motown Record Corporation. Now, the city welcomes a more nefarious crowd that has given up car manufacturing and music in favor of the many opportunities they have to cause physical pain. In Detroit, criminals committed 1,257 assaults per 100,000 people. 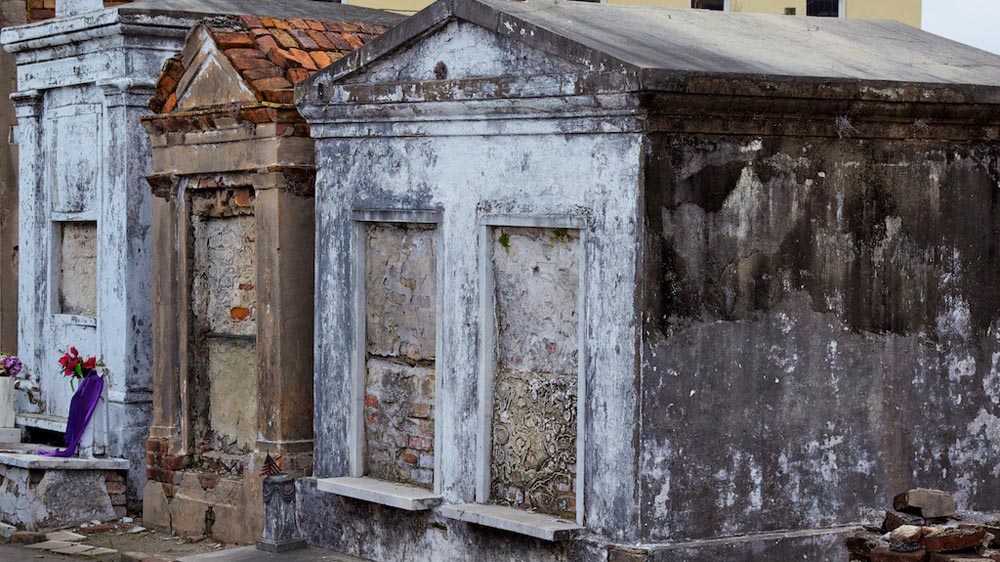 St. Louis has its foot in several different industries, including manufacturing, tourism and transportation, but this doesn't seem to keep the locals busy enough. It appears that they are spending a lot of time relieving residents and tourists alike of their personal possessions. For example, 1,594 out of 100,000 people were victims of those who never learned to keep their hands to themselves. If you can avoid the real possibility of being killed, assaulted or robbed, St. Louis offers you the opportunity to enjoy a trip to the top of the Gateway Arch. Hopefully, you will live to tell about it.

Prior to the 1960s, the local government treated youthful offenders gently. During that tumultuous decade, law enforcement decided to try a much different tactic. The result was an increasing crime rate that doesn't show signs of slowing down. Oakland, CA had 1,977 violent crimes per 100,000 people while there were only 368 such crimes per 100,000 people recorded nationwide. It's clear that Oakland has a problem with crime, but the city only hired 2.2 police officers per 1,000 residents. The national average is 3.3 law enforcement officials per 1,000 people. It seems that government officials may be living in a state of denial in Oakland. 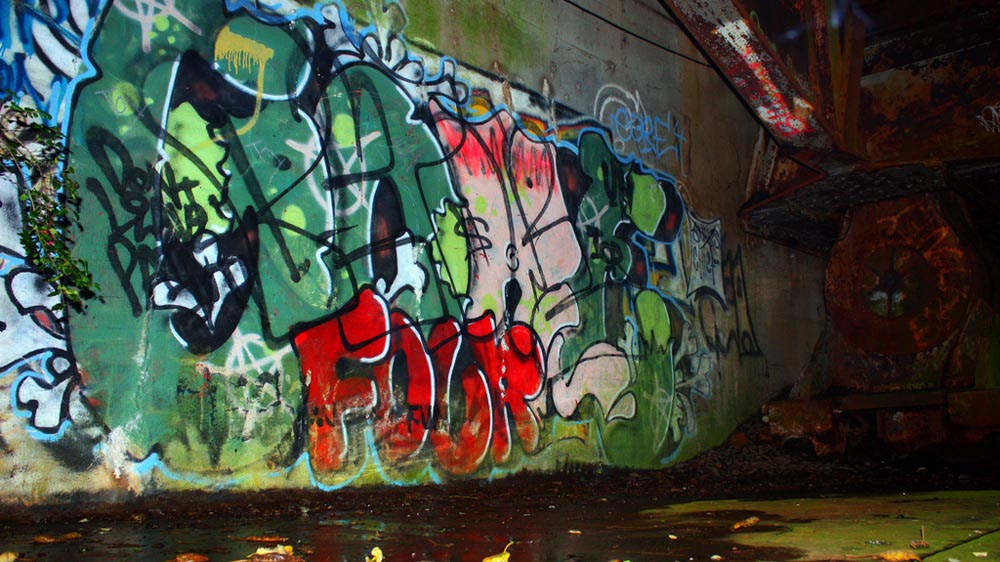 Memphis, TN has a great musical history with B.B. King, Aretha Franklin, Elvis Presley, Jerry Lee Lewis, Carl Perkins, Muddy Waters and Robert Johnson all calling this city home at one time. Unfortunately, Memphis couldn't hold on to this glorious past and began to be known as one of the most dangerous cities in the country. Rather than the sweet sounds of the blues and rock and roll, people are more likely to hear screams of terror. With 1,656 violent crimes per 100,000 people, the violent crime rate in Memphis is 180 percent higher than the state's average and that's saying a lot considering the Memsphis violent crime rate is already 60% higher than the national average. 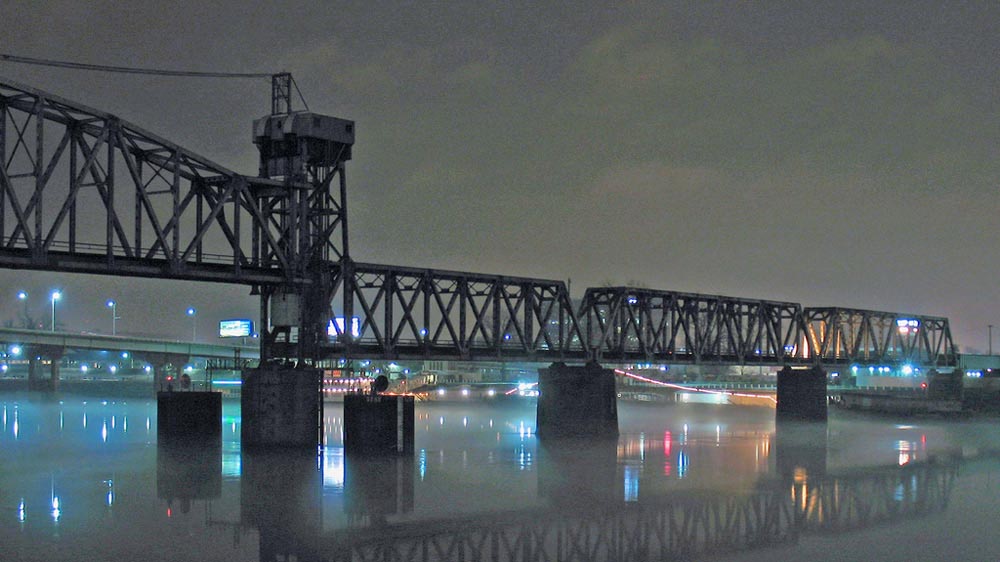 During the fall, the leaves turn a beautiful shade of red, but this may be where the beauty ends. With a violent crime index equal to 1,407 per 100,000 people, Little Rock's violent crime rate is 205 percent higher than the Arkansas average. Notably, Little Rock is the place to go if you want to be the victim of a violent crime because there were 1,679 assaults and 35 murders in this city. No wonder Bill and Hillary were so happy to leave Little Rock to take up residence within the safety of the White House. 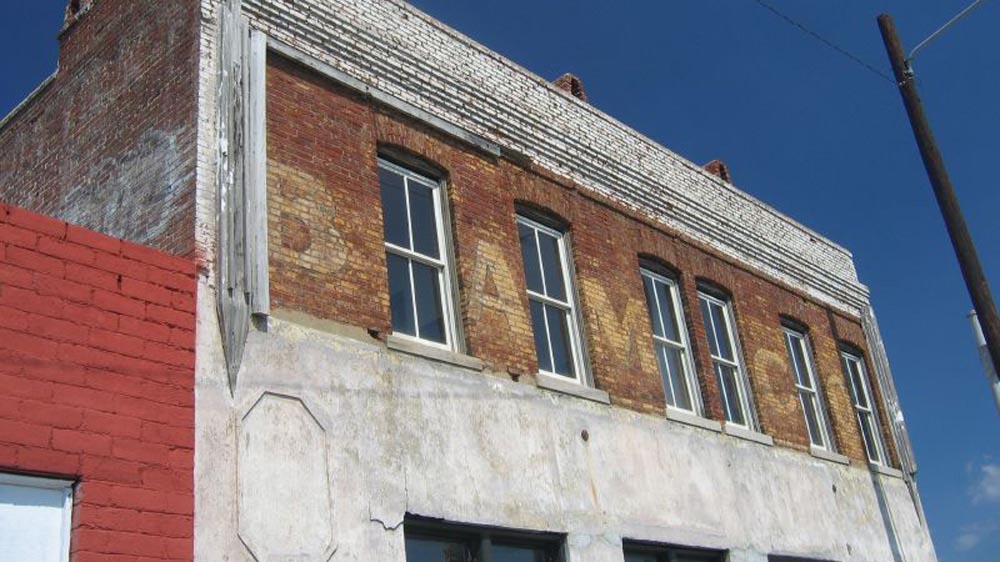 Birmingham's nickname is "The Magic City." The only magic this city performs is making people disappear. Before you begin to think that you are in for an enchanted adventure when you step foot in this city, remember that Birmingham's violent crime rate is 212 percent higher than the state average. This means that you are very likely to encounter someone who wishes to assault or rob you as you take a leisurely stroll on a pleasant summer night. Specifically, you have one chance in 75 of having something not so memorable happen to you. Criminals committed a total of 775 assaults and 457 robberies per 100,000 people. Take a walk if you dare, but you might be rolling the dice! 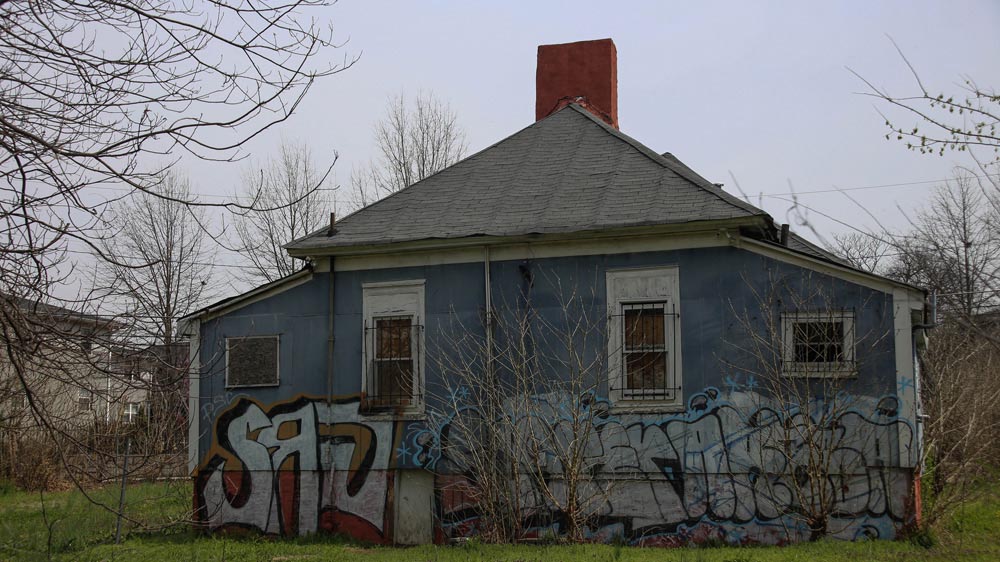 The Georgia Aquarium in Atlanta contains a few predators, but these whale sharks will not be able to hurt you if you resolve not to enter their watery domains. The same cannot be said of the scary creatures that are looking for you on the public streets of Atlanta, GA. These people took advantage of the opportunity to commit assault at a rate of 657 per 100,000 residents, and they committed robbery at a rate of 524 per 100,000 people. Furthermore, Atlanta's violent crime rate is a whopping 234 percent higher than the state average. You might be safer with the sharks after all. 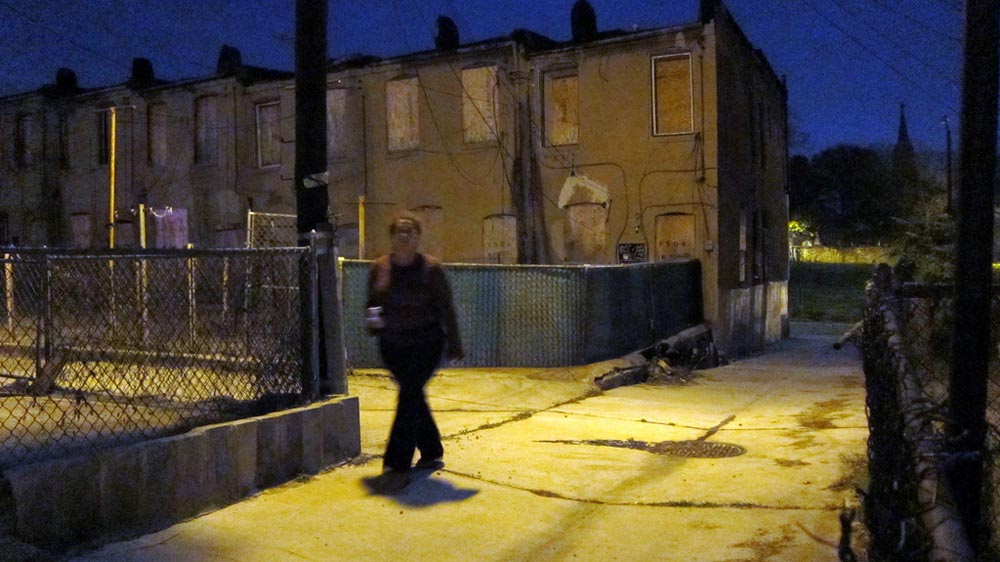 Baltimore has 5.3 police officers per 100,000 residents while the national average is only 3.3. If you think that this means Baltimore is a safer place to be, think again. Baltimore needs those extra police officers because the city's violent crime rate is 195 percent greater than the Maryland average. Furthermore, Baltimore residents have one chance in 72 of being the target of someone who wishes to do them harm. President John Quincy Adams gave Baltimore a special honor by naming it "The Monumental City." A more accurate term for today's situation came to the city during the 1800s. At that time, Baltimore was regularly called "Mobtown." 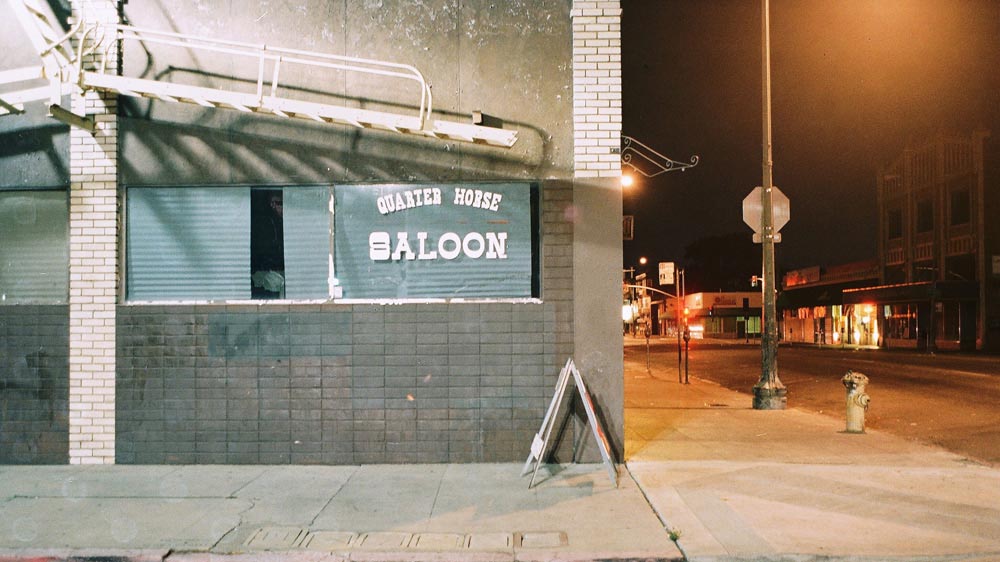 Stockton has some beautiful areas. It was built right next to the San Joaquin River and has gorgeous architecture. However, you may have heard people say, "All that glitters isn't gold." They must have been talking about Stockton, California because there is one chance in 83 that a resident will be the victim of a violent crime. Specifically, officials recorded 32 murders, 91 rapes, 1,088 robberies and 2,411 assaults. I don't know about you, but none of these possibilities seems very pleasant to me.

For more information about the safest places to live, check out the AreaVibes safest cities in America list for real-time, up-to-date and interactive top 100 best and worst list of cities. The report is sortable, and it allows you to filter by population and by category as well as your preferred state.