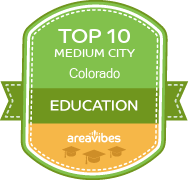 Best Places to Live in and Around Dakota Ridge

If you’re considering relocating to any new city, it could be a very discouraging task. However, it could also be a fulfilling experience if you are willing to get to know the area before actually living in Dakota Ridge, Colorado. Finding the best places to live in Dakota Ridge and nearby areas is a much easier task when you can rely on information and data from the livability score, which includes amenities, crime, weather, education and other important metrics.

With a livability score of 72/100, Dakota Ridge is ranked #8,291 in the United States and #64 in Colorado. Based on the scores for each individual category, Dakota Ridge has been rewarded with high marks for amenities (A+) and employment (B). On a more negative note, Dakota Ridge does not have favorable grades for the following: cost of living (F). If we take a look at the data, we can find out why.

Based on the proximity of local amenities like grocery stores, restaurants, coffee shops, parks, librairies, etc., Dakota Ridge has received a higher than average score for its local amenities. If you’re planning on relocating and making this area your permanent home, it’s nice to know that there is an ample amount of amenities and things to do within walking distance or a short drive.

Certain items on your wish list like shopping, restaurants, nightlife and proximity to public transportation are all important factors to search for. Having said that, perhaps the most important metric to consider when contemplating a move to Dakota Ridge is real estate affordability. Median real estate prices in Dakota Ridge come in at $281,000, which is 6.2% higher than the Colorado average. The home price to income ratio compares the median home prices to the median household income. In Dakota Ridge, the home price to income ratio is 3.1, which is 26.2% lower than the Colorado average.

See the best places to live in & around Dakota Ridge

10 best cities to buy a new house in Colorado