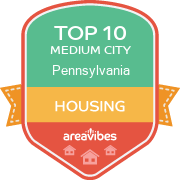 Best Neighborhoods In & Around Baldwin, PA

Write a review about Baldwin Tell people what you like or don't like about Baldwin…
Review Baldwin
Baldwin Pennsylvania: A Nice Place to Live

Attractions9/10
Community9/10
Nightlife8/10
Dining8/10
Shopping9/10
I had a great time living in Baldwin Pennsylvania. It is just a nice place to live. The borough is located in the Pittsburgh Metropolitan area. The weather in Baldwin is ideal for its northern locale. The housing and employment markets are on an upswing. The cost of living in Baldwin is conducive and the weather is always usually great. Its education system is above average in Pennsylvania and crime levels are reasonably low. Baldwin’s housing market is ok but could be better.

The community of Baldwin is very closely woven. It is a place where you can find lifelong friends and relationships. It is commonplace to know most of your neighbors by their first name. There are plenty activities in the local area. The district has a great share of stores, shops, restaurants, and after hours venues. The city is always manicured, well-kept, and wholesome. Best areas in Baldwin surround the downtown area. Lots of sightseeing can be done downtown, seasonal happenings, and other family interests.
Source: The Baldwin, PA data and statistics displayed above are derived from the 2016 United States Census Bureau American Community Survey (ACS).
Loading