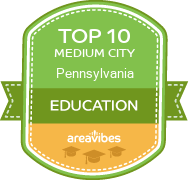 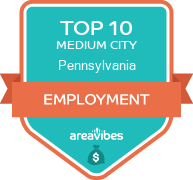 Allison Park, Pennsylvania is a mid-sized city with a population of 21,515 people. At 92%, the majority of the Allison Park population is White; this is followed by 5% Asian and 2% Black. Allison Park is known to be family friendly as more than 85% of the population has already tied the knot. It might also be worth noting that 61% of residents also have children under the age of 18.

Whether you’re relocating to a new area to be closer to family, friends or for a new job, living in Allison Park could be a positive experience compared to other cities in Pennsylvania if you know where to look. The best areas in Allison Park and in surrounding cities are easier to find when you are able to make informed decisions. Using data from cost of living, weather, housing, you will see a detailed breakdown of the most important information as well as comparisons to the Pennsylvania and national averages.

With a livability score of 80 out of 100, Allison Park is ranked #1,615 in the United States and #125 in Pennsylvania. Pack your bags! This is a very high score in comparison to other US cities. Living in Allison Park could be a great choice! The cherry on top is that Allison Park also ranks in the top 10 percent of all cities. If we examine each of the categories on their own, we see that Allison Park ranks well for amenities (A-), crime (A-), education (A+) and employment (B). On a less positive note, Allison Park does not have favorable grades for the following: cost of living (D) and weather (D). If we take a look at the data, we can find out why.

Conveniently located amenities and interesting attractions are a great way to continuously enjoy Allison Park on a regular basis. Knowing that there are an abundance of amenities and things to do can ensure that you always have access to nearby grocery stores, restaurants and coffee shops.

School test scores can be an important metric in deciding if the local area schools can provide a solid educational system for children. The schools in Allison Park have a test score average of 75%, which is well above the US average.

Attractions4/10
Community6/10
Nightlife4/10
Dining4/10
Shopping5/10
If you're looking for outdoor adventures, interesting attractions and great food, Allison Park is the place. Whether you're searching for family-friendly outings or need something memorable to do with friends, here are a few activities to consider.

Go Ape Treetop Adventure Course is a great place to visit if you want to zipline and enjoy nature. This is a thrilling attraction that you and your loved ones are likely to remember for a long time. Breakout Games is also nearby, and features a number of games that require you to break out of locked rooms and tight spaces. You can also check out Hartwood Acres, which features fascinating architecture and a rich history of the area.

If you want to do some shopping after your gaming adventures, Ross Park Mall has plenty of specialty shops, clothing stores, beauty/makeup counters and lots of dining options at the food court. You can end the day at La Casa Narcisi Winery, where you can sample delicious wines and get ideas for food pairings.
Source: The Allison Park, PA data and statistics displayed above are derived from the 2016 United States Census Bureau American Community Survey (ACS).
Loading