Best Places to Live in and Around Santa Ana

Santa Ana is a big city located in the state of California. The city has a population of 333,605 inhabitants. Santa Ana has a population density of 12,290 people per square mile. This would be considered well above the national population density level. More than a quarter of the residents of Santa Ana identify themselves as Hispanic or Latino, and 71% of the population speak Spanish as their primary or secondary language. Santa Ana could be a great place for young adults and students as the average age of 31 years old is below the nation’s average.

Without the right tools, relocating to any new area can be very stressful and challenging. Living in Santa Ana, California could be a great experience for anyone who puts in the time to do the research required. With useful information like amenities, education, employment, housing and other key data points, finding the best places to live in Santa Ana and in the areas around Santa Ana is a much easier task.

Santa Ana has a livability score of 62/100 and is ranked #885 in California and #21,618 in the USA. If we consider each of the categories individually, we see that Santa Ana ranks well for amenities (A+) and weather (A+). On a more negative note, Santa Ana does not have favorable grades for the following: crime (D), cost of living (F), education (F), employment (D) and housing (D). If we take a look at the data, we can find out why.

Based on the proximity of local amenities like grocery stores, restaurants, coffee shops, parks, librairies, etc., Santa Ana has received a higher than average score for its local amenities. If you’re planning on relocating and making this area your permanent home, it’s nice to know that there is an ample amount of amenities and things to do within walking distance or a short drive. Some of the interesting things to do and attractions include: Discovery Science Center, Bowers Museum of Cultural Art, and Santa Ana Zoo at Prentice Park.

Unemployment rates can range pretty dramatically from one city to another. Knowing that Santa Ana has an unemployment rate of 1.49% probably means that there are ample job opportunities for you to consider as it is far below the national average.

There are many factors that go into deciding if an area is the right fit for your lifestyle. Certain “must haves” like low crime, great schools and nearby amenities are all at the top of most people's lists. But before even considering if those options are available, most people will need to know if the real estate in Santa Ana is actually affordable. The median home price for Santa Ana homes is $383,900, which is 6.2% lower than the California average. If we take a closer look at the affordability of homes in Santa Ana, we’ll see that the home price to income ratio is 7.1, which is 10.9% higher than the California average. For most people, purchasing a new home is the biggest investment they will make in their lifetime. Taking a look at overall real estate appreciation rates in Santa Ana will offer some insight into determining if your home purchase will be a solid investment for years to come. In Santa Ana, the year-over-year appreciation rates were 7.7%, and the 5 year appreciation rates came in at 8.7%. 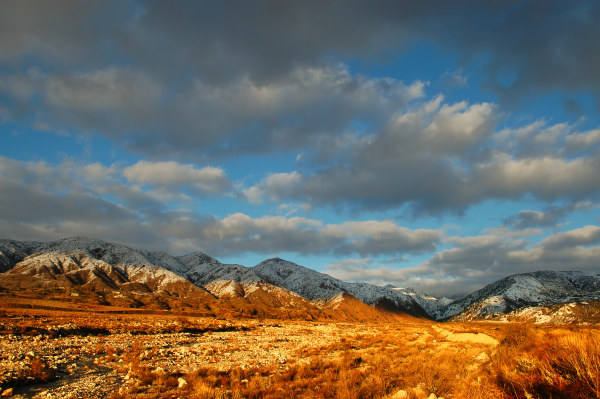 See the best places to live in & around Santa Ana