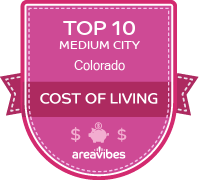 Best Places to Live in and Around Pueblo West

See all the best places to live around Pueblo West

Located in the state of Colorado, Pueblo West is a mid-sized city with a population of 30,495 residents. According to the most recent Census, 88% of Pueblo West residents are White, 2% American Indian and Alaskan and 1% Black. 82% of the people in Pueblo West (over the age of 15) are married and 61% have kids under the age of eighteen. Knowing that, it’s safe to say that this area could be a great place for other families to lay down roots.

Are you trying to ascertain if living in Pueblo West is the right fit for your lifestyle? To ensure a positive experience before moving to any new city in Colorado, you will probably want to make sure that you check all of the most important boxes. Finding the best places to live in Pueblo West and nearby areas is a much easier task when you can rely on information and data from the livability score, which includes crime, weather, education, housing and other important metrics.

The livability score in Pueblo West is 56/100 and the city is ranked in the 9th percentile of all cities across America. This score ranks well below the United States average. With such a low livability score, it might be worth investigating a little further. Pueblo West ranks so poorly that more than 90% of the cities in all of the USA have a higher score. The bad news for Pueblo West, there are some categories for which it does not score well, this includes: amenities (F), crime (F) and education (F).

Being close to public transportation, grocery stores, parks and other conveniences are all important when weighing your options for a new home in Pueblo West. Before you determine if any of these amenities are available in the area, you will also want to know if the real estate prices in Pueblo West are affordable. The median home price for Pueblo West homes is $178,000, which is 32.7% lower than the Colorado average. If we take a closer look at the affordability of homes in Pueblo West, we’ll see that the home price to income ratio is 2.8, which is 33.3% lower than the Colorado average.

10 Best cities in Colorado for employment

Top 10 cities in Colorado with the best education system