Best Places to Live in and Around Pearland

See all the best places to live around Pearland

What do the locals think about Pearland?

Pearland, TX came to light in 1893. Contrary to its name, the city is famous for figs other than pears. The city was a common settlement area for people in the 19th century. In the beginning, the city was known as Mark Belt after the establishment of a post office. It later changed to Pearland in late 1893 after the emergence of many pear trees. Over the years it has expanded to become one of the fastest-growing cities in the United States. The city operates under the municipal government, and it stands in the Gulf Coast region in the State of Texas. The metropolitan areas near Pearland include Houston-Sugar and Land-Baytown. It is also near various counties such as Harris, Fort Bend, and Brazoria.

Pearland is among the safest places to raise your children. The people around the city are quite friendly, and it holds some of the lowest crime rates when compared to other cities in Texas. The town is a fabulous suburban area to live in Texas. You will not have to worry about providing your child with the right education because it hosts some of the best schools in the US.

If you are a fan of reading, you can visit the Pearland Library located at 3522 Liberty Drive or the Pearland Westside Library. It is quite easy to move around Pearland because of the diversity of transport means. For example, there is the Metro Parks and Ride that operates around 29 Park and then cuts across Harris County. Through this Park and Ride, residents in Pearland can easily travel to the Texas Medical Centre and Downtown Houston.

The freeway system in Pearland is the State Highway 288 that connects it to Houston. Other freeway systems in the city include FM 518, State Highway 35, SH 288, and others. There are both private and public airports in the city of Pearland. The most common public airport includes the Brazoria County Airport, while private airports are the Pearland Regional Airport and the SkyWay Manor Airport.

If you are a resident or simply visiting Pearland, you can find plenty of entertainment joints and events to attend. You can join other community members for the Pearland Farmers Market event, WHW2N Pearland Luncheon, among other special occasions. 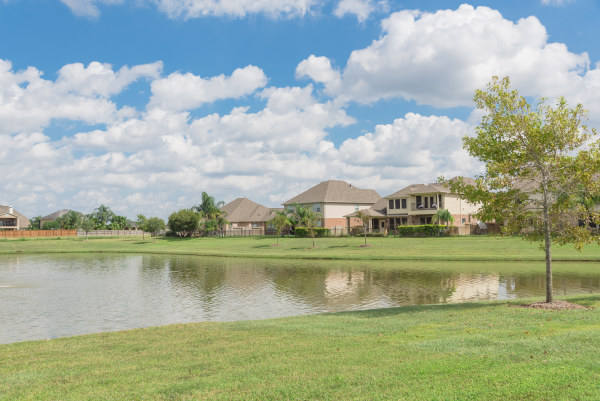 See the best places to live in & around Pearland

Attractions7/10
Community7/10
Nightlife6/10
Dining6/10
Shopping10/10
I lived in Pearland, Texas since before the great influx of building and urban sprawl. This was fueled during the hot subprime market, and the entire place changed immediately. People that lived here before the influx began to make more money selling property than they could with ranching. Still some saw the handwriting on the wall as Houston grew and became one of the largest economies in the entire world.

However, you have to take the good with the bad. We now have one of the largest outdoor style malls in America, and all the nice restaurants are close. Additionally, this type of infrastructure means that we do not have to face the amazing traffic along highway 288 both going and coming. In addition, if you know the back streets like we do, the traffic is really not a problem. Another nice feature is that the neighborhood associations have remained strong. This is good because it has not let homes decay. This is important because with this type of growth, people come and go often, and homes become uninhabited.

In some places this can be a problem, but here, it is hardly noticeable due to the strong deed restrictions that are instituted. When the neighborhoods are kept up, crime is less likely and police patrol often. We also have a very large school district that is competitive statewide. Because the neighborhoods are active, we often enjoy outdoor activities, and we can normally find some type of game to attend year round. Things like this make it seem as though Pearland is still a bedroom community. We have resisted that urge to find a less populated area because all of the areas close to Houston will eventually become part of either Houston proper or a suburb. We stay, and when all is considered, we love it.
Source: The Pearland, TX data and statistics displayed above are derived from the 2016 United States Census Bureau American Community Survey (ACS).
Loading