Best Places to Live in and Around Newport Beach

Newport Beach is a mid-sized city located in the state of California. The city has a population of 86,813 inhabitants. With a population density of 3,651 people per square mile, Newport Beach is well above the nation's average density level. According to the most recent Census, 85% of Newport Beach residents are White, 8% Asian and 1% Black. Newport Beach is known to be family friendly as more than 85% of the population has already tied the knot. It might also be worth noting that 67% of residents also have children under the age of 18.

Whether you’re moving to a new area to be closer to family, friends or for a new job, living in Newport Beach could be a positive experience compared to other cities in California if you know where to look. The best areas in Newport Beach and in surrounding cities are easier to find when you are able to make informed decisions. Using data from cost of living, education, housing, you will see a detailed breakdown of the most important information as well as comparisons to the California and national averages.

The livability score in Newport Beach is 83/100 and the city is ranked in the 97th percentile of all cities across America. Clearly, Newport Beach is doing something right, as this score ranks well above the average of most cities. Newport Beach has also earned the rare honor of ranking in the top 10 percentile among all cities. Based on the grades for each individual category, Newport Beach has been rewarded with high marks for amenities (A+), crime (B+), weather (A+), education (A+) and employment (A). Regrettably for Newport Beach, there are some categories for which it does not score well, this includes: cost of living (F).

Feeling a sense of safety in the area that you live in is a must for most people. Low crime rates can have a positive impact on things like home prices, home appreciation rates and the overall sense of community. Newport Beach has a violent crime rate of 143 crimes per 100,000 residents which is far lower than the national average.

The average school test scores in Newport Beach are 66%. This far exceeds the national average and ensures that this educational system will provide your children with the skills and the tools they need to thrive.

Certain items on your wish list like shopping, restaurants, nightlife and proximity to public transportation are all important factors to search for. Having said that, perhaps the most important metric to consider when contemplating a move to Newport Beach is real estate affordability. Median real estate prices in Newport Beach come in at $1,584,900, which is 287.2% higher than the California average. The home price to income ratio compares the median home prices to the median household income. In Newport Beach, the home price to income ratio is 13.7, which is 114.1% higher than the California average. Real estate appreciation rates in Newport Beach are important to consider, as they can act as a guide to determine if your new home purchase will be a solid investment going forward. During the last twelve months, the appreciation rate for Newport Beach homes comes in at 4.7%, and the 5 year appreciation rates were 8.3%. 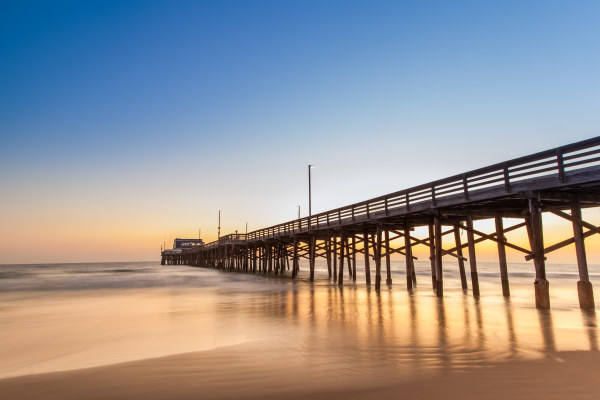 See the best places to live in & around Newport Beach