Best Places to Live in and Around New Haven

See all the best places to live around New Haven

What do the locals think about New Haven?

The coastal city of New Haven, Connecticut is located on the Northern shore of the Long Island Sound, making it part of the New York metropolitan area. Over 100,000 people call the city home, and it is the state’s second-largest city after Bridgeport. It is the home of Yale University, which is steeped in tradition and history. While it is only slightly more expensive than the U.S. average to live, rent and buy in New Haven, it is one of the cheaper areas of the state in which to live. Make the move to this centrally-located city with the peace of mind that it is not too expensive.

New Haven has a temperate climate. While summers are hot and humid, winters are much cooler, seeing a mix of rain and snow. Compared to cities like Boston, Rochester and Ann Arbor, however, winters are relatively mild, with plenty of days above freezing. Pack a winter jacket and boots, but also leave room for lighter layers and warm-weather clothes as well.

Due to being a university city, the public transportation options in New Haven are top-notch. From buses and shuttles to Amtrak, to Metro North and New Haven Port Authority transportation, cheap options abound to get to areas such as Long Island, New York City, Boston, Philadelphia, Hartford and Greenwich. Keeping Yale students in mind, all of the options are relatively inexpensive, too, which is a score for you.

Outdoor lovers will love East Rock Park, West Rock Ridge State Park and picnicking on New Haven Green. Culture buffs will not want to miss the PEZ Visitor Center. Although there are things to satisfy people in both of these groups, New Haven is best enjoyed by two types of people: those who love university areas and foodies. There is a long-standing debate in New Haven about which restaurants invented the hamburger and Connecticut Style pizza. Check out Modern Apizza and Frank Pepe Pizzeria Napoletana to decide for yourself. Burger lovers will love the classic hamburger from Louis’ Lunch. Do not forget the chips! For fancier fare, Downtown New Haven offers plenty of chic places to eat lunch, go out to dinner and drink. Yale University offers plenty of places to take pictures, gothic architecture to wander around and an exquisite main library. The Yale Peabody Museum of Natural History, the Yale University Art Gallery and the Yale Center for British Art are so vast, that multiple trips are needed to see everything. Luckily, once you move there, you can!

Be part of an Ivy League university with a storied past, live like a scholar and enjoy access to the largest city in the country when you live in New Haven, The Elm City. 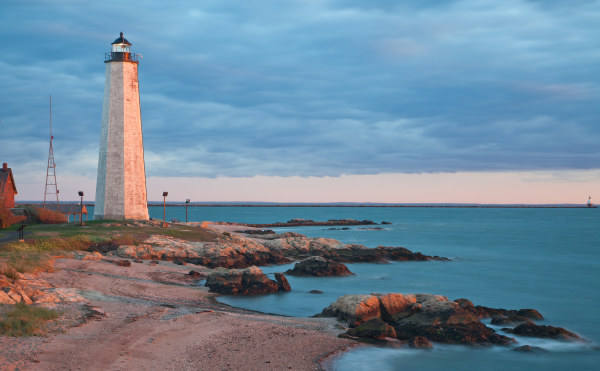 See the best places to live in & around New Haven

Write a review about New Haven Tell people what you like or don't like about New Haven…
Review New Haven
New Haven- The dual identity city
Attractions10/10
Community5/10
Nightlife8/10
Dining8/10
Shopping6/10
This city has it's good points that set it far above the normal city attractions such as Yale, the museums, the historical background, beaches, music, clubs/venues, nightlife, restaurants, festivals, and culture. However, there is a horrible dark side to this city. I know this because I see what's going on outside my window, watch the local news, read statistics, and are constantly woken up at night by the sirens from police cruisers and ambulances driving by to find the next young victim of a gang related shooting.
The apartment I live in now I found for rent in the classifieds. It was big, beautiful, clean, architecturally stimulating with utilities included, and in our price range!! We viewed it during the day at the end of summer. It seemed ok, pretty quiet, and not too far from downtown. We signed the lease and moved in. Now, almost a year later, we have realized we now live right in the middle of gang territory. I'm afraid to walk alone anywhere, my car got stolen, and there are illegal activities everywhere you go. Basically the moral to this story is research and research some more where you think you want to move to. There may be a good reason why that awesome home/apt is so cheap! Another tip, don't trust realtors or property owners. It's all about the $ they'll be raking in. I'm NOT saying that all of New Haven is bad/ unsafe, it's not. There are wonderful sections of NH to live in. But you have to be careful all the time and know the places to stay away from!
7 0
New Haven, CT City Guide
Attractions7/10
Community7/10
Nightlife8/10
Dining8/10
Shopping7/10
I lived just outside the city of New Haven a few years ago and enjoyed every opportunity I had to go into this very small city. It's an old seaside town with plenty to do and see.

One real positive about New Haven is the crime rates, or lack of crime. New Haven is known as a very safe city, so you should feel comfortable raising your family in New Haven.

Museums in New Haven like the Peabody Natural History Museum and the available Yale University art and history exhibits make for great afternoon dates or family outings. Restaurants in New Haven are plentiful, and all delicious! Pizza lovers should try "New Haven style" pizza from Frank Pepe's Pizzeria Napoletana; it's a real treat.

Though New Haven has lost some of its reputation over the years, it is picking up again, becoming a great place for singles and young families to live, with a happening social scene and quite a lot of culture and attractions.
0 -12
Source: The New Haven, CT data and statistics displayed above are derived from the 2016 United States Census Bureau American Community Survey (ACS).
Loading