Unless you're an amateur sleuth specializing in unsolved murders, these cites are good places to avoid. If you're ready to see the country, take our advice, and don't book a permanent vacation in these rough towns where everyone lives on the wrong side of the tracks. Because we care about your safety and general well-being, we've compiled this list of the 10 most murderous cities in the United States. This terrifying tally is based on each city's murder rate per 100,000 residents. Only the biggest, most murderous cities were considered for our prizes. Shall we get started? 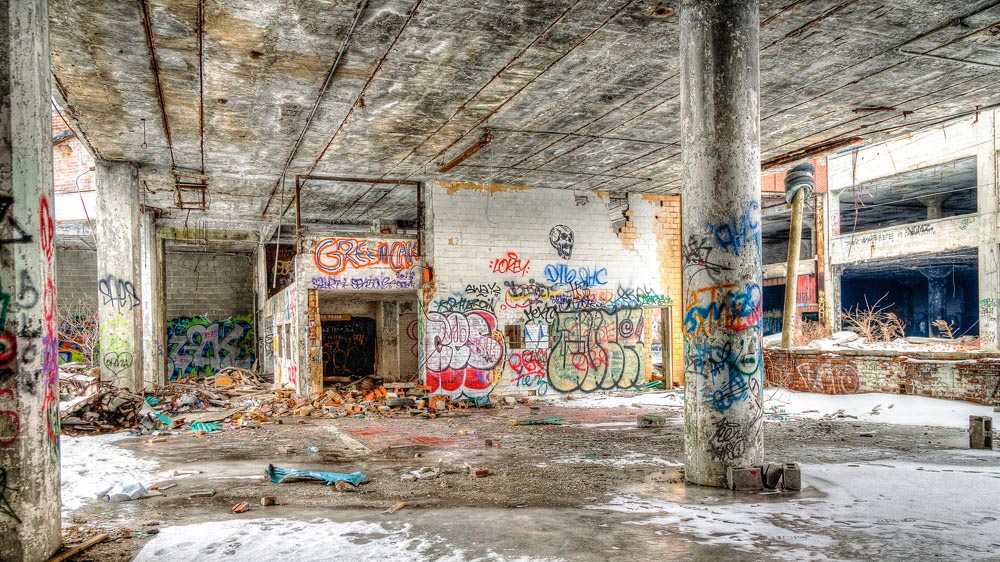 With 45.1 murders per 100,000 residents, Detroit churns out fresh corpses almost as quickly as they build new cars. This adds up to a whopping 316 murders annually. With such an impressive number of robberies, rapes and assaults, walking around town is like playing extreme roulette. The city has 97 percent more police officers than the Michigan average. However, it seems like the men in blue are too busy solving crimes to prevent them. On the bright side, Detroit is safer than 1 percent of Michigan's cities and 2 percent of cities across the continent. That's a real accomplishment! Learn more about the Detroit, MI crime rate. 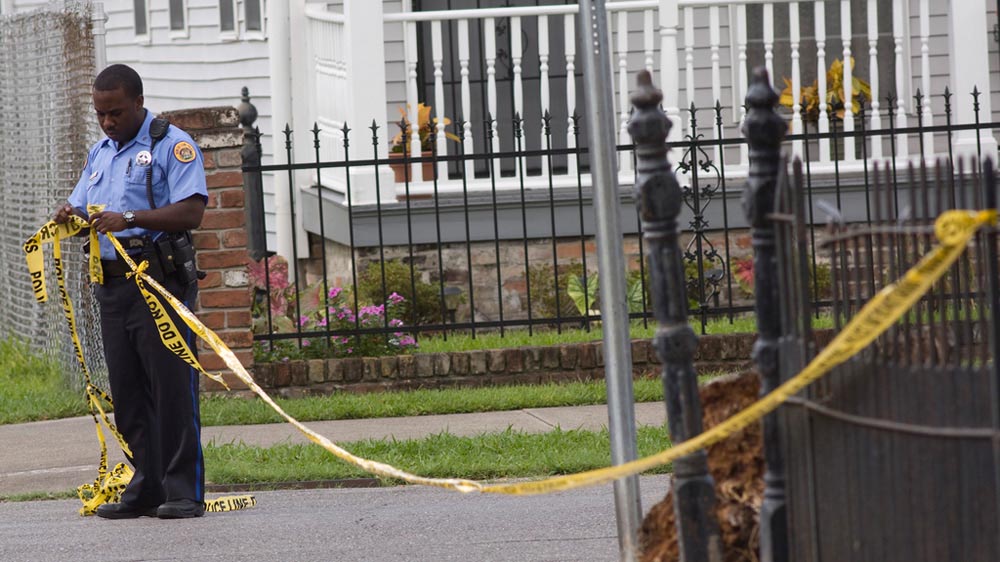 According to our experts, New Orleans scored an "F" for crime. Believe us when we tell you that "F" does not stand for "fantastic". All the stats indicate that New Orleans is riddled with violent crimes. The murder rate is impressively freaky at 41.3 per 100,000 residents. With a population of 343,000, the city puts 156 new murders on the books each year. New Orleans experiences 50 percent more violent crimes compared to the rest of the notoriously violent state. It's time to pick up some voodoo charms because your chances of being a victim are one in 128. Learn more about the New Orleans, LA crime rate. 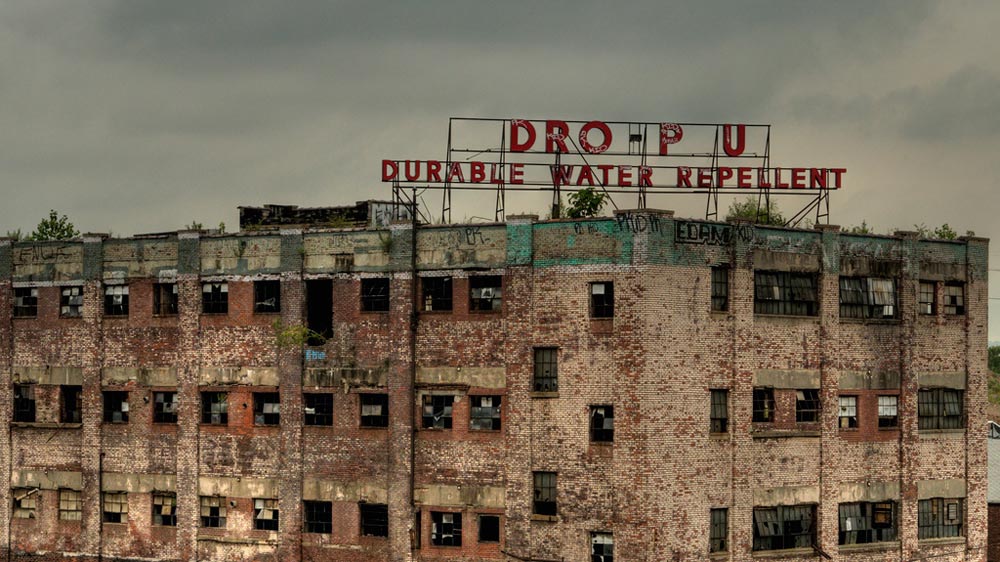 The Newark aiport is considered one of the best in the US, but unless you plan on hiding in the luggage area, Newark is a dangerous place. New Jersey is a relatively safe state with violent crime rates that are 21 percent below the national average. However, this sense of security spontaneously disappears when you step inside the Brick City. This oasis of crime is responsible for 112 murders each year, which is 40.2 per 100,000 residents. If you like being busy, become a police officer in Newark. The town's force of 1,322 investigates 3,539 violent crimes annually. Here's a travel tip. If you see a guy with red stains on his shirt, don't ask him if he enjoyed the pizza. Learn more about the Newark, NJ crime rate. 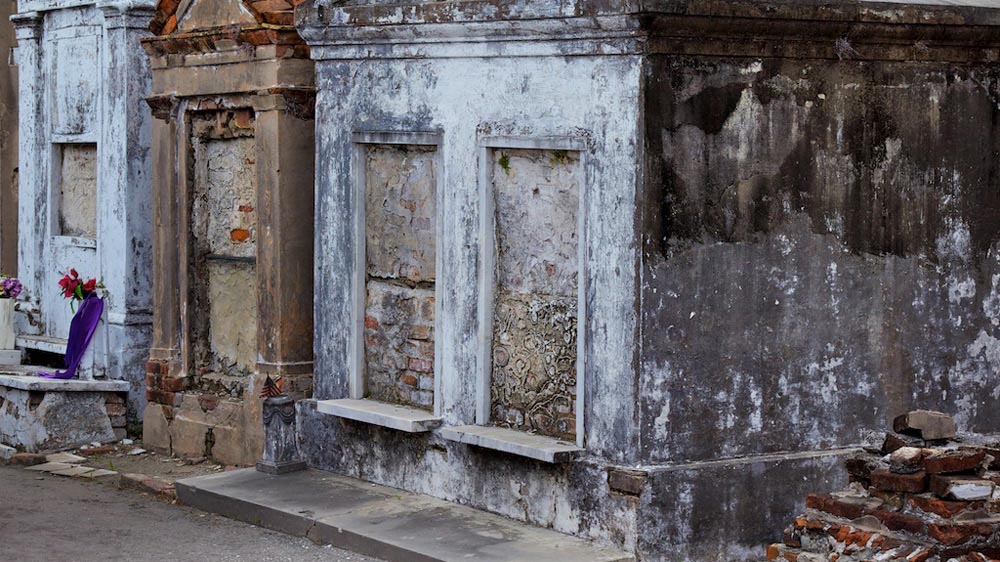 Even the Midwest has a murderous dark side that you can discover on a visit to St. Louis. The city's famous Gateway Arch supposedly celebrates the nation's westward expansion, but it's easier to believe that it commemorates the city's record-setting crime rates. Each year, 37.6 murders occur per 100,000 residents. That equals 120 deaths annually. St. Louis isn't the capital or the state's largest city, but it's made a big impression with a violent crime rate that's 267 percent higher than the state average. The town has plenty of police officers. It's only logical to assume that it's still not enough to crack down on all the crime in this sporty city. Learn more about the St. Louis crime rate. 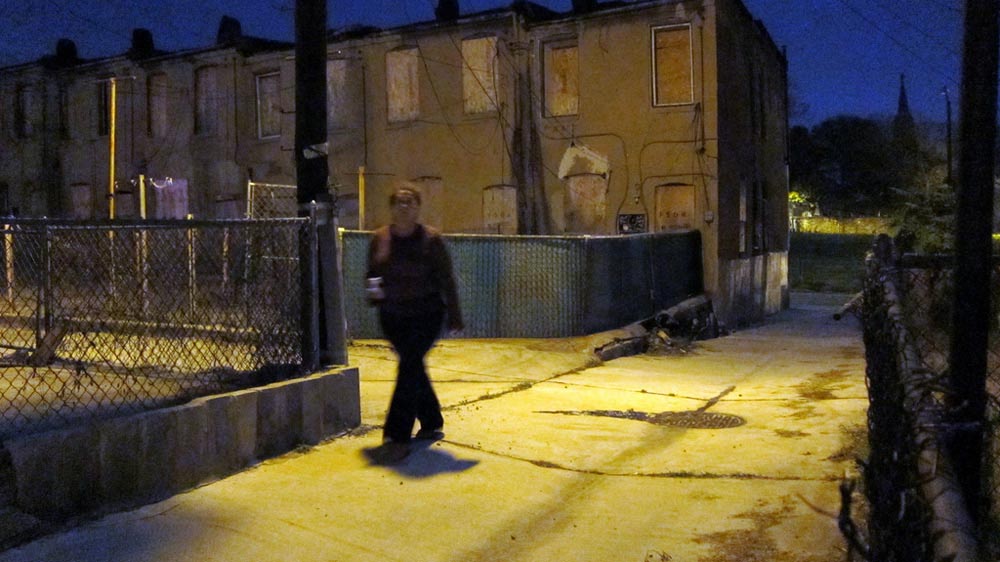 Baltimore is a fantastic city known for its naval ports, sports teams, scenic Inner Harbor and notable residents, including John Waters, Babe Ruth and Edgar Allen Poe. It's also known for its exceptional murder and violent crime rates. How safe is Baltimore? In Maryland, 99 percent of cities are safer than Baltimore. According to our experts, Baltimore sees 223 murders annually, which is 37.4 per 100,000 residents. Together with its outstanding performance in violent crimes, Baltimore is 195 percent more dangerous than the rest of Maryland. Learn more about the Baltimore, MD crime rate. 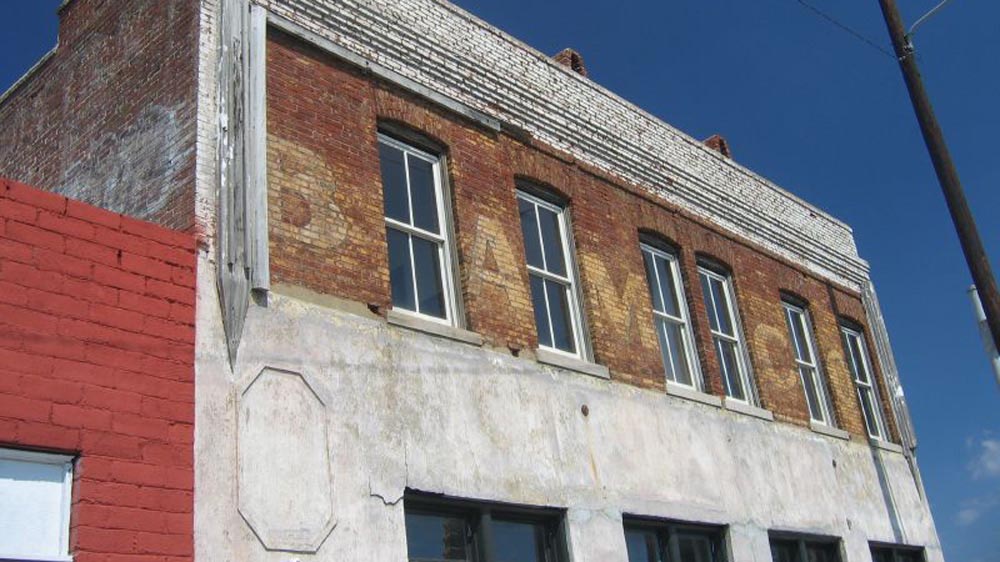 If you're a regular reader, you'll know that Birmingham is one of our favorite cities. But, unfortunately, not for all the right reasons. It appears on many of our top 10 lists, including our recent breakdown of the nation's 10 most dangerous cities. Birmingham is not just dangerous. It's murderous. Property damage reports are more than 100 percent higher than the Alabama average, but this is nothing compared to the city's violent crime rate, which is an eye-popping 212 percent higher. The city has 63 murders each year, which equates to 29.7 muderders per 100,000 people. Learn more about the Birmingham, AL crime rate.

As you may know from geography class, Jackson is the capital of Mississippi. What you probably didn't learn is that it's the murder capital of the state. The city is named after the nation's seventh president Andrew Jackson, who is turning over in his grave right now. Here are a few things that would have really bugged Old Hickory. The rate of violent crime in his eponymous city is 237 percent higher than the rest of the state. This includes 50 murders and thousands of violent crimes each year. Maybe Jackson, TN, would have been a better pick for him. Learn more about the Jackson, MS crime rate. 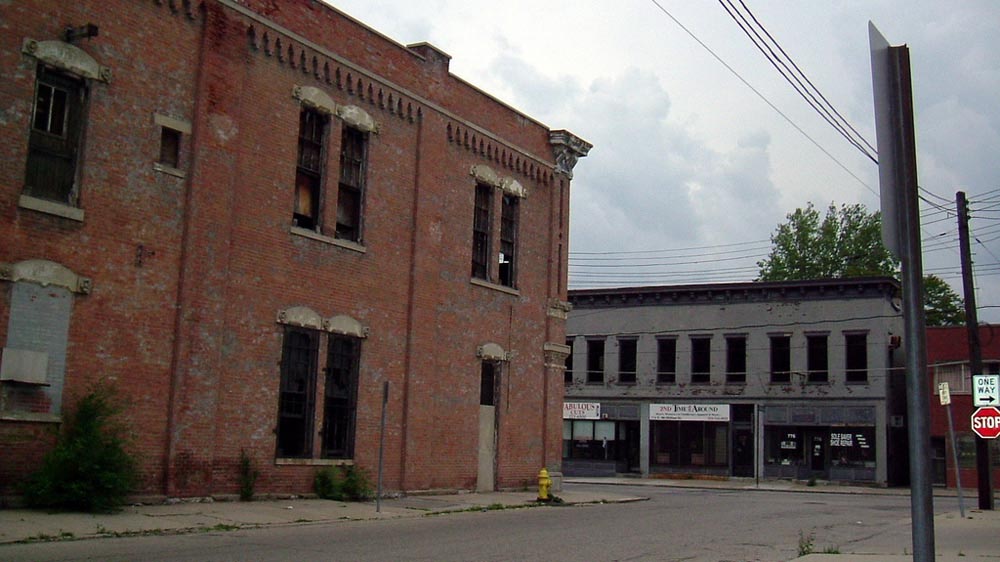 Cincinnati has art, culture, corporate headquarters and a lot of crime. Locals call it Cincy. That has to be short for sin city. Ohio has four murders per 100,000 people, but Cincinnati has 23.6. Based on its population of 300,000, the city has 70 murders each year or 23.6 murders per 100,000 people. These people aren't mad about the weather or the outstanding amenities. They must be fighting over that delicious Cincinnati-style chili. There has to be a nice part of town. We just haven't been able to find it. Learn more about the Cincinnati, OH crime rate. 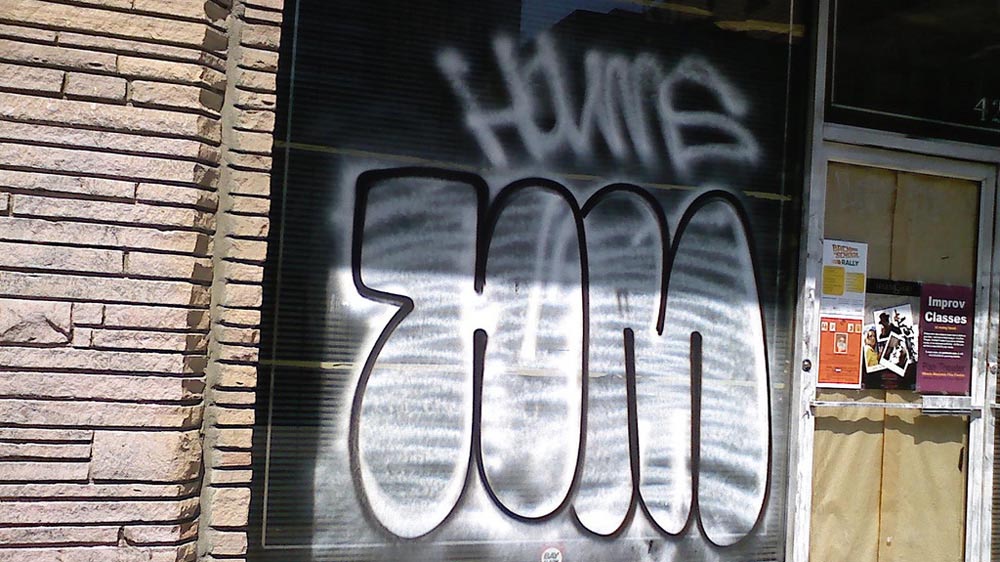 If you're ready to fly into the danger zone, Oakland is a great place to do it. The statistics are with you. One in every 51 residents will be the victim of a violent crime this year. In California, murder rates stand at 5 murders per 100,000 citizens. In sunny Oaktown, this jumps to 22 per 100,000 residents or 90 murders annually. Violent crime rates in Oakland are 391 percent higher than the California average. That takes a lot of work. Finally, we understand why Oakland is one of America's most exciting cities. You never know who will be murdered this week.Learn more about the Oakland, CA crime rate.

Beautiful weather, a low cost of living and gorgeous natural surroundings haven't stopped Louisiana's capital city from making it big in the world of crime and murder. Baton Rouge has outdone the rest of the state, which is 40 percent more violent than the nation as a whole. New Orleans is more popular, so Baton Rouge seized the opportunity to top the violent crime list. Baton Rouge isn't a very large city, but it manages to attract attention by having 49 murders annually. If you have a death wish, it's a great destination. Learn more about the Baton Rouge, LA crime rate.

For more information, check out the AreaVibes Best and Worst Places to Live list for real-time, up-to-date and interactive top 100 best and worst list of cities. The report is sortable, and it allows you to filter by population and by category as well as by state.