Best Places to Live in and Around Joliet

See all the best places to live around Joliet

What do the locals think about Joliet?

Joliet, Illinois is a suburb located approximately 45 miles southwest of the city of Chicago. It is in Will County Illinois. Joliet is a large town and covers 65 square miles and has a population of about 150,000 people. The city was first settled in 1853 and features quite a bit of history. Downtown Joliet is situated along the Des Plaines River.

Joliet, IL has much to see and do. The Rialto Square Theatre features concerts by many popular artists, plays, comedians and more. They have shows year-round. The Chicagoland Speedway and Route 66 Raceway are located in Joliet. The Joliet area historical museum is a fun and educational place to visit, and so is the Joliet Iron Works Historic Site. Joliet also has two casinos: Hollywood Casino Joliet and Harrah's Joliet Casino.

Housing in Joliet is plentiful. There are many apartment buildings, condominiums, town houses, duplexes and single family homes for rent and to purchase. There is something for everyone and in every price range. There are older, historical homes and newer construction homes. There are quite a few real estate offices and real estate brokers that can help with all of your housing needs.

There are many opportunities to shop in Joliet. The Louis Joliet Mall features many stores, a movie theater and restaurants of all kinds. Stroll around downtown Joliet for more shopping opportunities. The city is so expansive that there are countless stores in the various strip malls throughout the city.

Joliet offers many convenient modes of transportation. There is Amtrak train service in Joliet. There is also Pace Bus service. Joliet is approximately 30 miles away from Chicago Midway Airport and less than 50 miles away from O'Hare International Airport. Many taxi companies service Joliet. Lyft and Uber drivers are plentiful in Joliet. Hop on Interstate 55 to get to Chicago in no time.

Public schools in Joliet are serviced by two school districts: Joliet School District 86 and Plainfield School District 202. Joliet has many daycare preschools and religious schools. Joliet Junior College is located in the city and Lewis University is in nearby Romeoville, Illinois.

Joliet, Illinois is a wonderful place to live if you like large suburban towns. There are places of worship, libraries, parks, golf courses and so much more to see and do. Joliet is close to other popular suburbs like Plainfield and Naperville, as well. 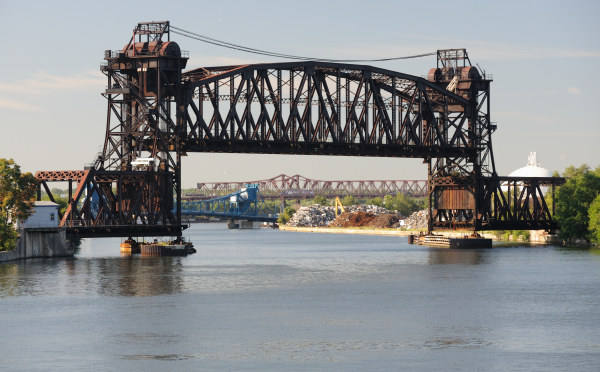 See the best places to live in & around Joliet

Top 10 cities in Illinois with the best education system

Write a review about Joliet Tell people what you like or don't like about Joliet…
Review Joliet
A Stay in Joliet, Illinois

Attractions6/10
Community8/10
Nightlife3/10
Dining3/10
Shopping4/10
I visited the city of Joliet, Il in the summer of 2008, with my husband. This was in the month of August. It was chilly, the temperature did not go up past 75 during the day and at night it dropped to about 65 degrees.

I was very disappointed by the nightlife in Joliet. I thought that because Chicago is so close by, that the club scene was going to be great, I was very wrong. We did not find one club that looked worthy of us venturing inside. They all looked rundown and the people waiting to get inside, gave the impression that a dress code was not of importance.

We had the most wonderful opportunity to stay at the Empress Casino and Hotel in Joliet. This is probably the best thing that city has to offer. When we drove up, we could not believe how exquisite the overall appearance of the building was, it really gave the area a beautiful appearance. Inside the hotel just as grand as the outside. I was really surprised to find something so grand in the middle of a city that was so lacking in what it had to offer. I would highly recommend this hotel to anyone looking for a comfortable place to spend the night in Joliet.

Overall, I would not advise young singles or couples to visit the city of Joliet. If you are looking for some glam and sophistication, stick to the windy city of Chicago close by.
Source: The Joliet, IL data and statistics displayed above are derived from the 2016 United States Census Bureau American Community Survey (ACS).
Loading