Best Places to Live in and Around Encinitas

Encinitas is a medium-sized city located in the state of California. The city has a population of 62,160 inhabitants. With a population density of 3,304 people per square mile, Encinitas is well above the nation's average density level. The majority of Encinitas residents report their race to be White; this is followed by Asian and Black. Encinitas is known to be family friendly as more than 84% of the population has already tied the knot. It might also be worth noting that 58% of residents also have children under the age of 18.

If you’re considering relocating to any new city, it could be a very daunting task. However, it could also be a good experience if you are willing to get to know the town before actually living in Encinitas, California. To help you find the best places to live in and around Encinitas, AreaVibes has created a livability score using key metrics like amenities, education, housing and more.

Using data and statistics Encinitas has received a livability score of 80/100. This score is ranked in the 94th percentile when compared to all other cities. Clearly, Encinitas is doing something right, as this score ranks well above the average of most cities. Encinitas has also earned the rare honor of ranking in the top 10 percentile among all cities. There are seven total categories that create the livability score. Encinitas ranks well for amenities (A+), crime (A-), weather (A), education (A+) and employment (B+). Regrettably for Encinitas, there are some categories for which it does not score well, this includes: cost of living (F).

Based on the proximity of local amenities like grocery stores, restaurants, coffee shops, parks, librairies, etc., Encinitas has received a higher than average score for its local amenities. If you’re planning on relocating and making this area your permanent home, it’s nice to know that there is an ample amount of amenities and things to do within walking distance or a short drive. Here are some of the more popular things to do in Encinitas: Moonlight Beach, San Diego Botanic Garden, and Leucadia Surf School.

Crime rates can be the deciding factor for anyone looking to relocate to a new area. Encinitas gets top scores for their low violent crime rates of 166 crimes per 100,000 residents, which are significantly lower than the national average.

The average school test scores in Encinitas are 67%. This far exceeds the national average and ensures that this educational system will provide your children with the skills and the tools they need to thrive.

Encinitas real estate prices and overall affordability will play a huge role in determining if the area is the right fit for you. Of course there are probably some other items on your “wish list”, but even before they are considered, let’s take a look at the home prices and affordability in Encinitas. The median home price for Encinitas homes is $820,400, which is 100.4% higher than the California average. If we take a closer look at the affordability of homes in Encinitas, we’ll see that the home price to income ratio is 8.2, which is 28.1% higher than the California average. For most people, purchasing a new home is the biggest investment they will make in their lifetime. Taking a look at overall real estate appreciation rates in Encinitas will offer some insight into determining if your home purchase will be a solid investment for years to come. In Encinitas, the year-over-year appreciation rates were 7.5%, and the 5 year appreciation rates came in at 7.4%. 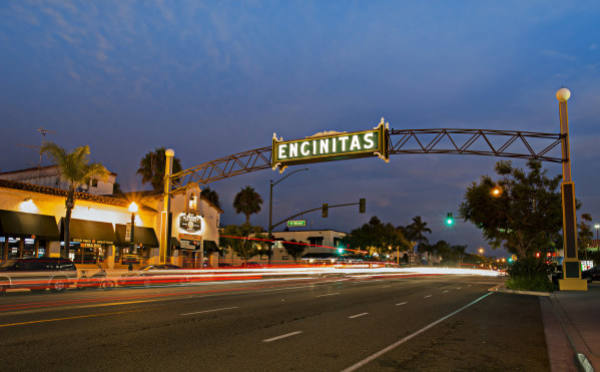 See the best places to live in & around Encinitas