Best Places to Live in and Around Coconut Creek

See all the best places to live around Coconut Creek

Coconut Creek is a moderately-sized city located in the state of Florida. The city has a population of 57,731 inhabitants. In Coconut Creek, there are 4,865 people per square mile, which is well above the national population density average. If we take a look at the last Census, the vast majority of the population falls within one racial group (75% White). Given that fact, Coconut Creek could be considered less diverse than other cities. Coconut Creek has a high percentage of people who are married with children when compared to the rest of the country. In total, more than 73% of the population is classified as married and 56% have kids.

Without the right tools, moving to any new area can be very stressful and challenging. Living in Coconut Creek, Florida could be a fulfilling experience for anyone who puts in the effort to do the research required. Using the livability score which includes data from categories like crime, weather, education, employment, housing, you can easily compare the best places to live in Coconut Creek and also determine if there are any nearby cities that might be a better match for your lifestyle. You can also compare Coconut Creek to Florida and the national average.

Coconut Creek has a livability score of 85 out of 100 and is ranked #37 in Florida and #395 in the USA. Clearly, Coconut Creek is doing something right, as this score ranks well above the average of most cities. Coconut Creek is also ranked in the top 10 percentile of all cities across the USA. Based on the rankings for each individual category, Coconut Creek has received high marks for amenities (A+), crime (A-), weather (A), education (B) and housing (B). There is at least one category that did not score well in Coconut Creek. The following was graded with a disappointing score: employment (D).

Based on the proximity of local amenities like grocery stores, restaurants, coffee shops, parks, librairies, etc., Coconut Creek has received a higher than average score for its local amenities. If you’re planning on relocating and making this area your permanent home, it’s nice to know that there is an ample amount of amenities and things to do within walking distance or a short drive. Some of the notable things to do include: Butterfly World, Seminole Casino Coconut Creek, and World Of Beer - Coconut Creek.

Feeling a sense of safety in the area that you live in is a must for most people. Low crime rates can have a positive impact on things like home prices, home appreciation rates and the overall sense of community. Coconut Creek has a violent crime rate of 134 crimes per 100,000 residents which is far lower than the national average.

Based on multiple factors including: median home and rental prices, appreciation rates and home affordability, Coconut Creek has received high marks in the housing category. Based on these calculations, the apartment rental and real estate market appears to be very healthy.

Being close to public transportation, grocery stores, parks and other conveniences are all important when weighing your options for a new home in Coconut Creek. Before you determine if any of these amenities are available in the area, you will also want to know if the real estate prices in Coconut Creek are affordable. The median home price for Coconut Creek homes is $150,100, which is 10% lower than the Florida average. If we take a closer look at the affordability of homes in Coconut Creek, we’ll see that the home price to income ratio is 2.7, which is 20.6% lower than the Florida average. Purchasing your new home can come with many financial benefits, some of which are more lucrative than others. Perhaps the most notable benefit could be the appreciation of your new home. Home appreciation rates are a good way to generate tax-free equity on a long term basis. The year over year appreciation rates in Coconut Creek were 11.1%, and the 5 year appreciation rates came in at 13.2%. 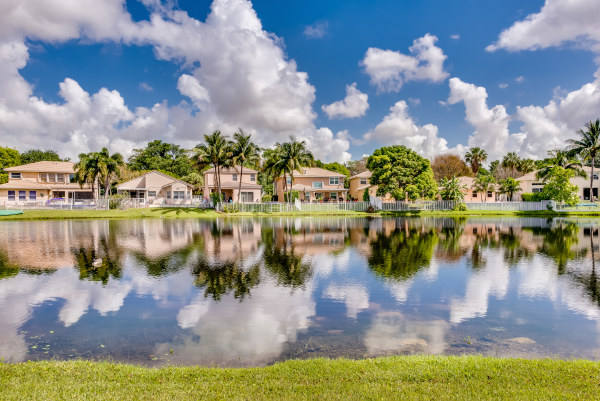 See the best places to live in & around Coconut Creek