Best Places to Live in and Around Chicago

Chicago is a big city located in the state of Illinois. The city has a population of 2,714,017 residents. In Chicago, there are 11,938 people per square mile, which is well above the national population density average. Chicago is known to be an ethnically diverse city. The two most common races are White (49%) and Black or African American (31%). Additionally, more than a quarter of the population of Chicago are of Hispanic or Latino origin, and 25% of the population also speak Spanish.

Without the right tools, moving to any new city can be very stressful and challenging. Living in Chicago, Illinois could be a positive experience for anyone who puts in the time to do the research required. Finding the best places to live in Chicago and nearby areas is a much easier task when you can rely on information and data from the livability score, which includes amenities, weather, employment and other important metrics.

Chicago, IL receives 57 out of 100 for its livability score; this results in a ranking of #1,197 in Illinois and #26,268 in the USA. This is a poor rating when compared to the average of other places in the country. This city ranks so poorly that more than 90% of the cities in all of the USA have a higher score. If we explore each of the categories on their own, we see that Chicago ranks well for amenities (A+). There is at least one category that you should be aware of in Chicago. The following was graded with a discouraging score: crime (F), cost of living (F), weather (D), education (F) and employment (D-).

Based on the proximity of local amenities like grocery stores, restaurants, coffee shops, parks, librairies, etc., Chicago has received a higher than average score for its local amenities. If you’re planning on relocating and making this area your permanent home, it’s nice to know that there is an ample amount of amenities and things to do within walking distance or a short drive. Some of the notable things to do include: Millennium Park, Art Institute of Chicago, and John Hancock Center / Observatory.

Chicago real estate prices and overall affordability will play a huge role in determining if the area is the right fit for you. Of course there are probably some other items on your “wish list”, but even before they are considered, let’s take a look at the home prices and affordability in Chicago. Median real estate prices in Chicago come in at $225,200, which is 28.8% higher than the Illinois average. The home price to income ratio compares the median home prices to the median household income. In Chicago, the home price to income ratio is 4.5, which is 50% higher than the Illinois average. For most people, purchasing a new home is the biggest investment they will make in their lifetime. Taking a look at overall real estate appreciation rates in Chicago will offer some insight into determining if your home purchase will be a solid investment for years to come. In Chicago, the year-over-year appreciation rates were 3.2%, and the 5 year appreciation rates came in at 6.5%.

These are the 10 most affordable cities in Illinois 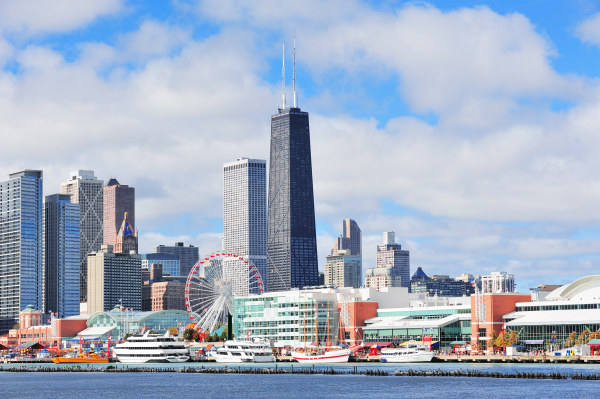 See the best places to live in & around Chicago