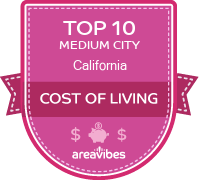 Best Places to Live in and Around Calexico

See all the best places to live around Calexico

Calexico, California is a medium-sized city with a population of 39,750 residents. With a population density of 4,605 people per square mile, Calexico is well above the nation's average density level. At 81%, the majority of the Calexico population is White; this is followed by 1% Asian and 0% Black. Additionally, more than a quarter of the population of Calexico are of Hispanic or Latino origin, and 95% of the population also speak Spanish. If you are a young adult or student, you might be pleased to know that the average age of all Calexico residents is 33.

If you’re considering relocating to any new city, it could be a very intimidating task. However, it could also be a positive experience if you are willing to get to know the area before actually living in Calexico, California. With useful information like cost of living, education, employment, housing and other key data points, finding the best places to live in Calexico and in the areas around Calexico is a much easier task.

Calexico has a livability score of 64 out of 100 and is ranked #747 in California and #19,186 in the USA. There are seven total categories that create the livability score. Calexico scores well for amenities (A+) and weather (A-). Regrettably for Calexico, there are some categories for which it does not rank well, this includes: crime (D), education (F), employment (F) and housing (D).

Location, location, location - possibly the three most important words in your search for a new place to live. Fortunately, in Calexico, there is no shortage of amazing local amenities and interesting things to do.

Certain items on your wish list like shopping, restaurants, nightlife and proximity to public transportation are all important factors to search for. Having said that, perhaps the most important metric to consider when contemplating a move to Calexico is real estate affordability. The median home price for Calexico homes is $165,300, which is 59.6% lower than the California average. If we take a closer look at the affordability of homes in Calexico, we’ll see that the home price to income ratio is 4.8, which is 25% lower than the California average. Knowing if your home will appreciate on a long term or even a short term basis should be factored into your decision making. An increase in your home’s value can be a good way to generate tax-free equity that can create long term financial security. In the past year, appreciation rates for homes in the Calexico area were 6.1% and 5 year appreciation rates were 10.1%.

See the best places to live in & around Calexico