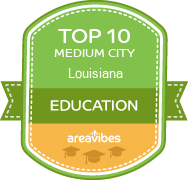 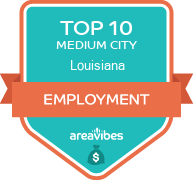 The best places in Louisiana

Attractions9/10
Community7/10
Nightlife2/10
Dining2/10
Shopping7/10
If there's one thing I can say about Belle Chasse its that it is most defininitely NOT New Orleans; and that's a good thing. I'm a southern girl, I grew up in Atlanta and I can tell you that the best thing about living in a metropolitan city is being able to say you live there without actually having to live there. That's Belle Chasse in a nutshell. Close enough to say you live in New Orleans but far enough away to be it's own delightful thing.

I lived in Belle Chasse for about a year back in 2015. I always loved the idea of Louisiana and New Orleans was calling to me, but I just couldn't get past my reservations about living in another big city, especially in one with as much hype and vice as New Orleans. Living in Belle Chasse was the perfect choice. Everything I could've possibly needed was right near the river. I almost never heard the sound of sirens or other people's disputes. My time there was peaceful, with all the southern charm you would expect.

If I had to give a downside to living in Belle Chasse its that I still had to go into New Orleans from time to time for decent bars. The food in town was great though. I think I may have gained 15 pounds just eating at Adams Catfish House. To be honest I think I might have just moved to Louisiana for the catfish. I might have a problem.
Source: The Belle Chasse, LA data and statistics displayed above are derived from the 2016 United States Census Bureau American Community Survey (ACS).
Loading