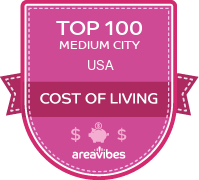 Best Places to Live in and Around West Memphis

Located in the state of Arkansas, West Memphis is a mid-sized city with a population of 25,411 inhabitants. All the single ladies (and all the single fellas) might want to take notice as only 49% of the West Memphis population is married. Not a fan of sitting in traffic? One big advantage of living in West Memphis is the reasonable commute times to work. With an average one way commute time of 17 minutes, getting to work is faster than the national average of 26 minutes.

If you’re considering relocating to any new city, it could be a very discouraging task. However, it could also be a great experience if you are willing to get to know the town before actually living in West Memphis, Arkansas. Using the livability score which includes data from categories like amenities, crime, weather, education, housing, you can easily compare the best places to live in West Memphis and also determine if there are any nearby cities that might be a better match for your lifestyle. You can also compare West Memphis to Arkansas and the national average.

From the cost of groceries to never ending utility bills, monthly expenses can add up in a hurry. We are happy to report that the cost of living in West Memphis is actually 21.1% lower than the national average. You can definitely expect all those irritating monthly expenses to be less than most other cities.

There are many factors that go into deciding if an area is the right fit for your lifestyle. Certain “must haves” like low crime, great schools and nearby amenities are all at the top of most people's lists. But before even considering if those options are available, most people will need to know if the real estate in West Memphis is actually affordable. The median home price for West Memphis homes is $82,000, which is 28.5% lower than the Arkansas average. If we take a closer look at the affordability of homes in West Memphis, we’ll see that the home price to income ratio is 2.7, which is 0% lower than the Arkansas average. Purchasing your new home can come with many financial benefits, some of which are more lucrative than others. Perhaps the most notable benefit could be the appreciation of your new home. Home appreciation rates are a good way to generate tax-free equity on a long term basis. The year over year appreciation rates in West Memphis were 8.6%, and the 5 year appreciation rates came in at -1.7%.

Top 10 cities in Arkansas with the best education system

See the best places to live in & around West Memphis