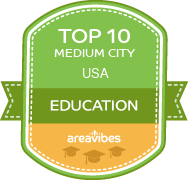 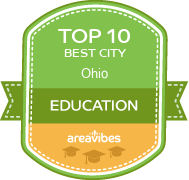 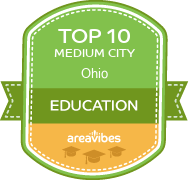 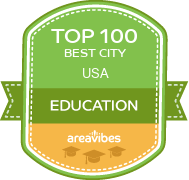 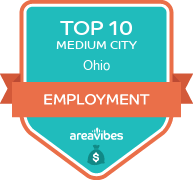 Located in the state of Ohio, Upper Arlington is a mid-sized city with a population of 34,675 people. In Upper Arlington, there are 3,541 people per square mile, which is well above the national population density average. At 92%, the majority of the Upper Arlington population is White; this is followed by 4% Asian and 1% Black. If finding a family friendly city is important to you, look no further. With more than 86% of the population considered married and 55% with kids under the age of 18, Upper Arlington could be considered a very suitable city for families.

Whether you’re moving to a new city to be closer to family, friends or for a new job, living in Upper Arlington could be a positive experience compared to other cities in Ohio if you know where to look. Finding the best places to live in Upper Arlington and nearby areas is a much easier task when you can rely on information and data from the livability score, which includes amenities, weather, education, housing and other important metrics.

Location, location, location - possibly the three most important words in your search for a new place to live. Fortunately, in Upper Arlington, there is no shortage of amazing local amenities and interesting things to do.

Crime rates can be the deciding factor for anyone looking to relocate to a new area. Upper Arlington gets top scores for their low violent crime rates of 34 crimes per 100,000 residents, which are significantly lower than the national average.

School test scores can be an important metric in deciding if the local area schools can provide a solid educational system for children. The schools in Upper Arlington have a test score average of 92%, which is well above the US average.

For buyers, real estate will be the largest purchase they ever make and it will also be their most valuable asset. For renters, the monthly rent paid on their Upper Arlington apartments will most likely be their largest expense. Based on tangible metrics like home and rental affordability and appreciation rates, housing in this area has received a score that is well above the average of every other US city.

Certain items on your wish list like shopping, restaurants, nightlife and proximity to public transportation are all important factors to search for. Having said that, perhaps the most important metric to consider when contemplating a move to Upper Arlington is real estate affordability. The median home price for Upper Arlington homes is $338,000, which is 156.3% higher than the Ohio average. If we take a closer look at the affordability of homes in Upper Arlington, we’ll see that the home price to income ratio is 3.3, which is 26.9% higher than the Ohio average. Year over year appreciation rates for homes in the Upper Arlington area were 6.5% and the 5 year appreciation rates came in at 7.6%. Why is this important? Knowing the appreciation rates for any area is a quick and easy way to determine if you will see a solid return on your investment.

Attractions10/10
Community9/10
Nightlife7/10
Dining7/10
Shopping9/10
I've been living in Upper Arlington for five years now after relocating here for work. It's been a phenomenal city so far and I honestly hope I never leave. It's right next to Columbus which makes getting to work easy.

Speaking of work, you'll be able to find a lot of opportunities for both career and education here. Finance and insurance are a couple big industries in the area and if you work in those fields, you'll be set. There are also a few good universities around too if you want to continue your education.

Owning a home in Upper Arlington can be quite a bit more expensive than most parts of Ohio but in my opinion, it's worth every penny. The neighborhoods are well kept and the city, in general, is very safe. One of the best areas in Upper Arlington is the Schottenstein Center, especially if you're into sporting events, concerts, or even standup comedy.
Source: The Upper Arlington, OH data and statistics displayed above are derived from the 2016 United States Census Bureau American Community Survey (ACS).
Loading