Best Places to Live in and Around Pomona

See all the best places to live around Pomona

What do the locals think about Pomona?

Situated about 30 miles to the east of downtown Los Angeles, the city of Pomona can offer a nice break from the hustle and bustle of the City of Angels. It has been described by its residents as having “a small town feel in a large city”. Named after the Roman goddess of fruit and known for its beautiful orange groves, it was at one time called the “Queen of the Citrus Belt”. Though there are no longer any orange trees to be seen, Pomona still has some shine to it, if you know where to look.

For a mid-sized city of under a quarter million, Pomona is a rather diverse city in many respects. You'll find not only ethnic diversity but also diversity of age, with a wide range of age groups but the majority of people being on the younger side with an average age of only 31. Also, compared to L.A., folks are just a bit friendlier. You'll find many of the same problems as L.A., though. For one, it's notoriously unsafe to go out at night in certain areas. There has been a large increase in the homeless population, who spread trash and garbage all over the streets. Drugs and gang violence are rather common, too. Unfortunately, the city government often lacks the tax money to allocate to fix these and other problems. Still, compared to L.A., it's rather peaceful according to many residents.

Despite the problems it has, residents of Pomona have much to love about their city. For one, Pomona does have a good number of affordable areas and a lower cost of living as compared to other cities in California. The Downtown area is beautiful, filled with art, good food, and entertainment venues. On 2nd Street, there is an art colony which host many art walks. There's also a lovely shopping center that is famous for its antique dealers. Just around the corner from the Fox Theater lies a retro arcade. Let's also not forget that Pomona hosts the annual Los Angeles County Fair at its Fairplex. The Cal Poly Pomona University is not to be missed either, having many nationally recognized colleges and programs.

Transit around the city is a rather simple affair. For one, most everything you need is usually local or a couple blocks away. If you want to go to larger cities such as L.A. or Riverside, there's Metro's light rail service called Metrolink. The train station in downtown Pomora also has Amtrak service with the Sunset Limited and the Texas Eagle. The city is additionally served by a bus system known as Foothill Transit, which includes a bus rapid transit line going east to Montclair and west to Downtown Los Angeles. Omnitrans runs a bus line through downtown Pomora as well. 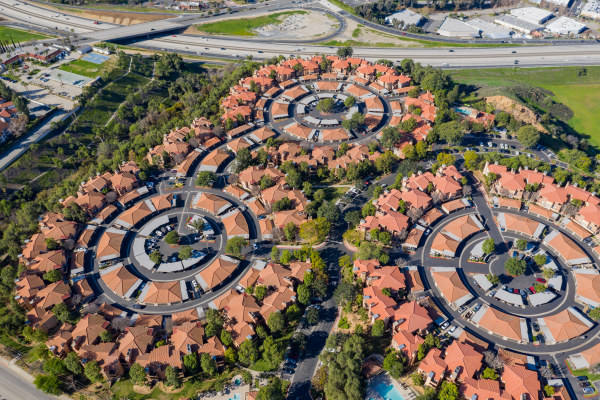 See the best places to live in & around Pomona

Write a review about Pomona Tell people what you like or don't like about Pomona…
Review Pomona
Pomona, California - Truly A Unique Getaway

Attractions9/10
Community8/10
Nightlife7/10
Dining7/10
Shopping6/10
Pomona is a charming city, for the most part. I live in the L.A. area and have traveled to Pomona several times in recent months. The city's main attraction is the Fairplex, which is where the Los Angeles County Fair is held every year. The fair is spectacular and is comparable to none, definitely an experience everyone should add to their bucket list.

One restaurant in Pomona stood out far above the rest: Coco Palm Restaurant. Featuring Cuban cuisine, the food is delicious and perfectly prepared. Staff are great and the atmosphere is very relaxing, and every time I've visited, a pianist was always performing.

A major downfall to the city of Pomona is the weather in the winter and summer seasons. Located close to the San Gabriel mountains, Pomona receives the icy wind blowing off the snow caps in the colder months, making a miserable windy and cold combination. During the summer, after the sun has risen above the mountains the temperatures also rise and can become very hot and unbearable. I would not want to live there, but Pomona definitely has a plenty to offer anyone seeking a unique and fun getaway.
Source: The Pomona, CA data and statistics displayed above are derived from the 2016 United States Census Bureau American Community Survey (ACS).
Loading