Best Places to Live in and Around Oakland

Oakland, California is a large city with a population of 412,040 residents. Oakland has a population density of 7,372 people per square mile. This would be considered well above the national population density level. More than a quarter of the residents of Oakland identify themselves as Hispanic or Latino, and 22% of the population speak Spanish as their primary or secondary language.

Are you trying to figure out if living in Oakland is the right fit for your lifestyle? To ensure a fulfilling experience before relocating to any new city in California, you will probably want to make sure that you check all of the most important boxes. Using the livability score which includes data from categories like amenities, cost of living, weather, housing, you can easily compare the best places to live in Oakland and also determine if there are any nearby cities that might be a better match for your lifestyle. You can also compare Oakland to California and the national average.

The livability score in Oakland is 55/100 and the city is ranked in the 7th percentile of all cities across America. Compared to the US average, this area has a score which ranks among the lowest in the nation, and it is not considered a very livable city. This city ranks so poorly that more than 90% of the cities in all of the USA have a higher score. For each of the livability categories, we know that Oakland ranks very well for amenities (A+) and weather (B+). There is at least one category that you should be aware of in Oakland. The following was graded with a concerning score: crime (F), cost of living (F) and education (F).

Conveniently located amenities and interesting attractions are a great way to continuously enjoy Oakland on a regular basis. Knowing that there are an abundance of amenities and things to do can ensure that you always have access to nearby grocery stores, restaurants and coffee shops. Some of the notable things to do include: Oakland Zoo, Lake Merritt, and Jack London Square.

Jobs are always a hot topic for anyone looking to relocate to a new area. Your chances of finding new employment in Oakland is actually far better than most areas. With a low unemployment rate of 0.33%, finding work should be much easier than the average city.

Assuming that Oakland meets all of your requirements, the next most important item to examine is the affordability of real estate in Oakland. Everything else becomes a lot less important if it turns out that home prices in Oakland are simply unattainable. Median real estate prices in Oakland come in at $500,500, which is 22.3% higher than the California average. The home price to income ratio compares the median home prices to the median household income. In Oakland, the home price to income ratio is 8.7, which is 35.9% higher than the California average. Purchasing your new home can come with many financial benefits, some of which are more lucrative than others. Perhaps the most notable benefit could be the appreciation of your new home. Home appreciation rates are a good way to generate tax-free equity on a long term basis. The year over year appreciation rates in Oakland were 4.8%, and the 5 year appreciation rates came in at 15.3%. 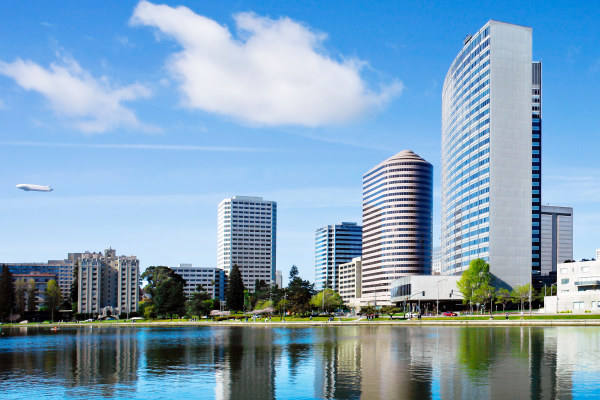 See the best places to live in & around Oakland