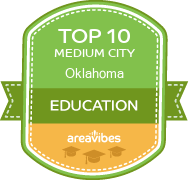 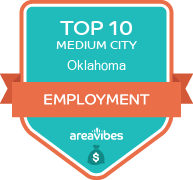 Attractions5/10
Community7/10
Nightlife2/10
Dining2/10
Shopping3/10
Living in Mustang, OK has been a pleasant experience. I've got a small 6 bedroom ranch not far off of 152 Highway. My kids are young, but so far our experiences with the school system have been good. My wife and I like the lower teacher to student ratio they've got going on here.

I'll be honest, we have to get creative for date night since Applebee's is the biggest restaurant around. It's either there or S & B's Burger Joint if I want to take the little lady out without driving to a neighboring town. Sometimes we'll go to Branches Park or Curtis Park nearby for a picnic without the small ones.

All in all it's a pretty great place to raise the young'uns. The weather is always nice. Crime doesn't really exist here. Jobs are pretty good and nothing is really expensive. The best area in Mustang is just north of Parker HCC school, off Azalea Way. Beautiful homes up there.
Source: The Mustang, OK data and statistics displayed above are derived from the 2016 United States Census Bureau American Community Survey (ACS).
Loading