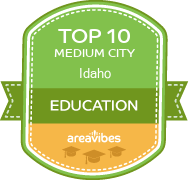 Best Places to Live in and Around Moscow

Moscow is a medium-sized city located in the state of Idaho. The city has a population of 24,855 inhabitants. With a population density of 3,597 people per square mile, Moscow is well above the nation's average density level. If we look at the most recent Census, Moscow is known to have a predominantly White population. The next two most common races are Asian and Black. The median age of all Moscow residents is 25, which is well below the national average. This is a good indication that this city could be ideal for young singles. If you are looking for a family friendly city, Moscow might be a good fit as 83% of the population over 15 years old are married, and 59% have kids who are 18 years old or younger.

Living in Moscow can be a positive experience for anyone relocating to the town. Having said that, in the state of Idaho, there are many incredible places to live, so choose wisely! To help you find the best places to live in and around Moscow, AreaVibes has created a livability score using key metrics like amenities, cost of living, weather, education, housing and more.

Moscow, ID receives 75/100 for its livability score; this results in a ranking of #11 in Idaho and #4,706 in the USA. Clearly, Moscow is doing something right, as this score ranks well above the average of most cities. If we dig a little deeper into each category within the livability score, we see that Moscow has higher than average grades for the following: amenities (A+) and crime (A). There are some categories that Moscow does not rank well for, including: weather (D), employment (F) and housing (D). It might be worth taking a closer look to find out why.

Location, location, location - possibly the three most important words in your search for a new place to live. Fortunately, in Moscow, there is no shortage of amazing local amenities and interesting things to do. Some of the interesting things to do and attractions include: University of Idaho Arboretum & Botanical Garden, Appaloosa Museum and Heritage Center, and Hamilton-Lowe Aquatics Center.

Crime rates can be the deciding factor for anyone looking to relocate to a new area. Moscow gets top scores for their low violent crime rates of 133 crimes per 100,000 residents, which are significantly lower than the national average.

Moscow real estate prices and overall affordability will play a huge role in determining if the area is the right fit for you. Of course there are probably some other items on your “wish list”, but even before they are considered, let’s take a look at the home prices and affordability in Moscow. The median home price for Moscow homes is $209,700, which is 24.9% higher than the Idaho average. If we take a closer look at the affordability of homes in Moscow, we’ll see that the home price to income ratio is 6, which is 76.5% higher than the Idaho average. Purchasing your new home can come with many financial benefits, some of which are more lucrative than others. Perhaps the most notable benefit could be the appreciation of your new home. Home appreciation rates are a good way to generate tax-free equity on a long term basis. The year over year appreciation rates in Moscow were -8.2%, and the 5 year appreciation rates came in at 7.1%. 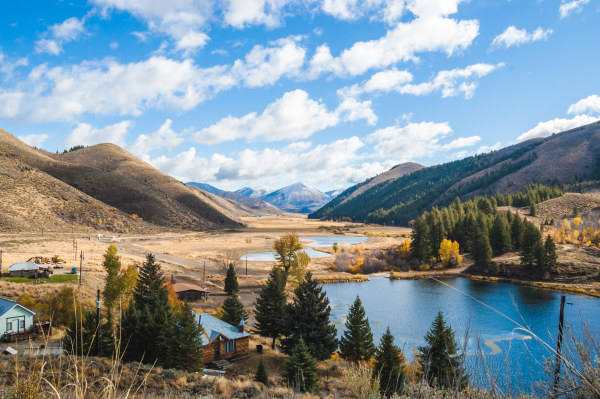 See the best places to live in & around Moscow

Top 10 cities in Idaho with the best education system