There are winners and losers in everything. When it comes to livability, the cities on this list are definitely the losers. With broken educational systems, miserable weather and soaring crime rates, these cities sometimes feel like they're already in a post-apocalyptic future. Low graduation rates and a failing economy often go hand to hand in America's worst cities, severely impeding the ability of residents to move on to greener pastures.

Using our proprietary Livability Score algorithm, we identified and filtered out the worst of America's cities to populate this list. We concentrated on cities that somehow managed to be home to at least 200,000 people despite their plethora of problems. 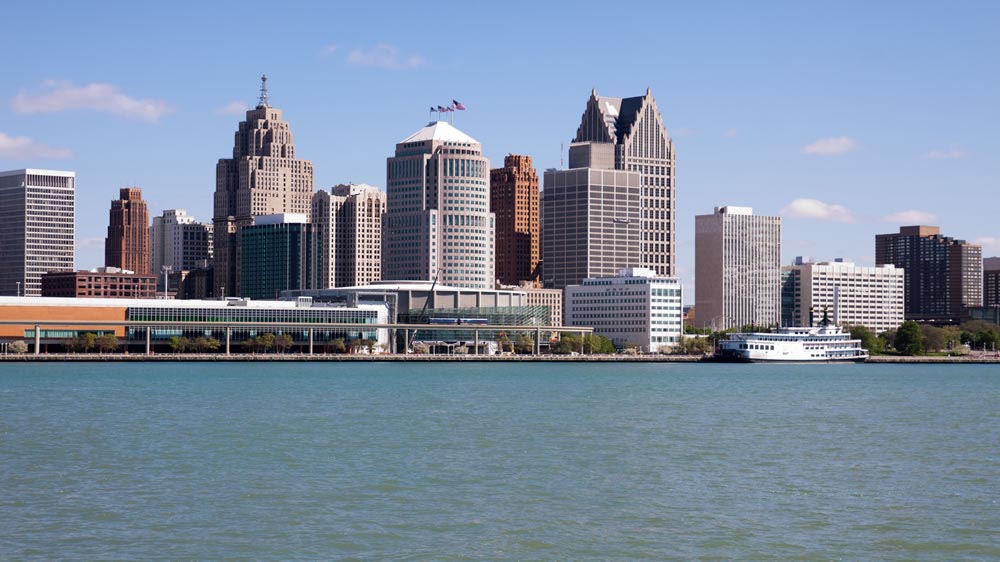 Detroit, Michigan, once again claims the top spot on our list of the ten worst places to live. The city's abysmal crime rates continue to tarnish Detroit's already sullied reputation; the overall crime rate in the city is a whopping 130% higher than the national average. However, the total number of crimes did drop by 14% over last year, a hopeful drop in the bucket of troubles that this city faces. The residents of the city don't have much to cheer about when it comes to education, with dismally low graduation rates in a number of categories. Only 13% of the city's population has earned a bachelor's degree, giving residents few options to escape from these depressing city limits. Learn more about Detroit, MI. 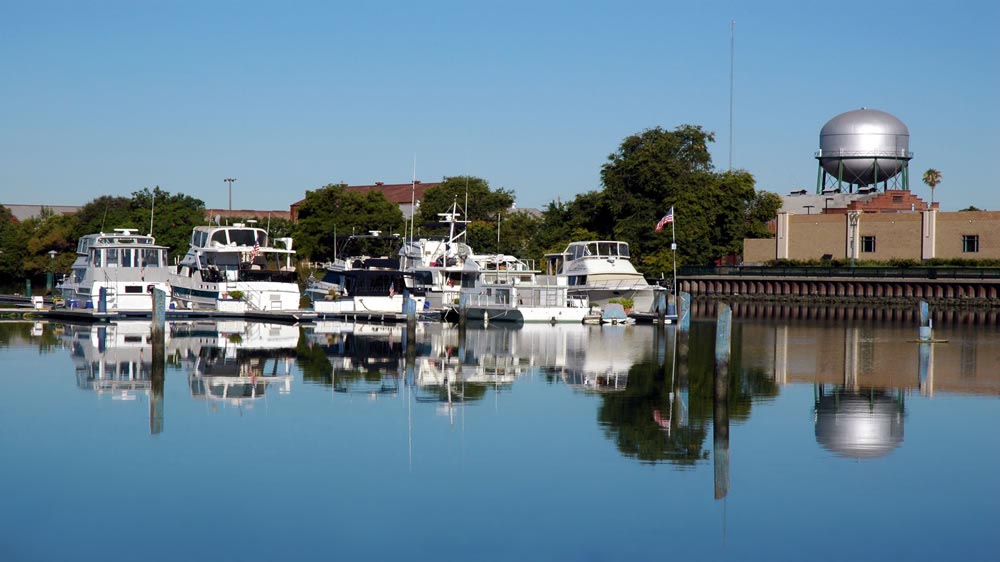 The city of Stockton, California, is an unfortunate newcomer to the list this year. The sunny skies of this California city may appeal to the masses, but don't pack your sunglasses and your sunblock just yet; this city has a long list of problems, beginning with its poor economic outlook. The poverty level of this city sits at a shocking 25%, while the rest of the state hovers around the 16% mark. The median household income is almost $10,000 less than the national rate. Houses in Stockton are affordable, but don't be surprised if your home's value continues to drop in this economically depressed city. Learn more about Stockton, CA. 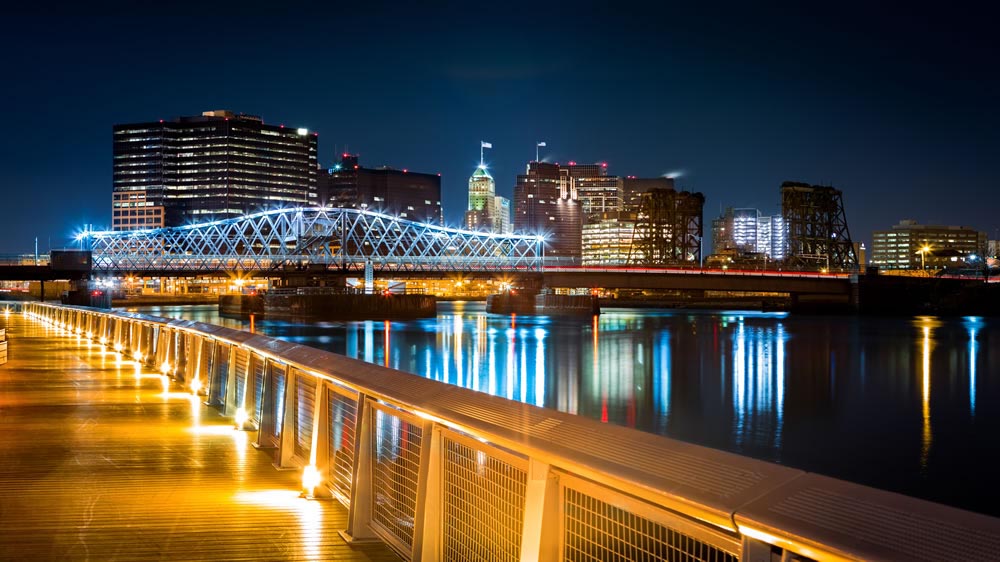 Newark, New Jersey, finds itself a few places higher on our list compared to last year as the city's woes continue. The city's residents do pay less for a gallon of milk than other parts of New Jersey, but that's small comfort for residents faced with dismal housing statistics, depressing employment numbers and frighteningly bad crime rates. Almost 30% of the city's residents live below the poverty line, three times as much as the rest of the state. Unfortunately, the city's schools seem ill-equipped to educate the city's children and improve their fortunes; only 67% of residents have completed high school. Learn more about Newark, NJ. 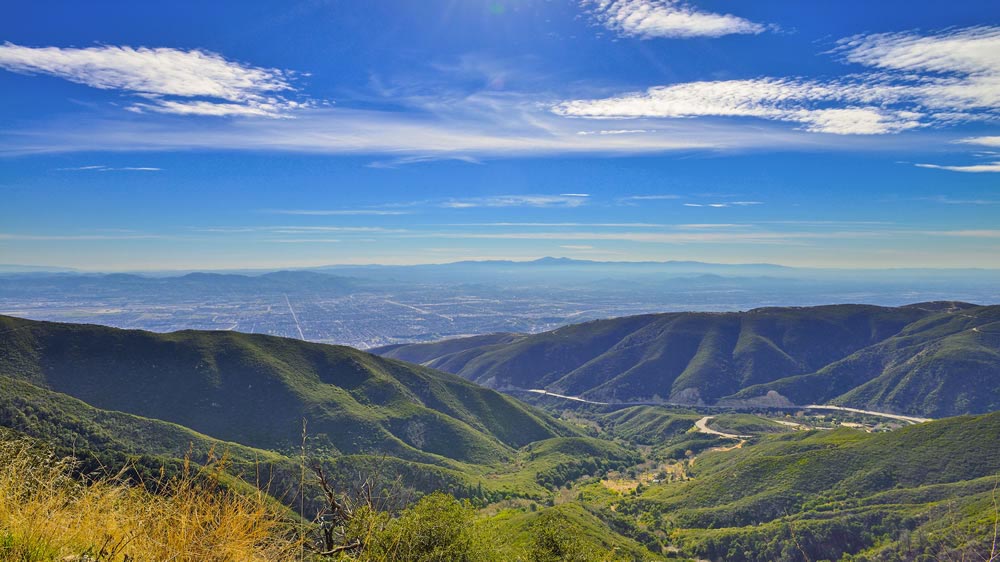 Last year, San Bernardino, California, found itself on the number six spot on our list. The city's economic problems continue to worsen, with incomes far below the salaries found in other parts of the state. The unemployment rate sits at 10%, and the poverty level has settled in at a shocking 33%. The high cost of living in other California cities is not present in San Bernardino, but with high crime rates and abysmal education numbers, the residents are probably unexcited about cheap bananas. On the sunnier side, the city does have beautiful weather with little rain and comfortable winters. Learn more about San Bernardino, CA. 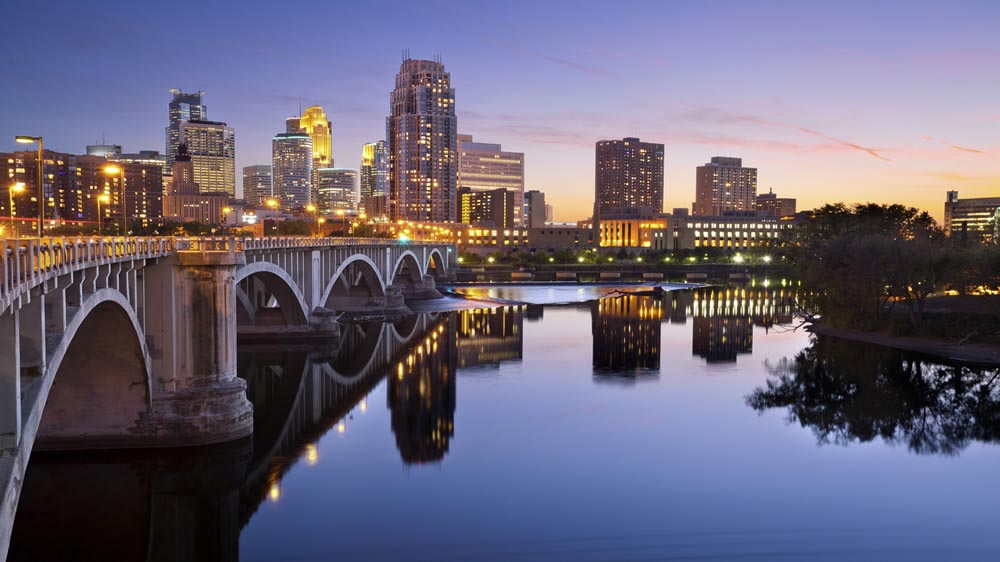 Minneapolis, Minnesota, showed few signs of improvement compared to last year; it moved up several places on this year's list. The city's major problems come in the form of its terrible crime rate and poor education record. On the property crime front, Minneapolis experienced almost 20,000 reported incidents over the course of a year. The city's crime rate is 94% higher than the national average and has only decreased slightly over last year. Test score averages in Minneapolis are nowhere near a passing grade, and only 47% of the city's residents have earned a bachelor's degree. Learn more about Minneapolis, MN. 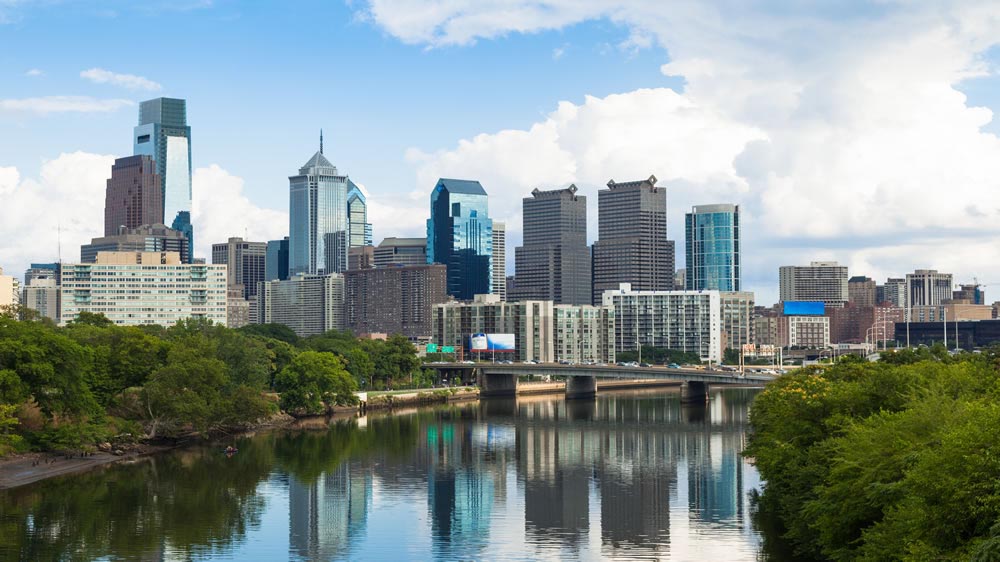 Philadelphia, Pennsylvania, first made its dubious debut last year, taking the tenth spot on last year's list. Centuries ago, this city hosted the signing of the Declaration of Independence and was known as the City of Brotherly Love. Today, Philadelphia has become a dense urban city, and its residents are more likely to pickpocket you while expressing their brotherly love. The economic reality of Philadelphia inspires plenty of its citizens to consider a life of crime; the median household income is just over $35,000, a far cry from the national average of $53,000. The city's unemployment rate is 50% higher than the national rate. Housing is cheaper in Philadelphia compared to the rest of the state, and the majority of residents own their own homes. However, the city's crime likely keeps many residents shuttered in their homes; violent and property crime rates are exceptionally bad, with an overall rate 49% higher than the national average. Learn more about Philadelphia, PA. 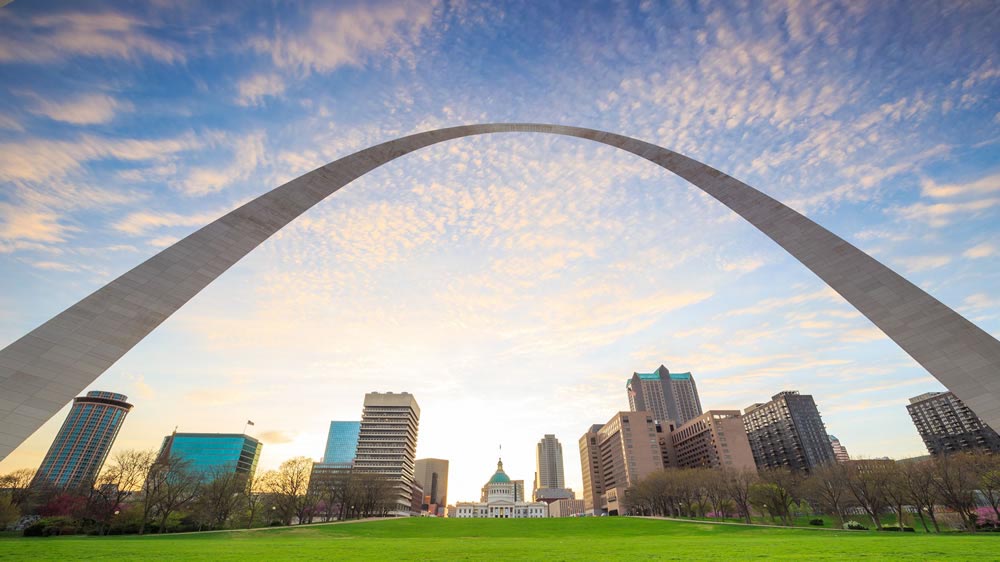 The city of St. Louis, Missouri, is a new entrant to this list of dubious distinction. The city's educational system will leave many children and maybe some adults struggling to learn the alphabet; average test scores barely scratch into 30%, and the greater majority of the city's adult population haven't earned at least a bachelor's degree. Children who do persist through the city's poor schools don't have much to look forward to when it comes to employment. The unemployment rate is nearing 10%, and the poverty rate is almost double the national average. Learn more about St. Louis, MO. 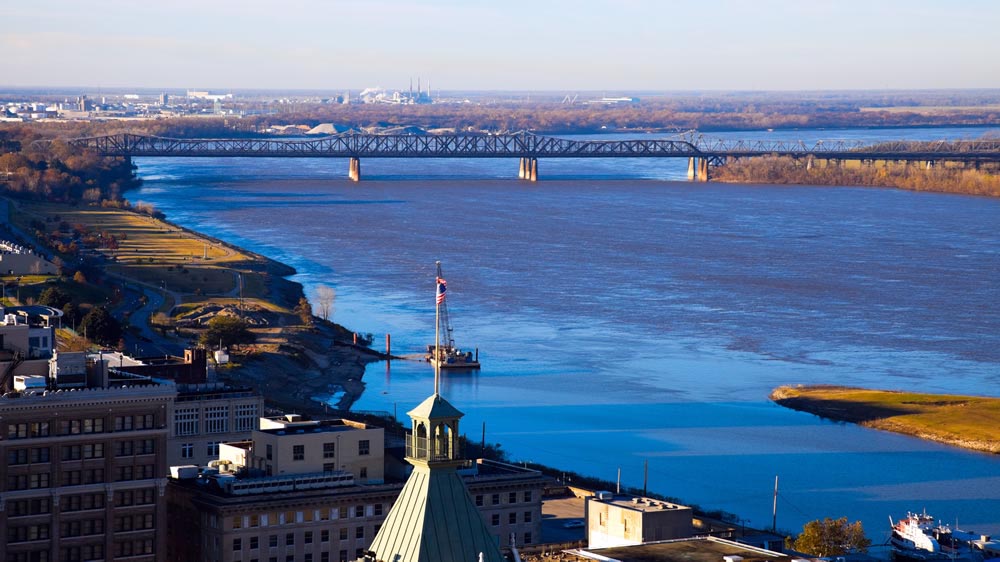 Memphis, Tennessee, is another newcomer to this year's list of the worst places to live. The Blues City has been singing a different kind of blues lately: poor economic numbers, high crime rates and lackluster student performance. The city's poverty rate is 27%, making it difficult for those struggling to get by to improve their own economic outlook. Crime is a regular occurrence on the streets of Memphis, with almost 40,000 incidents of property crime over last year. Despite extremely low test score averages, Memphis does not have dismal graduation rates. More than 80% of the city's population have finished eighth grade and 80% have completed high school. Learn more about Memphis, TN. 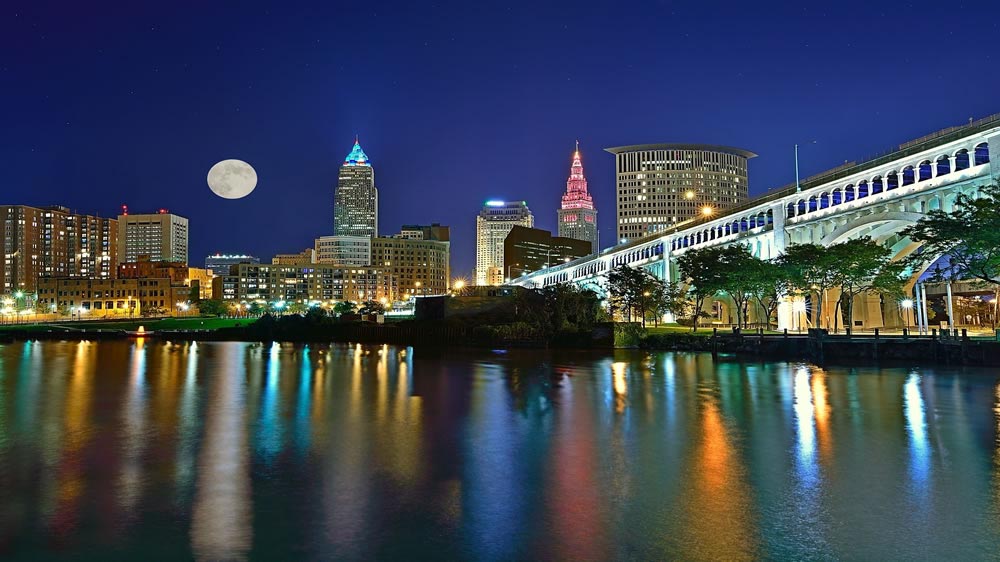 Cleveland, Ohio, has improved its fortune on our list by a few places, moving down from number seven on last year's list. The city's poor ranking is mostly due to a high crime rate, a dismal poverty rate and poor employment numbers. The city has some bright spots, including comfortable summers and a cost of living that is more affordable than in other regions of Ohio. Home values, however, are 44% lower than the average in Ohio. Fortunately, the majority of people in Cleveland rent, allowing residents to abandon ship and search for a city with lower crime rates and better schools. Learn more about Cleveland, OH. 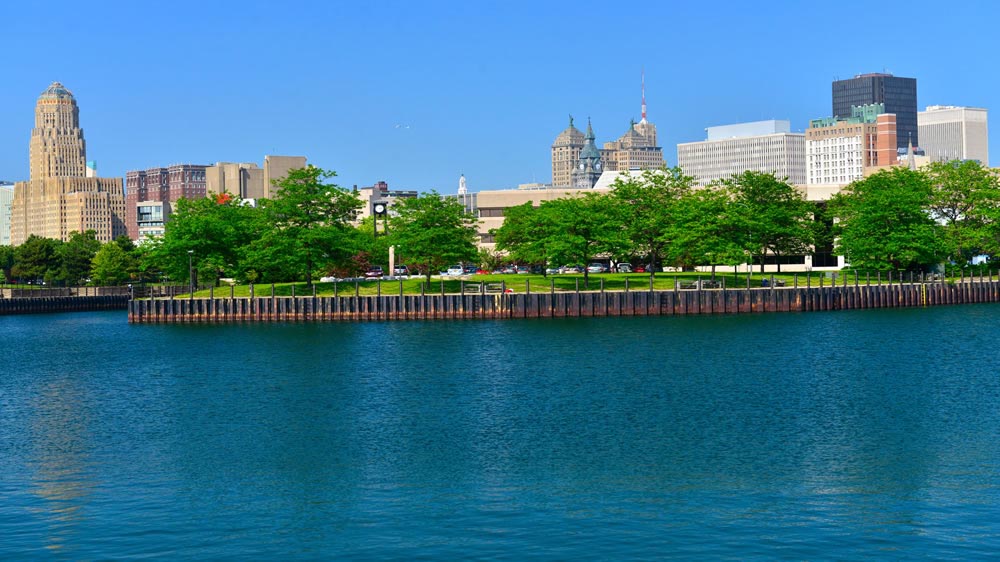 The citizens of Buffalo, New York, might be cheering that their city made a drastic jump from number three on last year's list. However, the other important numbers for this city, including the unemployment rate and the crime rate, probably won't encourage any celebrations. The unemployment rate for Buffalo is 7.5%, and the workforce suffers from an education problem; only 25% of the city's residents have earned a bachelor's degree. Finally, Buffalo's weather isn't very welcoming to new residents who aren't ready for long and snowy winters. Learn more about Buffalo, NY.