Although every family could use a staff of writers and producers to make daily situations come to a happy conclusion by the end of each day, this privilege is reserved for families like the Huckstables or the Bradys. Now that we've grown up, it may be the brownstone from Sex and the City or the apartment building from Seinfeld that draws our attention, but we still wonder what life is really like in the homes that we see on television. AreaVibes has collected the top ten famous TV homes and ranked them based on how livable the locations really are. The livability of each house is ranked on a scale of 1 to 100 and is based on categories like cost of living, amenities, education, crime, and weather. 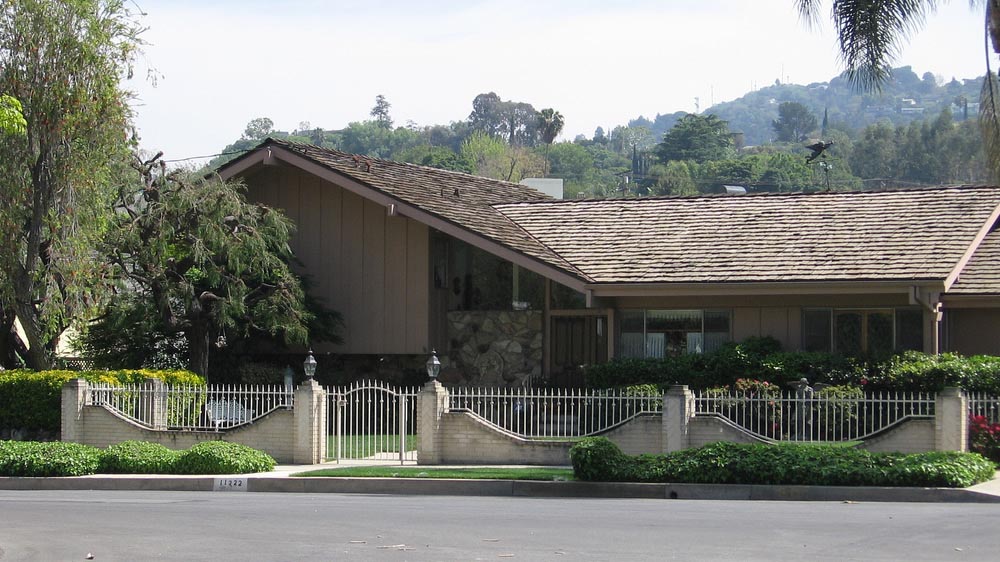 A man named Brady and his lovely lady managed to find the perfect neighborhood in which to raise their large family. With a livabilibty score of 83, the neighborhood offers great schools and low crime rates. The actual house was much smaller than the set that was built on a soundstage. When the house was selected, a two-story interior set was already under construction. To make the exterior fit with the set, the crew created a faux window to give the appearance of a second story. A perfect choice for the Brady clan, this home has become an iconic backdrop for one of America's most beloved television families. 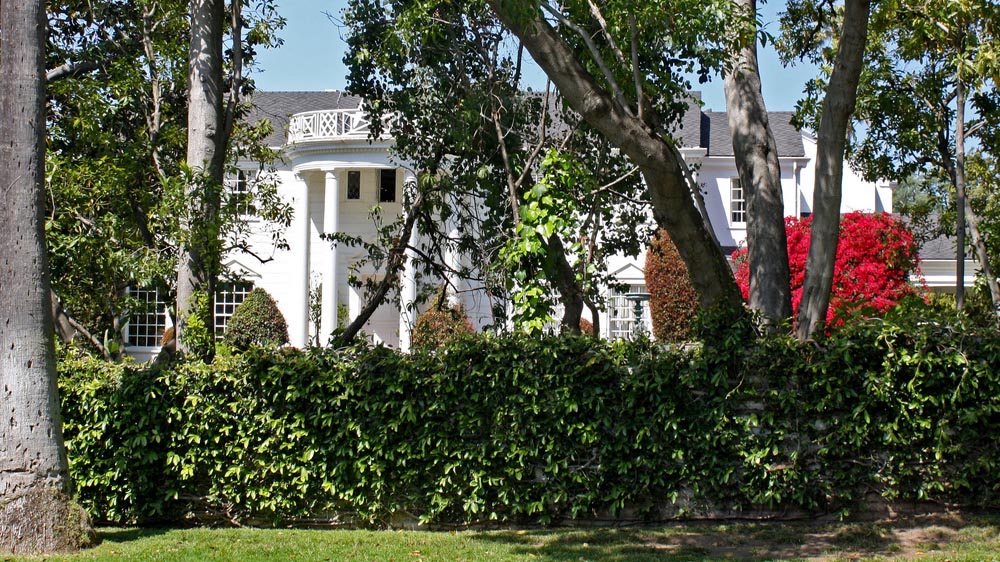 Will is not the only one who would feel like royalty is this colossal home. With a livability score of 81, this home's floor plan includes more than 6,400 square feet of living space and five bedrooms. A butler would definitely come in handy to clean the five bathrooms of this 1937 mansion. Offering excellent employment options and fantastic housing values, this area offers luxury but with a high price tag. For a low crime rate and a long list of amenities, this neighborhood proves to be a good value for those who can afford it. 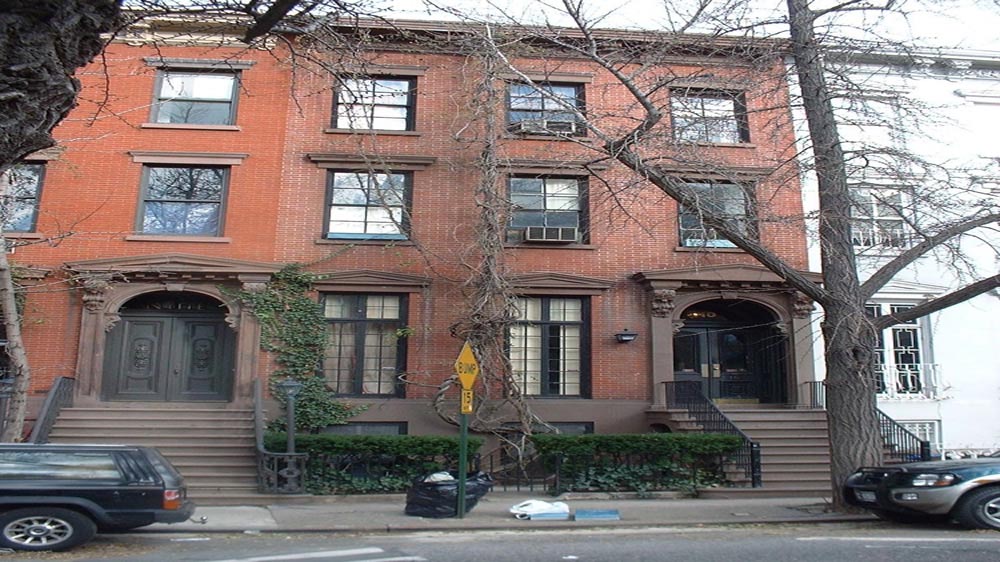 The Huxtables knew what they were doing when they purchased their New York City home, which receives a livability score of 81. The real house is an apartment building offering five studio and one-bedroom units spread out over three floors. The neighborhood's estimated crime rate is 59 percent lower than the rest of the city, but the area's cost of living is also higher than the New York City average. With great education and employment opportunities, this Greenwich Village neighborhood is an idyllic setting for a successful family.

In reality Carrie's home is a brownstone that earns a score of 81 on the livability scale. The dark brick brownstone is a New York City dream with five bedrooms and three baths, and includes the distinctive stoop seen on the show. Recently selling for over nine million dollars, the home is out of reach for a typical news columnist. Also located in Greenwich Village, the extravagant price tag includes low crime rates and high schools with a 97 percent graduation rate. Although implausible for most New Yorkers, a select few may find that the high cost is worth the excellent amenities. 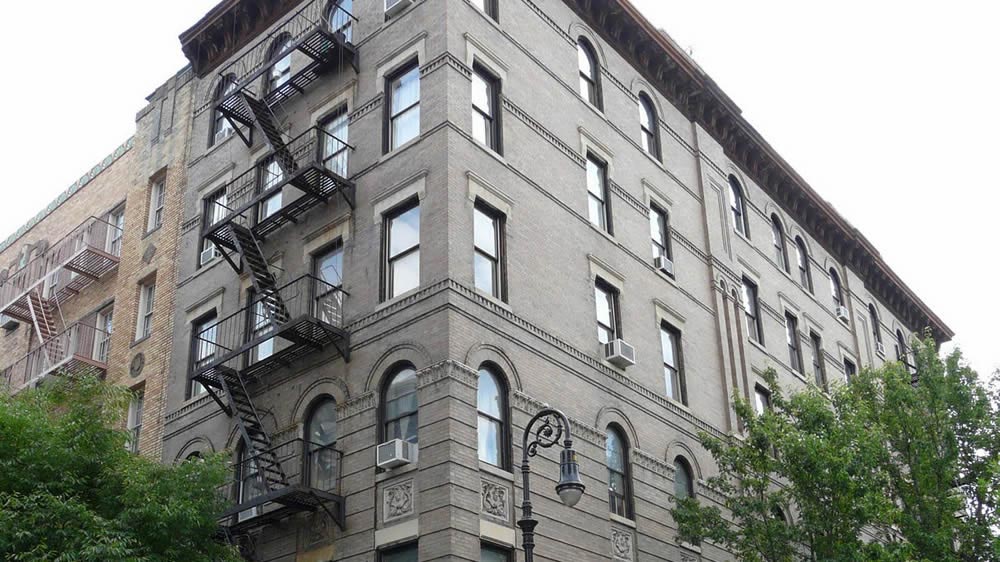 Also boasting a livability rating of 81, Monica's apartment receives a rating of exceptionally livable , though not too affordable for the in-and-out-of-work chef. This Greenwich Village apartment building is a more believable expense for the boring businessman Chandler, but it is easy to understand why the perfectionist Monica is drawn to the neighborhood. The real building is located in Greenwich Village where the show takes place, but don't look for Monica's balcony because it isn't there. Monica and Chandler's supposed apartments would be forced to share a fire escape in the real world. The actual neighborhood's low crime rates might make the extravagant cost of living worth it in this premium New York City location. 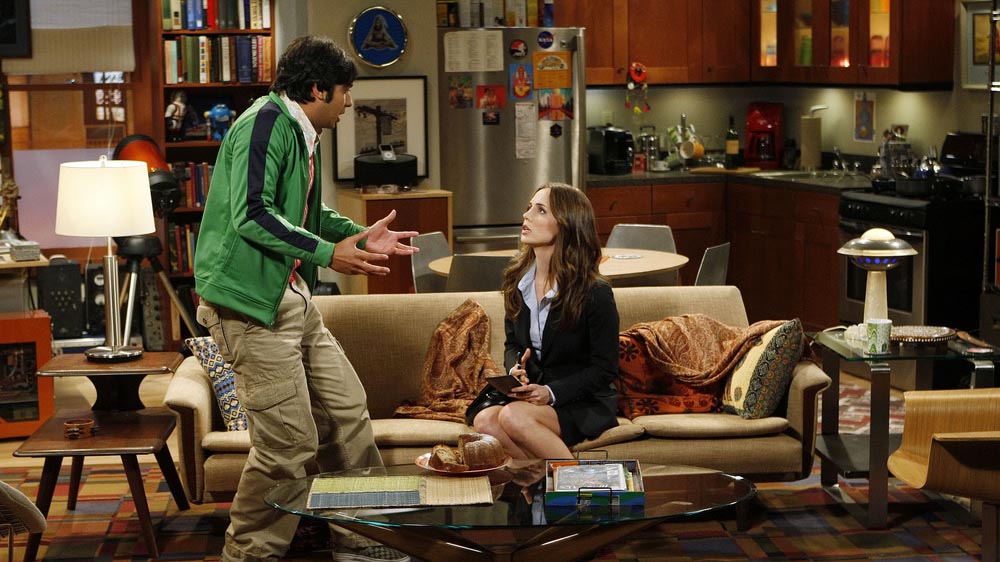 The guys in 4A have made their home in an exceptionally livable neighborhood with a score of 81. Although that is certainly the lowest score that Leonard and Sheldon will ever earn, their neighborhood offers great housing values and an excellent list of local amenities. Unfortunately, these geniuses aren't going to have much company on their intellectual level. The high school graduation rate for their neighborhood is a depressing 55 percent. In reality the address that the show attributes to the apartment building belongs to a commercial property. 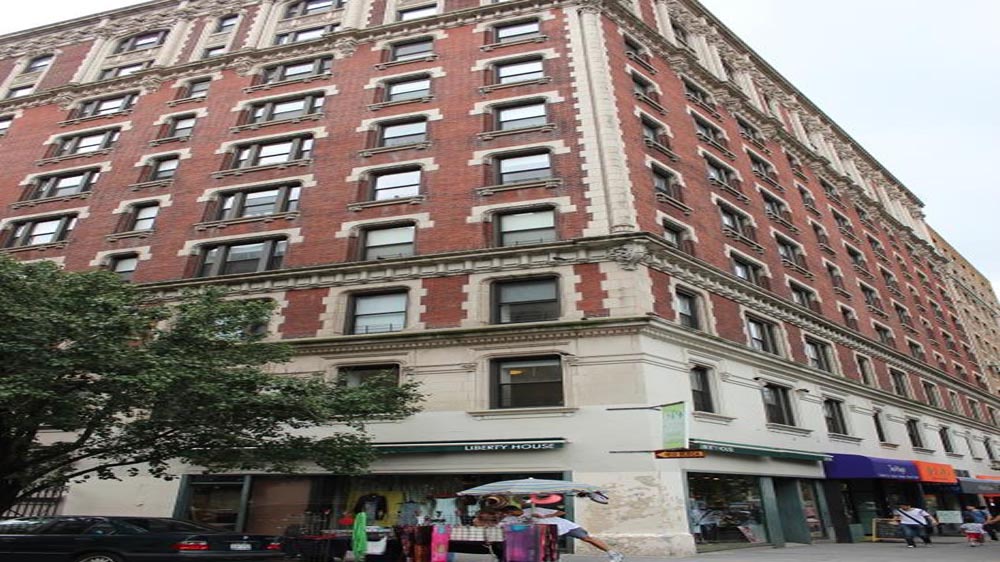 The iconic apartment building that provided a home for Jerry and Kramer has an exceptionally livable score of 80. Although the exterior shots of the fictional building were filmed in Los Angeles, the address that Jerry gives while under polygraph would make an excellent choice for a bachelor pad. With a full list of local amenities nearby, great employment opportunities, and a low crime rate, Jerry's neighborhood is the perfect spot for a successful comedian to do nothing. 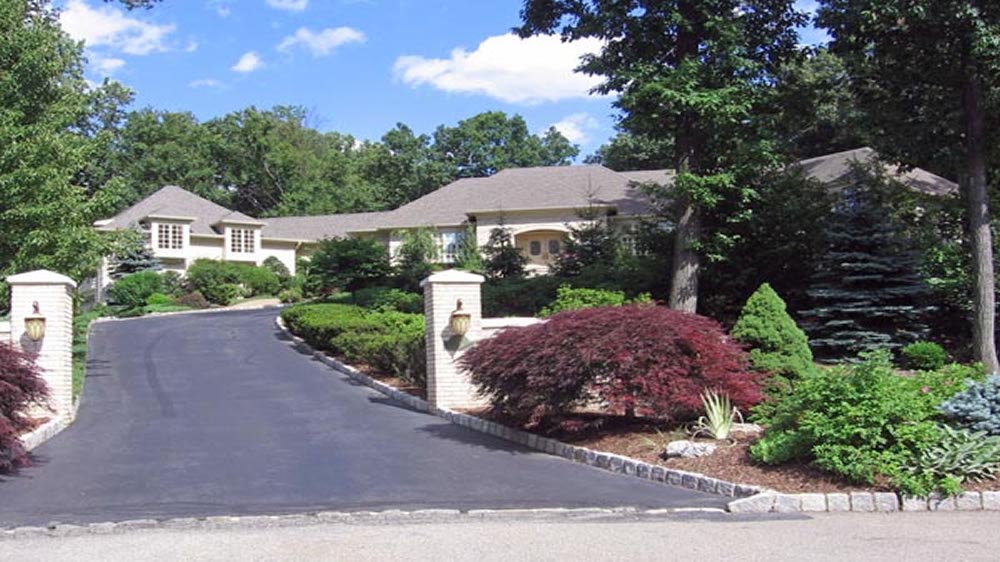 Also with a livability score of 80, the Sopranos house is extremely livable with a shockingly low crime rate and excellent housing values. Although both the interior and exterior of the real home were used for the first episode, the interior set was built on a soundstage for the rest of the series. Because the pilot was filmed in the actual house, the set was designed to look very similar to the home's interior. With its large lot and in-ground pool, this 1987 dream home is an ideal setting to unwind from the day's stresses, no matter how exotic or mundane they may be. 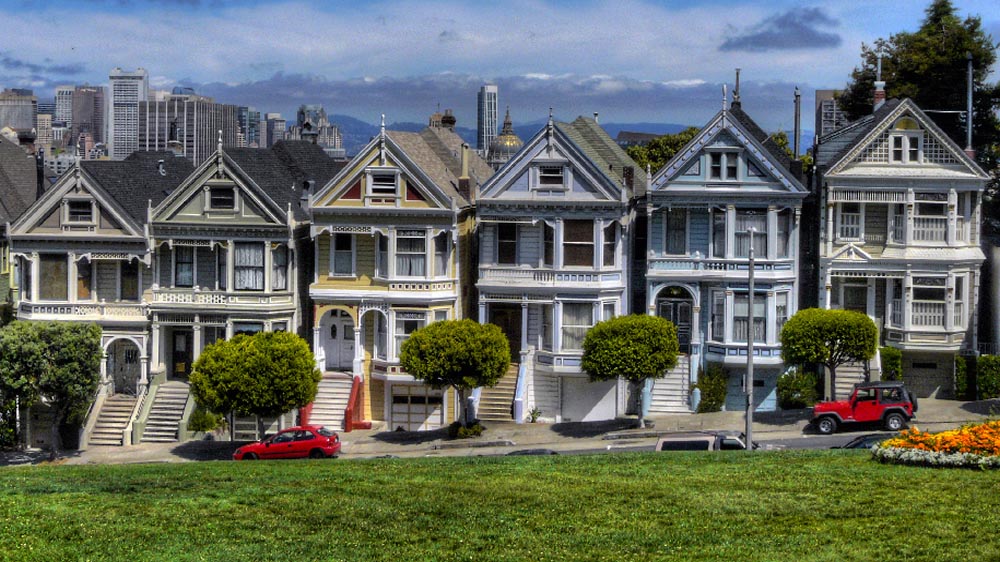 With a livability score of 79, the Tanner abode comes in at number nine on the list of most livable TV homes. This Victorian beauty was built in 1900 and offers three bedrooms, three baths, and more than 2,400 square feet. Although this house was only used for exterior shots, it would make an excellent choice for any family, including the Tanners. With an 88 percent high school graduation rate and a crime rate that is 49 percent lower than the rest of San Francisco, the Tanners chose a beautiful neighborhood for raising a house full of kids. 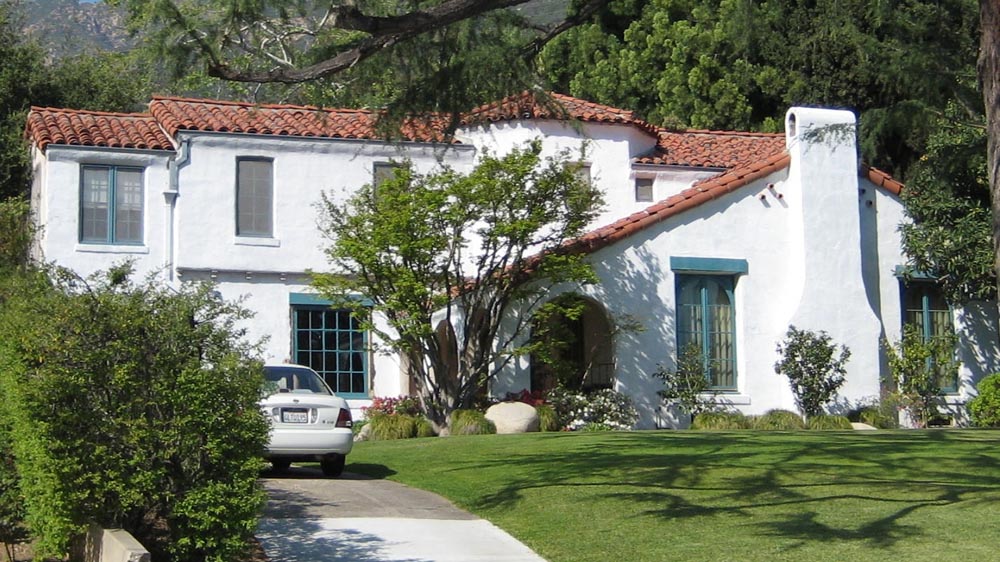 With an extremely livable score of 76, Casa Walsh is sure to be an excellent investment with high property values and fantastic weather. The actual home was mostly used for exterior shots with the interior scenes filmed on a soundstage, but the house continues to represent the drama that defined Brenda and Brandon's young lives. Built in 1928, this home features four bedrooms, four bathrooms, and more than 3,000 square feet of living space. The balcony still overlooks the backyard, but you won't find the basketball goal on the garage. This feature was added as a part of the contract with the homeowner and has since been removed.