If you've wondered what it would be like to live in Holly Golightly's building or in the classis home from The Goonies, you have come to the right place. By grading the cost of living, crime, education, employment, housing, and weather for each house, AreaVibes is able to give it a grade on a scale of one to 100. With 100 being a perfect sore, we have ranked ten of the most memorable homes from the silver screen based on their real-life livability. Without further ado, here are the ten most livable famous movie homes: 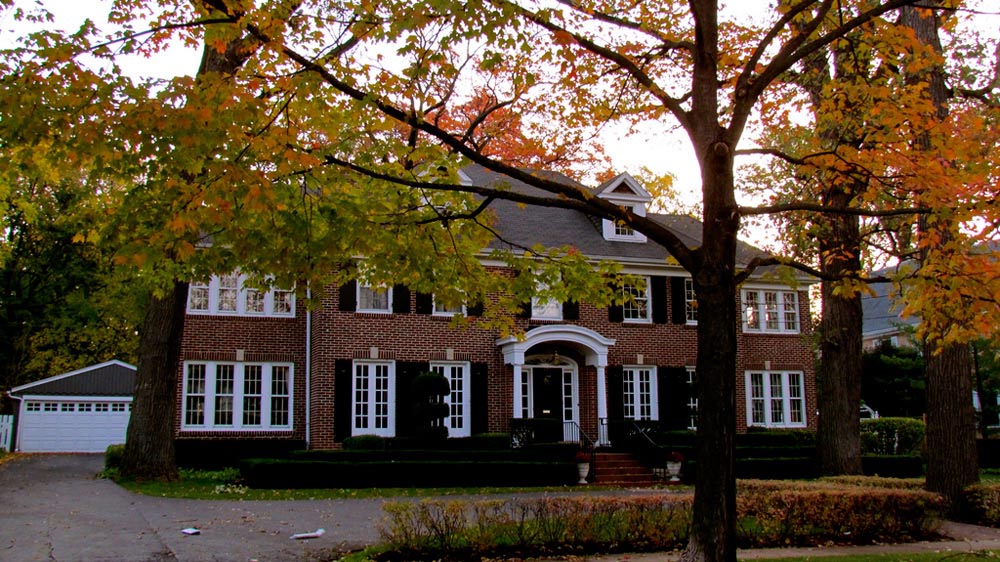 It's no wonder that Kevin didn't want to leave his exceptionally livable five bedroom home. The most livable of all famous movie homes with a score of 84, the McCallister residence was built in 1921 and offers living space on three levels including the fully converted attic. Don't look for Kevin's tree house, however, because it was built specifically for the movie and demolished soon after. Although the area's cost of living is extremely high, the median income and housing values are astronomical. The excellent crime rates and multitude of amenities more than make up for the cold temperatures and poor air quality. Since home values average over 1.3 million dollars, you should have no trouble staying warm and dry.

Also exceptionally livable with a score of 83, Cameron's home in Highland Park makes up for its insane cost of living with the area's incredibly low crime rate. With floor to ceiling windows and unmatched architecture, this open-concept home still feels modern sixty years after it was built. Ferris must have taught the school system a lesson because the education system has a very low student to teacher ratio of 14 to one. The terrible weather may rain on your parade, but the low unemployment rates and high median income should help you save for a rainy day. 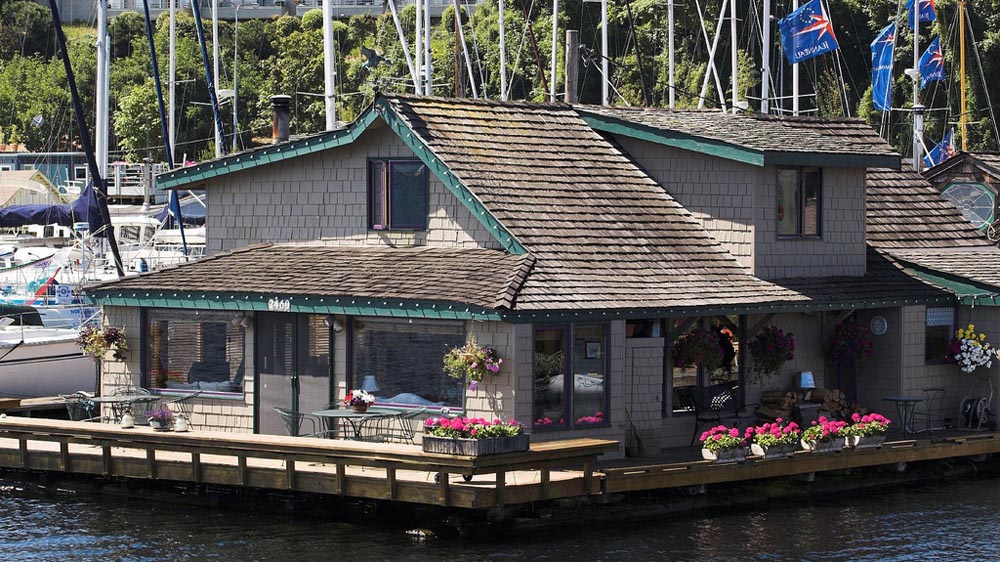 Technically a floating home, Sam's house has an exceptionally livable score of 83. Originally built to skirt around property taxes, houseboats became extremely popular in Seattle during the 1920s. The houseboat used in the film is the largest on Lake Union with four bedrooms and two baths. Although it comes with a high cost of living, a good crime rate and median income makes the area a safe harbor. Excellent house values and a 100 percent graduation rate should help the most restless single dad get some sleep. Even a kid could tell you that you can't beat a perfect score. 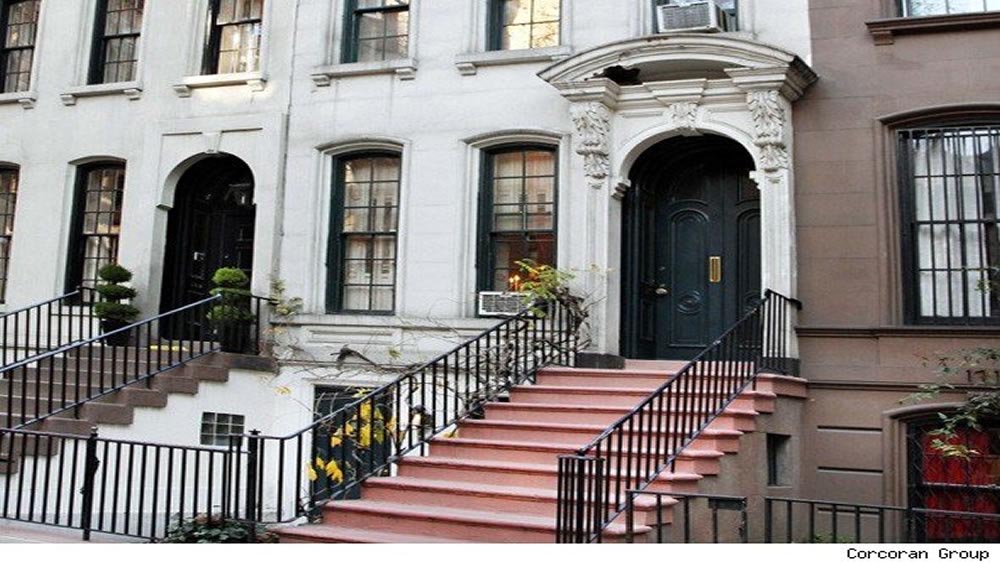 The gorgeous brownstone townhouse used for exterior shots in the iconic film has an interior floor plan completely different from the stage-built set used in the film. Actually two separate two-story apartments, one is a one bedroom apartment with a glass-enclosed solarium and upstairs den while the other offers two bedrooms. Despite Holly's loose ties to organized crime, her neighborhood maintains a crime rate that is estimated to be 59 percent lower than the city's average. Receiving a total livability score of 81, this home is the perfect place for a girl from Texas to become a New York socialite. 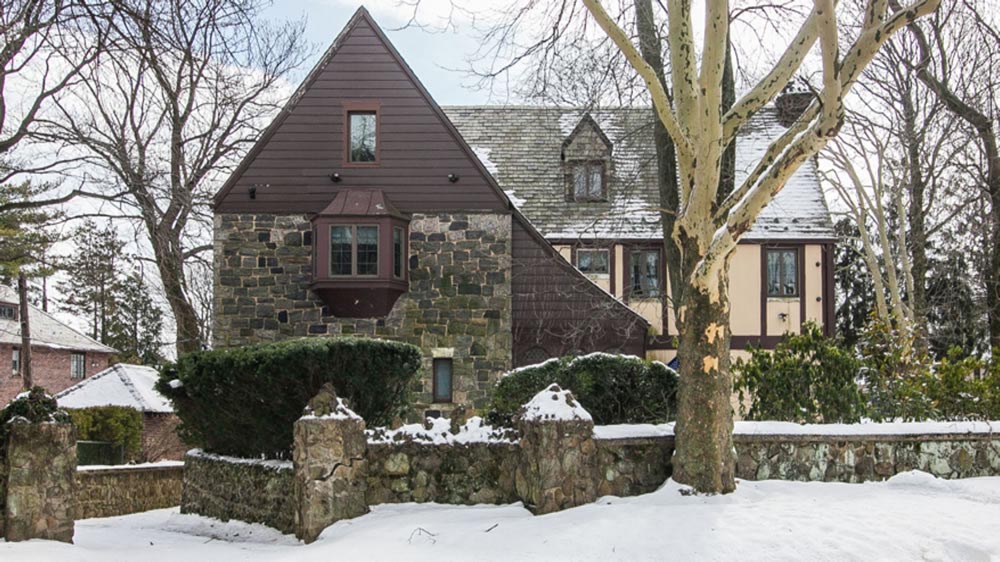 If family is everything, it may be time to follow the Corleone's example and move to an area with an extremely livable score of 79. This eight bedroom, four-and-a-half bath English Tudor home makes for plenty of room for a large family. With a median family income 94 percent higher than New York City's average and a crime rate 59 percent lower than the city's average, the neighborhood is a perfect place to settle down with people who matter the most. With excellent property values, even the Don himself couldn't pass on the investment potential. 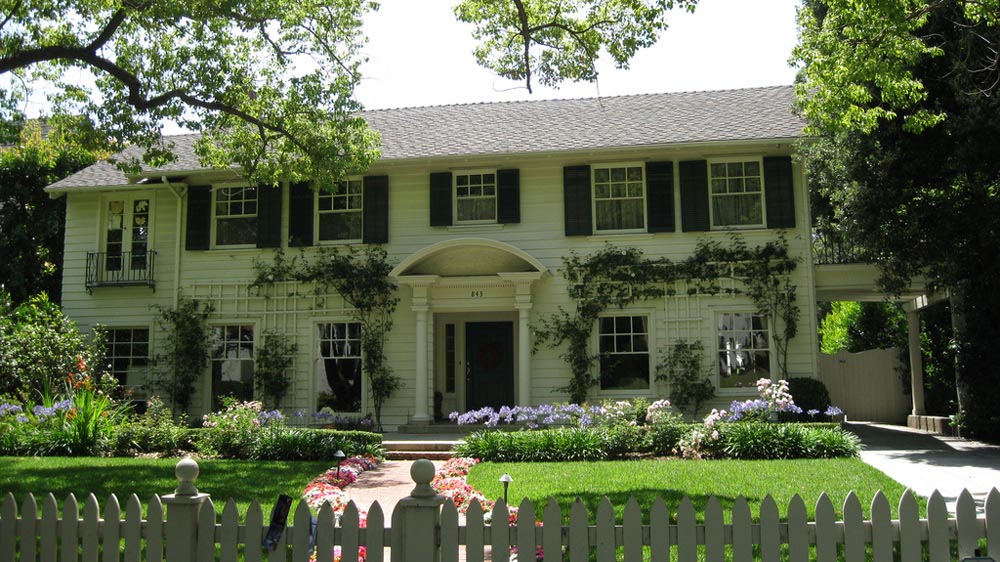 It's a good thing sneakers never go out of style because George Banks is going to need every penny to afford life in his extremely livable neighborhood. With a livability score of 77, the home used for exterior shots in both Father of the Bride and Guess Who is a family's dream. This classic home was built in 1925 and offers five bedrooms and three and a half bathrooms. The area's graduation rate is disappointing at a mere 73 percent, but the crime rate is 19 percent lower than California's average. 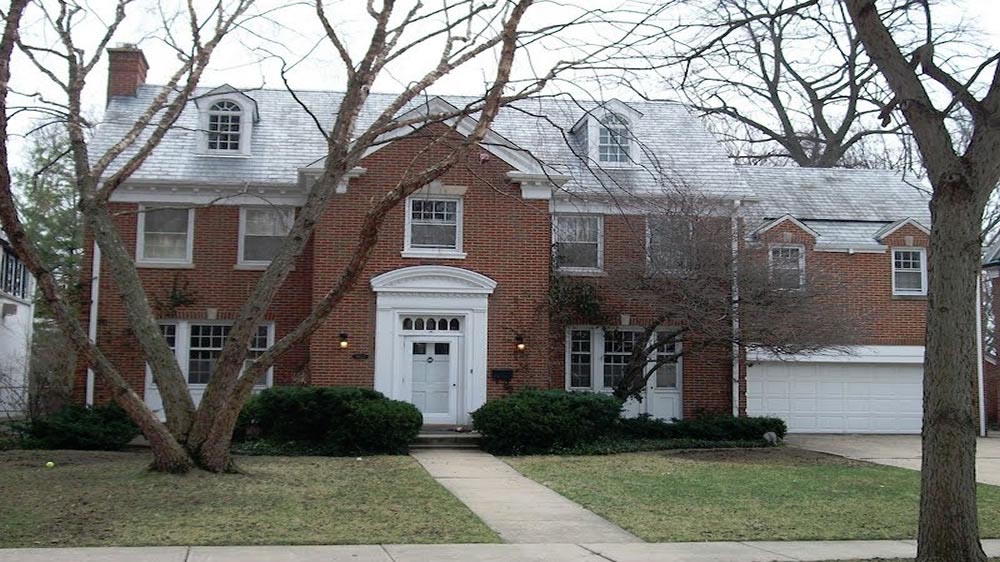 Also a proud recipient of an extremely livable score of 76, Sam Baker's house is over three thousand square feet in one of the area's most beautiful and expensive neighborhoods. In addition to a high cost of living, the area can't brag about its weather with monthly averages that never get higher than 72 degrees and a winter average of 30 degrees. The median house values are 91 percent above the Illinois average, making homes in the area an excellent investment. With good education and employment scores, it's a great place for families to settle down and celebrate many birthdays and a few weddings. 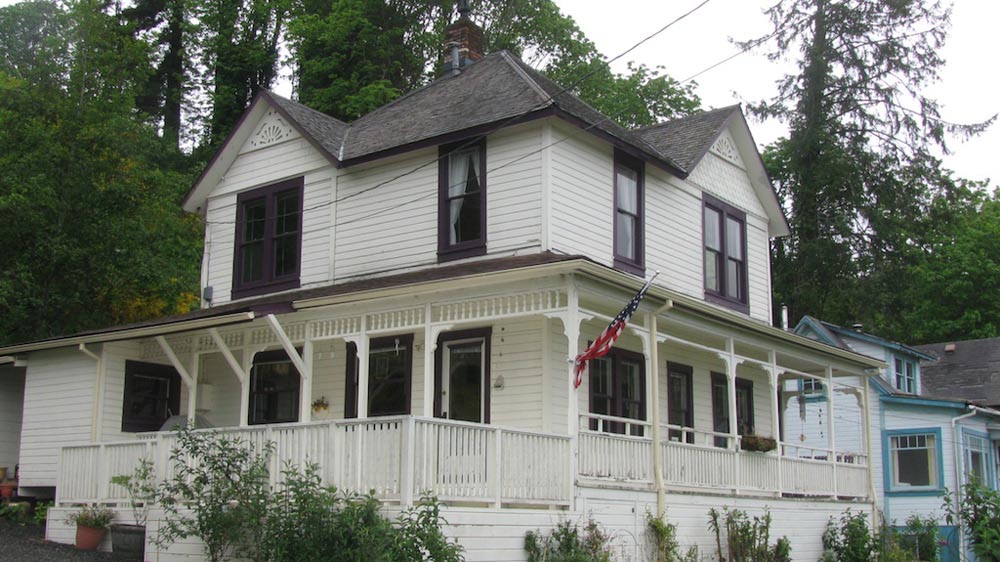 With an extremely livable score of 76, the famous home in Astoria, Oregon was built in 1914 and offers almost 3,500 square feet of living space. A great place for adventurous kids, schools in the so-called Goondocks have a graduation rate four percent higher than the Oregon average. Although the area is mediocre in employment scores and amenities, it boasts a very affordable cost of living. Housing values are slightly higher than the state average, so a treasure hunt shouldn't be necessary if you choose to make the move to the Goonies' hometown. 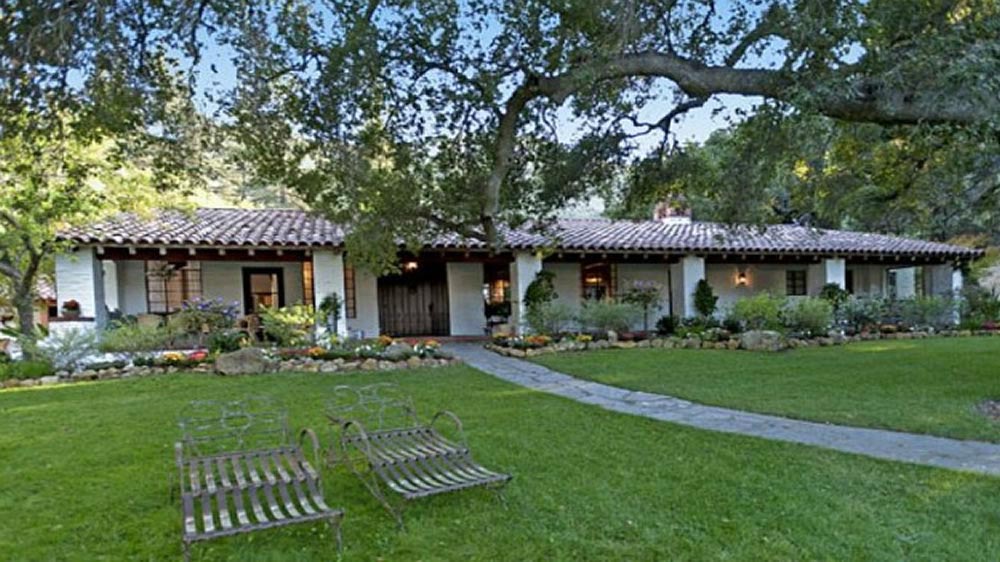 Also receiving a very livable score of 73 is the Spanish-style equestrian home from It's Complicated. With a long drive to amenities and a high cost of living, a trip for groceries could get very complicated for residents. The complications are a little easier to handle when the property's distinctive character, exposed beam ceilings, and 56 acre property are taken into account. With a low crime rate and a high graduation rate, this neighborhood is a great choice for families, even the ones that bring more drama than fine china. 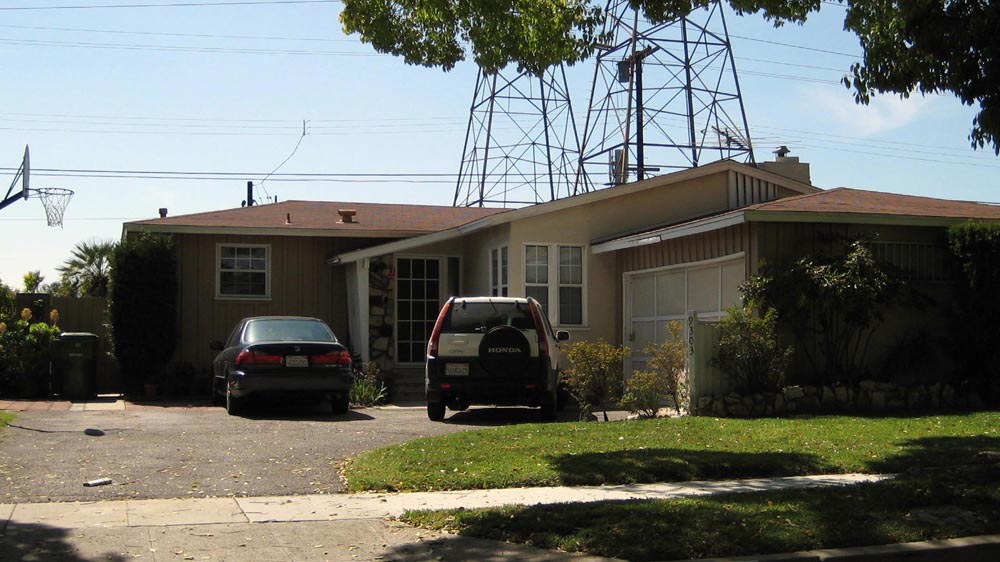 Scoring a very livable score of 73, Marty McFly's residence has an unassuming appearance and discreet location. Maybe it's hard to believe that this 1,246 square foot ranch home could be such an important part of American film history, but it makes the perfect setting for the humble McFly family. The area boasts excellent cost of living and weather scores, with an average temperature of 84 degrees and a winter average of 62 degrees. Of course, all that sunshine and cheap gasoline comes at a price. The crime rate in this neighborhood is 44 percent higher than the Los Angeles average and the high school graduation rate is a dismal 41 percent.