Whether you're a college student or a young professional launching a new career, moving to the big city can be an exciting change. However, the rent for even a cramped studio apartment can be crippling in many major cities. Fortunately, there are plenty of large urban areas with a multitude of affordable apartments for rent where you can enjoy the big city without the hefty price tag. Here are ten of the top cities to check out if you want to rent an apartment without having to work three jobs and live on ramen noodles. All cities have a population of at least 200,000 people. 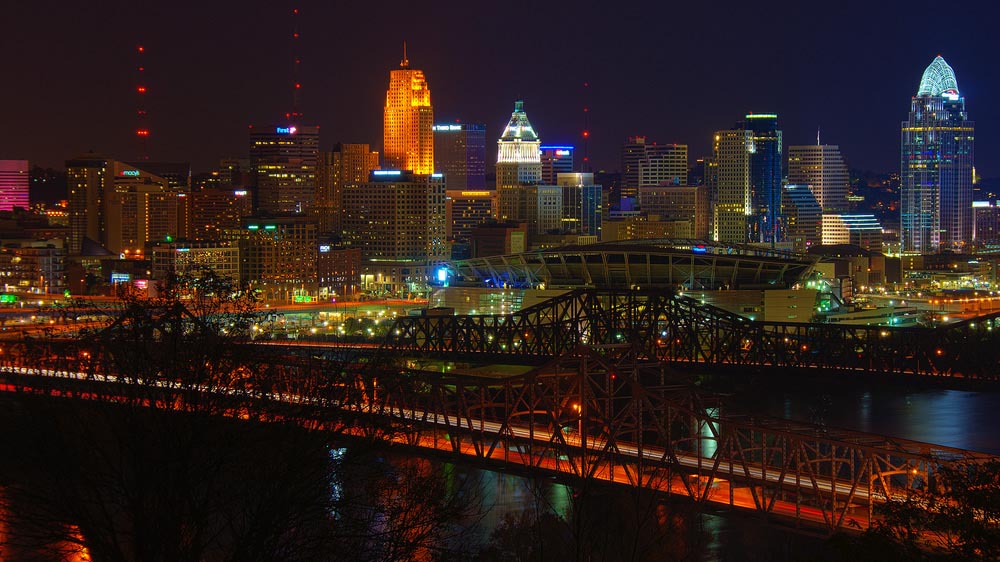 Known for its hilly landscape and marvelous architecture, Cincinnati tops the list with its average monthly rent of $593. This makes the city ideal for college students from the University of Cincinnati, Xavier University, or one of the numerous community colleges in the area. Up-and-coming employees at the hundreds of Fortune 500 companies in Cincinnati appreciate the affordable rental rates as well. The price of healthcare in Cincinnati is on par with the national average; this is a major bonus for such a large city. Cincinnati rental residents enjoy the vibrant local culture, extensive public park system, and pleasant weather. Search now for affordable Cincinnati apartments for rent. 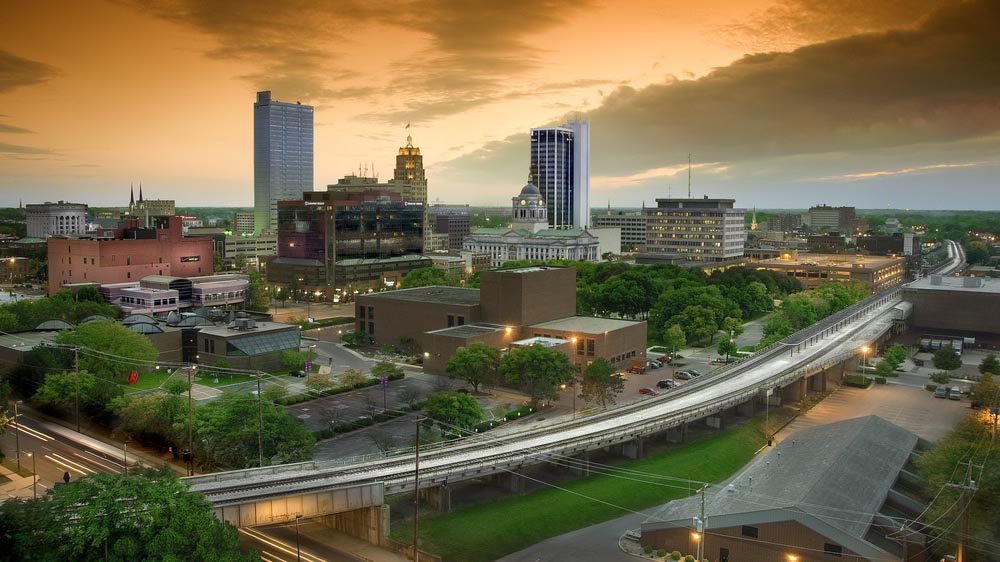 Fort Wayne comes in second place with an average monthly rent of only $623. Owing to its location at the intersection of rivers and railroads, Fort Wayne is a nationwide hub for distribution and logistics. While manufacturing is still a large part of Fort Wayne's economy, the city has diversified into healthcare, defense systems, and financial services. The success of these industries is why Fort Wayne has an unemployment rate well below the national average. The crime rate in Fort Wayne is also below the national average as well, making it a very safe city for apartment renters. The city also features three public golf courses and many public parks throughout the downtown area. Search now for affordable Fort Wayne apartments for rent. 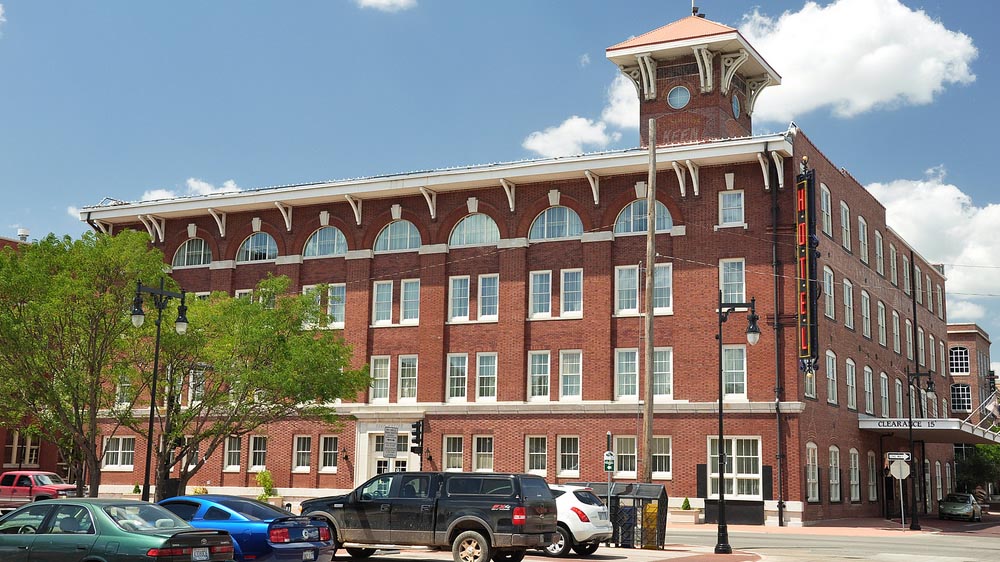 This metropolis in the heart of the Great Plains can be your new home for only $629 per month on average. Plus, with the median household income for apartment renters sitting above the national average, you're likely to have plenty of cash left over. While many renters in Wichita work in the healthcare and oil industries, aircraft manufacturing is the city's bread and butter. The industry is so significant that the city has been nicknamed "The Air Capital of the World". But Wichita is not all about work; the city contains plenty of entertainment, including the world's largest IMAX theater. The city features numerous museums showcasing the history of the Great Plains and the area's Native American heritage. Search now for affordable Wichita apartments for rent. 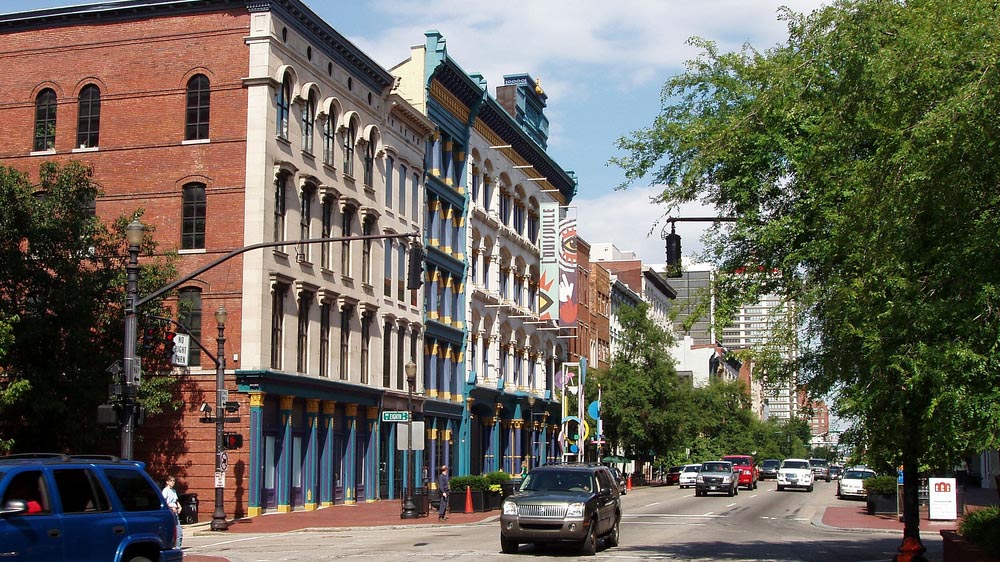 Renters looking to make their new home in "The Derby City" are in luck; monthly rent in Louisville is only $647 on average. There are plenty of affordable apartments for rent in the downtown area as well as even more affordable apartments in the surrounding suburbs. Louisville boasts a festive nightlife, a scenic cityscape, and of course, the Kentucky Derby. Three major highways running through town make Louisville a key player in the shipping industry. In addition, Louisville has recently become a serious contender in the medical and healthcare industries. These two factors translate to great job opportunities for Louisville renters. Louisville also offers a unique blend of Northern and Southern culture. Search now for affordable Louisville apartments for rent. 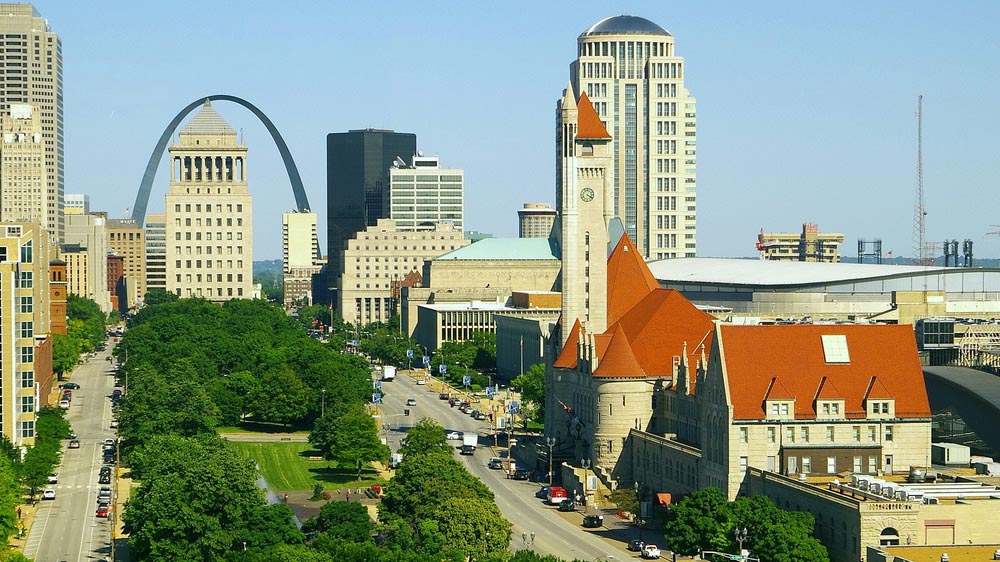 With a monthly rent of only $658 on average, the "Gateway to the West" is another affordable place for renters to consider. Employees of Scott Air Force Base and the accompanying aerospace and defense industries rent the majority of apartments in St. Louis. St. Louis's transportation index is also quite favorable. The city maintains a network of highways, rail lines, airports, and even river transport to make travel and material shipping as efficient as possible. The Gateway Arch, Busch Stadium, Citygarden, and Forest Park are just a few attractions in St. Louis that are popular with both renters and tourists. Search now for affordable St. Louis apartments for rent. 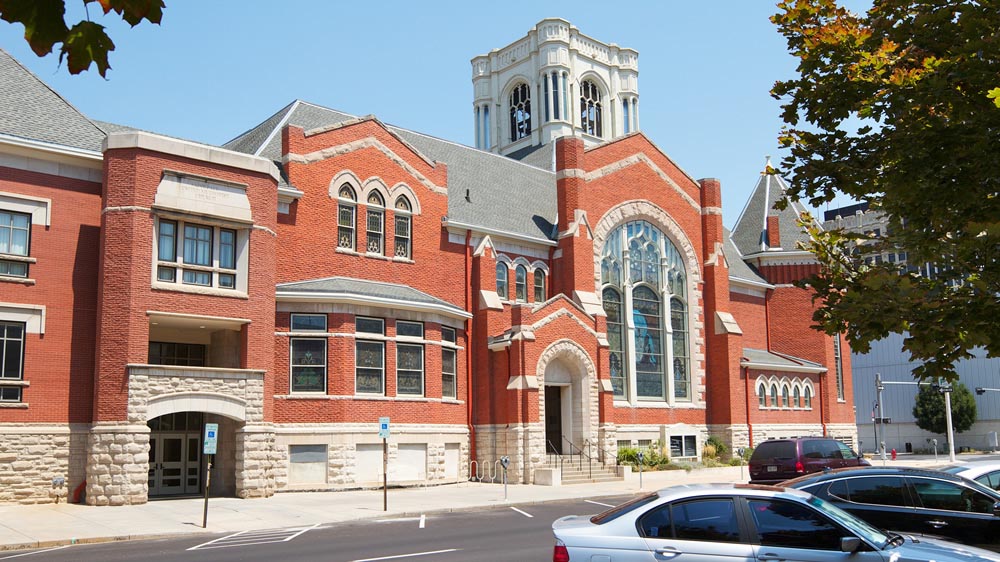 Many people are surprised to learn that nestled in the cornfields of Nebraska is the modern city of Lincoln, where an apartment rental goes for only $667 a month on average. A large number of these renters are University of Nebraska students in need of affordable housing. The university also provides thousands of jobs to residents of Lincoln and the surrounding area. Lincoln's transportation index is above the national average, meaning that commuters enjoy great convenience in getting to work. Rental residents also enjoy the bike path that traverses the entire city, making it easy to cycle rather than drive to your destination. Search now for affordable Lincoln apartments for rent. 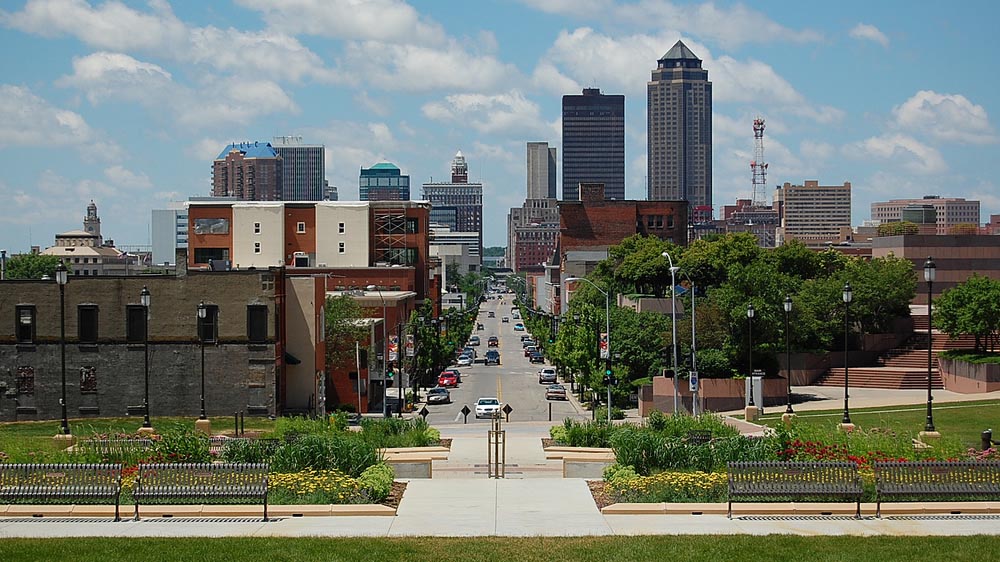 The average monthly rent of $673 is just one of the many reasons for the low cost of living in Des Moines. Renters will have an easy time finding jobs with the numerous insurance and finance firms headquartered in this city. Des Moines also has a student to teacher ratio of 13:1 while the national average sits at 16:1. This earns the city some bonus points with renters who are raising children. The East Village of downtown Des Moines is very popular with locals. The neighborhood features artisan restaurants, boutiques, and other esoteric businesses housed in historic buildings. Search now for affordable Des Moines apartments for rent. 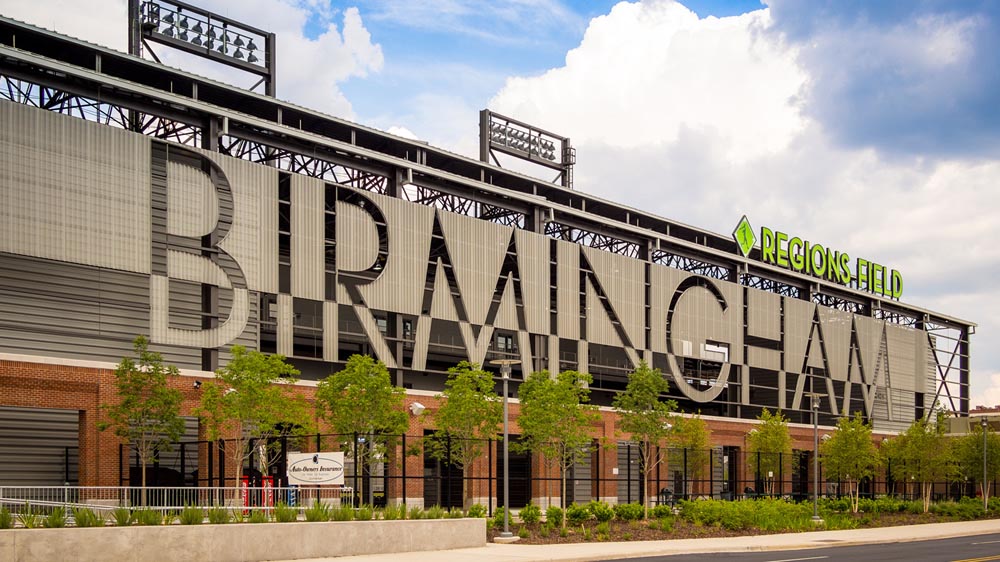 Apartment rentals in the bustling Southern city of Birmingham, AL go for just $683 per month on average. In addition, property taxes are below the national average, helping Birmingham renters save money on everyday costs of living. The city was built on the steel industry, and this continues to be a major source of high-paying manufacturing jobs for many Birmingham renters. In recent years, the city has become a center for the banking and finance industries as well. Birmingham also has 4.8 police officers for every 1000 citizens, well above the national average of 2.8. Birmingham's downtown area contains plenty of entertainment venues, including theaters, concert halls, and museums. Search now for affordable Birmingham apartments for rent. 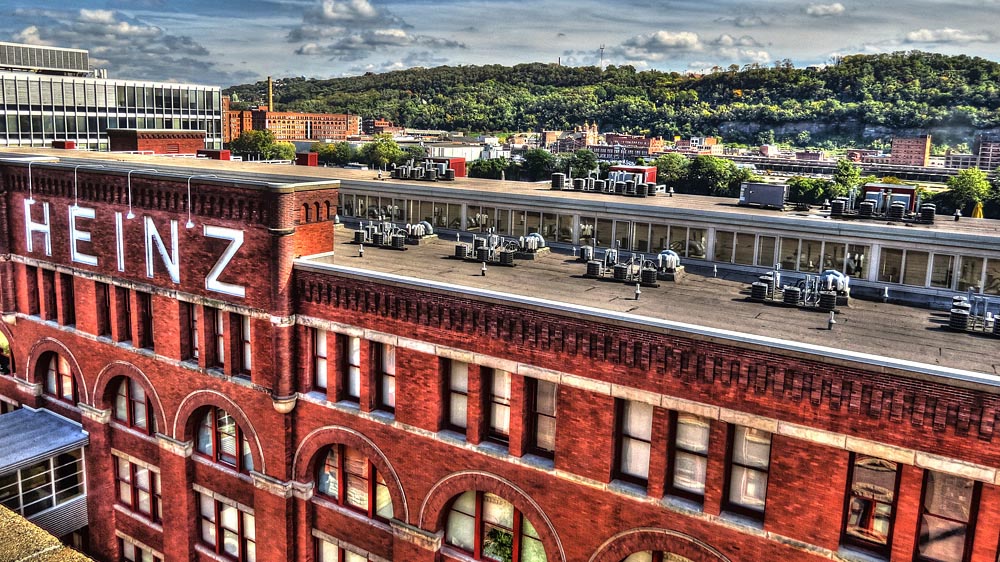 The "Steel City" offers monthly rents of only $700 on average. The city's location at the intersection of two rivers means that many apartments will have waterfront views. In spite of the name, Pittsburgh's steel industry forms a rather small percentage of the area's economic base. Today, Pittsburgh thrives on high-tech industries such as nuclear engineering, biomedical engineering, and robotics. Residents enjoy the city's diverse culinary culture as well as the plentiful public transportation. Pittsburgh's apartment renters keep themselves entertained with football games at Heinz Stadium, hockey games at the Consol Energy Center, theatrical productions at the Benedum Center, or by admiring masterpieces at the Carnegie Museum of Art. Search now for affordable Pittsburgh apartments for rent. 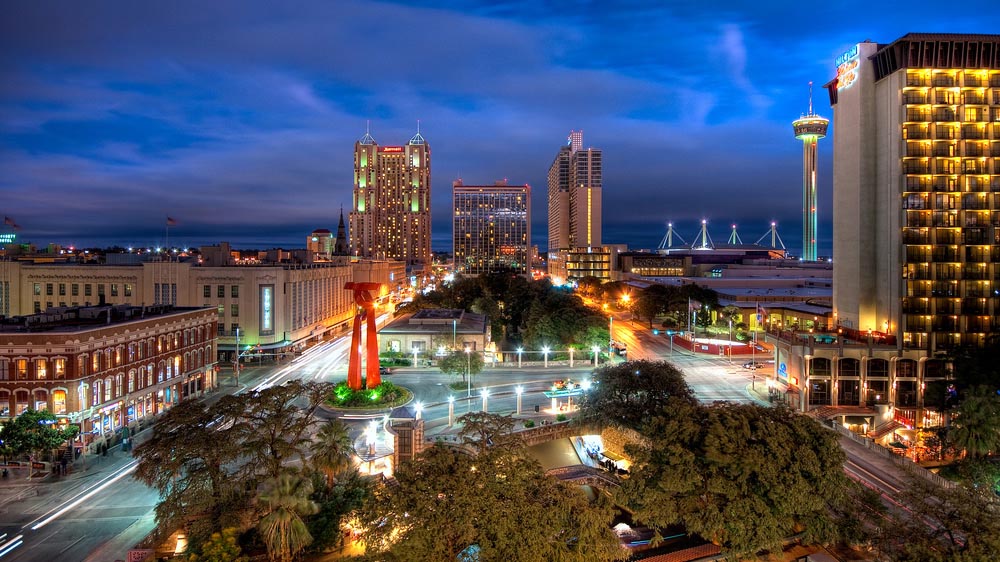 They say that everything is bigger in Texas, but that's not the case with San Antonio's average monthly rent; on average it's only $748! Lackland Air Force Base provides many jobs for military personnel as well as civilian contractors. San Antonio's automotive manufacturing sector also shows signs of significant growth. San Antonio's downtown area includes many hip nightspots, fashionable boutiques, and restaurants offering the native Tex-Mex cuisine. San Antonio prides itself on accessibility for pedestrians and bicyclists. Many apartment renters enjoy biking to their workplaces and enjoying the pleasant weather. Some commuters cycle through the San Antonio River Walk, a series of pathways running alongside the San Antonio River. Search now for affordable San Antonio apartments for rent.

You can refer to our Best Places to Live report for real-time, up-to-date and interactive top 100 best and worst list of cities. The report is sortable, and it allows you to search by population as well as your preferred state.