In keeping with our annual tradition, AreaVibes proudly presents its list of the Top Ten Best Places to Live 2014. We have once again enlisted the aid of a special algorithm to calculate the Livability Score of cities having a population of 200,000 or more, taking a hard look at local amenities, crime rates, employment opportunities, educational rankings, housing statistics, climate and cost of living.

Our list looks a little different this year. While some golden oldies have dropped off completely, one has moved up on the scale. Our final top ten now embraces six newcomers, one returnee, two old favorites and one improver. We have yet to find the city that scores a perfect 100, but some do come quite close. 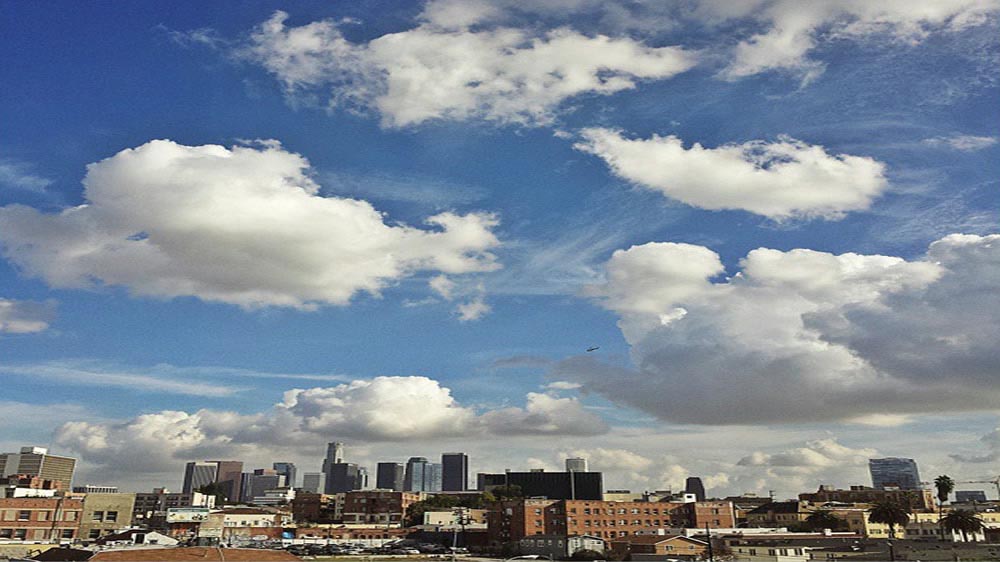 New to the list for the first time this year, Irvine, California, has zoomed to the top. Although its cost of living does rank 69 percent higher than the national average, better-than-normal scores for education, employment, housing, weather and local amenities adroitly counterbalance that. Irvine employment ranks high as well, with a per capita income that beats the national average by a full 54.3 percent. In addition, a substantial 95.9 percent of Irvine students finish high school, with 87.8 percent of them continuing on to college. Throw in a crime index that's far below the average, and you have the perfect recipe for rising to first place. Learn more about Irvine, CA. 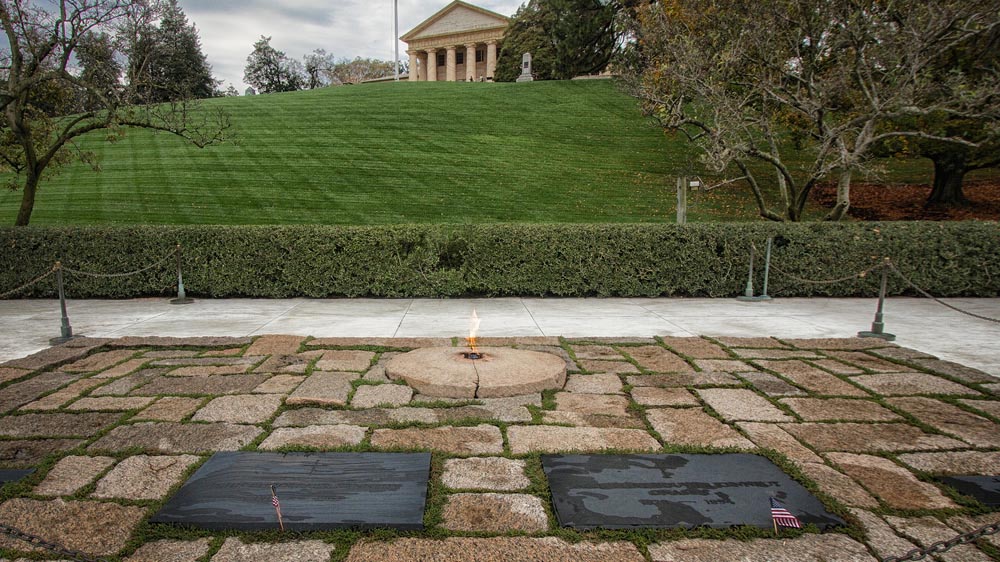 In the eyes of some, a higher-than-average cost of living could be the only downside to dwelling in Arlington, Virginia. In every other respect, this newcomer to the list earns high marks all the way. An incredibly low unemployment rate of just 2.8 percent joins a crime rate more favorable than that of 99.6 percent of the country to make Arlington a place in which you are highly unlikely to live in poverty or find yourself the victim of a violent crime. Arlington also rates an A across the board for amenities, housing and education. On most days of the year, even the weather will cooperate. Learn more about Arlington, VA. 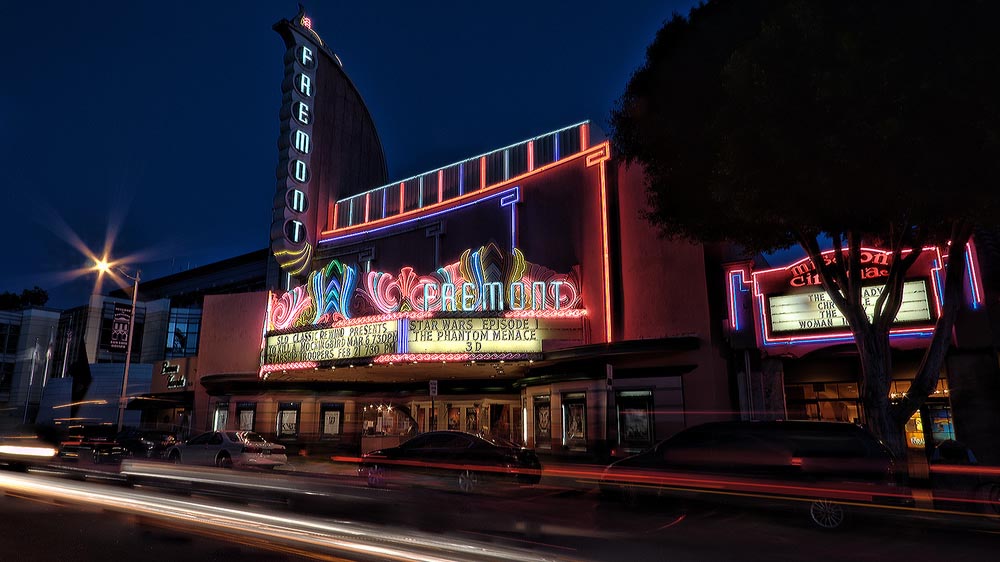 Up yet another two slots from last year's ranking, Fremont, California, is a city on the move. Its perfect weather, diverse population, low crime percentage, stable housing market and an unemployment rate of just 5.2 percent have quite a bit to do with this. Convenience in the form of local amenities and attractions is another plus. In Fremont, practically anything you'll ever need is usually just around the corner. Numerous regional parks and preserves, the Old Mission San Jose, and the Niles Canyon Railway join exhibits and theatrical performances to ensure that for the resident of Fremont, there'll always be something to do. Learn more about Fremont, CA.

Despite dropping from top-of-the-heap status for the first time in three years, Plano, Texas, still ranks high on the overall scale. This city's list of amenities is more than generous, and its crime percentage remains very low. In addition, Plano's 4.2 percent unemployment rate beats that of both Texas and the rest of the nation while the 91.2 percent of Plano youngsters that complete high school bear testament to the city's educational standards. Although its housing prices are 19.7 percent higher than the national average, Plano weather remains nearly perfect, and area attractions abound. History buffs will enjoy touring the Heritage Farmstead Museum or strolling through the city's historic downtown streets while parks and nature preserves await those who love the great outdoors. Learn more about Plano, TX.

Another newcomer to the top ten roster, Gilbert, Arizona, takes honors for its sunny weather, low crime rate and superb educational standards. A full 94 percent of Gilbert students graduate from high school, and no matter where you live in Gilbert, you'll find schools, shopping, restaurants, libraries, fitness centers, public transportation and more within a mile or less. When residents choose to get out for the day, such attractions as a farmer's market, riparian preserve, historical museum and archaeological tours stand ready to serve with little chance of rain to mar the occasion. Learn more about Gilbert, AZ. 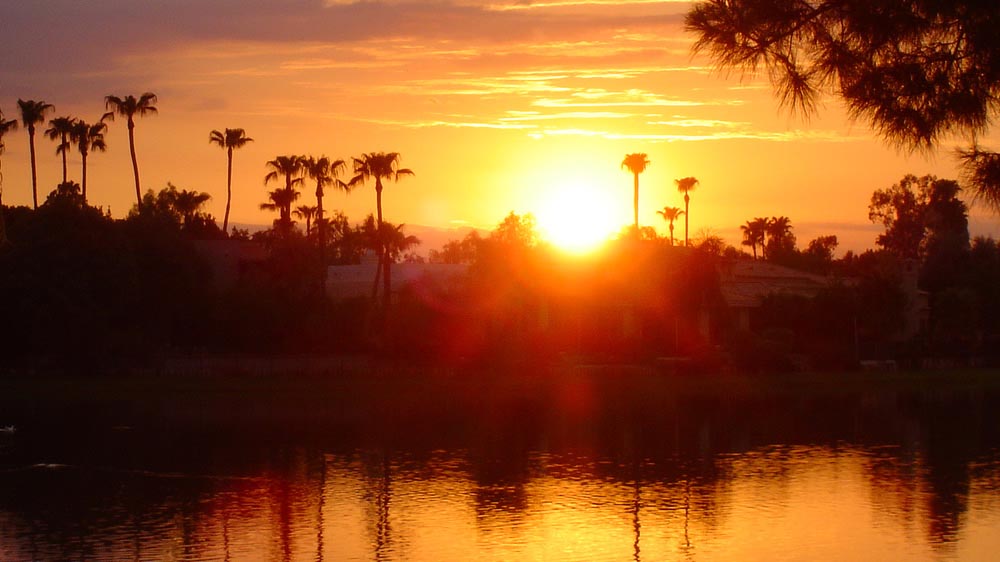 When you consider that Scottsdale, Arizona, is now hitting our top ten list for the fourth consecutive year, a minor drop in ranking from second place to sixth does not amount to all that much. While a higher-than-average cost-of-living index does remain, it is only fitting in view of the fact that many consider Scottsdale to be Arizona's version of Beverly Hills. To resident and visitor alike, Scottsdale offers sightseeing tours, historical landmarks, parks and sporting opportunities. Moreover, a generous sprinkling of restaurants, spas and upscale shops combined with a low crime rate should keep this city safely on the list. Learn more about Scottsdale, AZ. 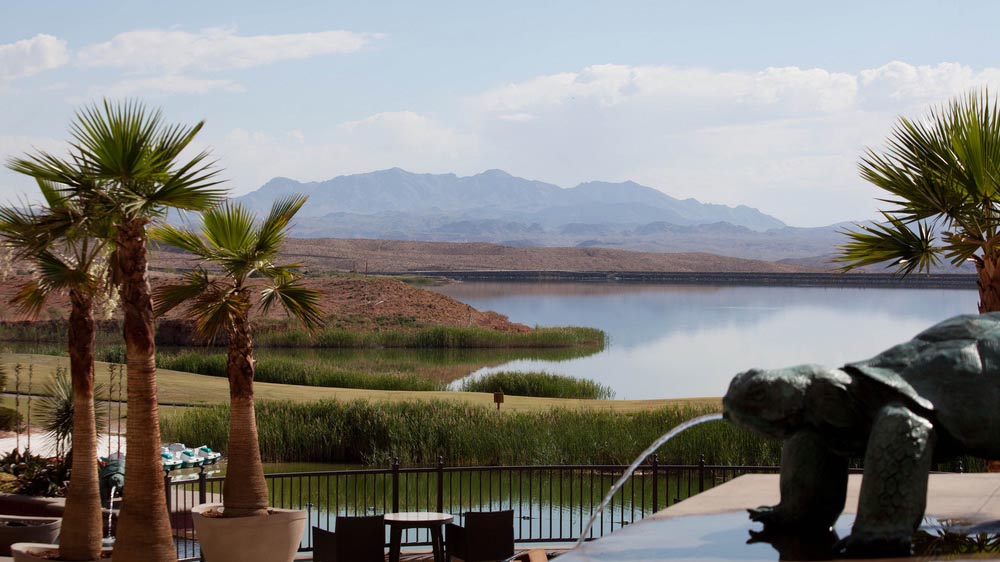 The fourth of six newcomers to Best Places to Live 2014, Henderson, Nevada, features warm, sunny weather, top-of-the-line educational opportunities, stable housing and a highly favorable crime rate. Although its median home price is nearly 30 percent higher than the national average, an owner-occupancy rate of 65.4 percent speaks to the city's stability. Almost 90 percent of Henderson residents have completed 12th grade, and despite a relatively high 6.8 percent unemployment rate, the city's per capita income still trumps that of Nevada and the rest of the nation. Learn more about Henderson, NV. 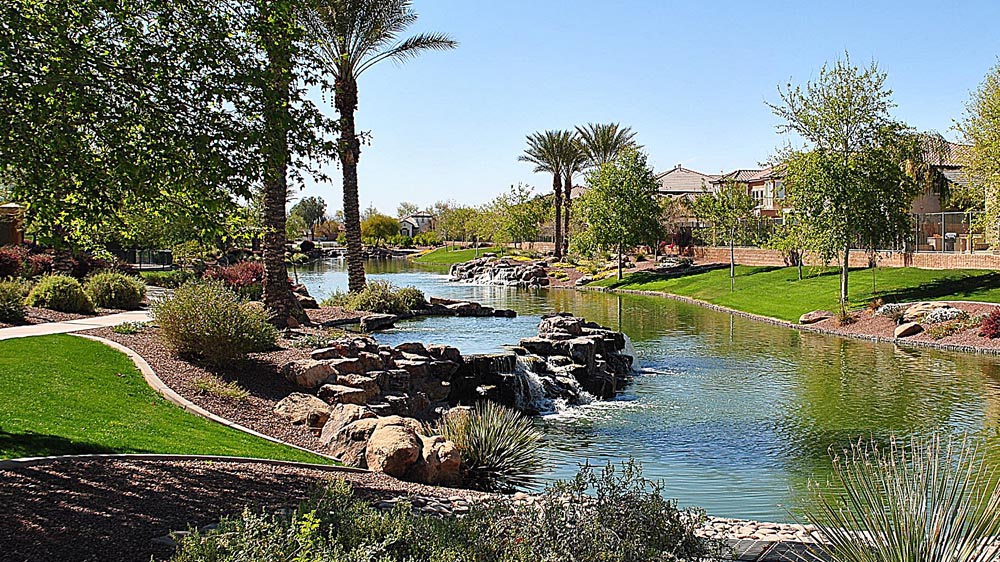 It rarely rains in Chandler, Arizona, a city with a relatively favorable cost-of-living index, warm weather all year 'round and sunshine that just won't quit. It's Chandler's first appearance among the top ten, and if things continue at their current pace, it might not be the last. Chandler's residents enjoy a wide range of amenities, and its climate will rarely stand in the way of those who wish to visit its many attractions. Although home prices in Chandler do exceed the national average by 28.4 percent, 64.7 of these residences are owner-occupied. Educational standards are high as well, with 89.9 percent of young people graduating from high school. Learn more about Chandler, AZ. 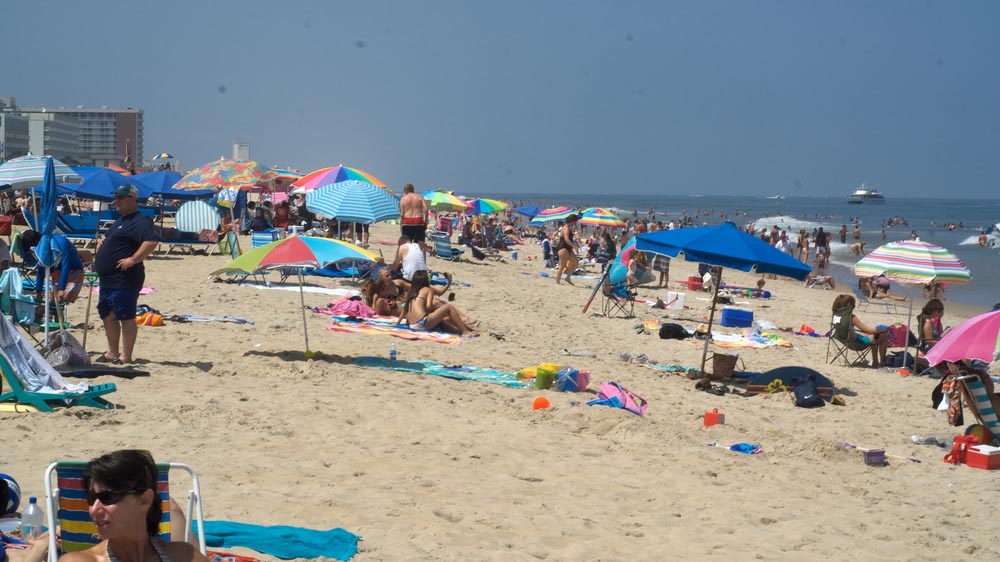 Back on the list after a yearlong absence, a perfect set of amenities joined forces with educational excellence and low crime rate to make the return of Virginia Beach inevitable. While waiting in the wings for its comeback, Virginia Beach dropped its unemployment rate a full two percentage points below the national average, and the fact that a full 89.7 percent of its students completes the 12th grade only adds to its luster. With a temperate climate, good air quality and the amenities that one can find only in a seaside community, it would seem that this city's return to our list was just a matter of time. Welcome back. Learn more about Virginia Beach, VA. 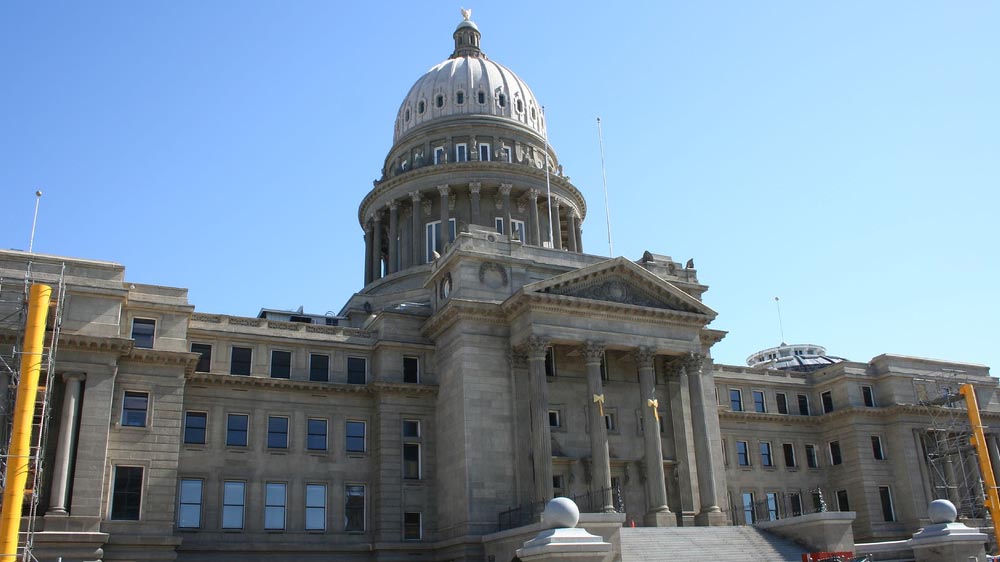 Boise, Idaho, also makes its first appearance on our countdown of Best Places to Live 2014. Excellent educational opportunities and a wide range of attractions have joined a relatively reasonable cost of living to assist it in making the roster. The overhead expenses of Boise residents balance well with a per capita income that surpasses that of Idaho as a whole by 23.5 percent. At the same time, its median home price remains only slightly higher than the national average, and families with children will be glad to know that 89.6 percent of Boise students graduate from high school. Boise also scores exceptionally high in the amenities department with a ski resort, botanical garden and discovery center joining such curiosities as the Old Idaho Penitentiary to provide something of interest to every resident. Learn more about Boise, ID.