Top 10 Cities With The Best Weather In America 2015

Although unpleasant weather might give you something to talk about with strangers, most people prefer sunny days that aren't too hot and aren't too cold. You can't change the weather in your city, but if you're planning a move to escape your city's weather, you might want to consider some of America's top cities for pleasant weather. You're never guaranteed perfect weather, but the residents of these cities have a better than normal chance to experience sunny days and comfortable temperatures. 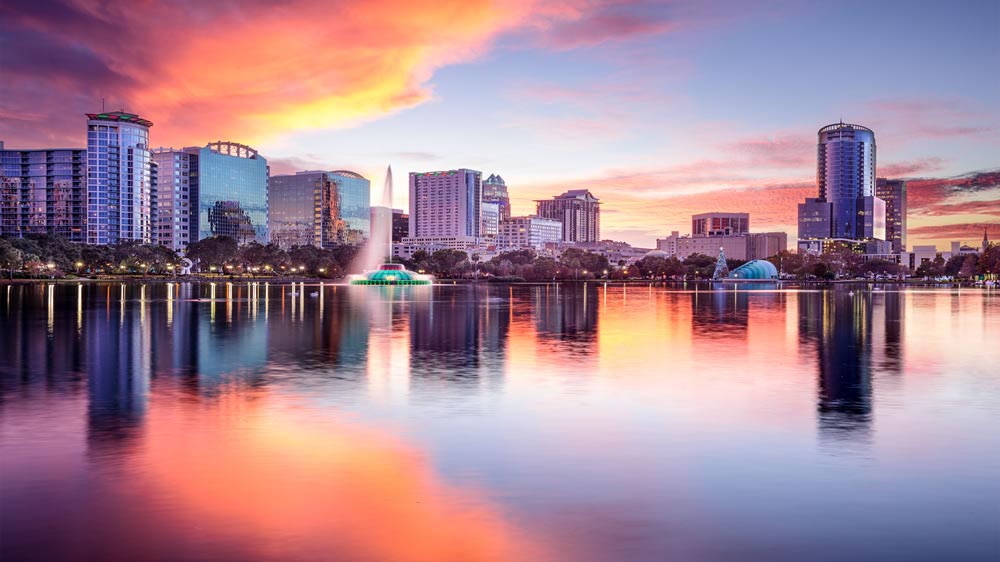 Our list begins with Orlando, Florida, the home of several major theme parks and endless golf courses. Orlando has a humid subtropical climate with two major seasons. During the majority of the year, residents experience balmy temperatures and abundant sunshine. In the summer, temperatures stick around the 80s, allowing residents to experience all of Orlando's attractions without worrying about extreme heat. Orlando's highest monthly average temperature of 82.4 degrees occurs in August, and the coldest month is January at 61.8 degrees. Learn more about Orlando, FL weather. 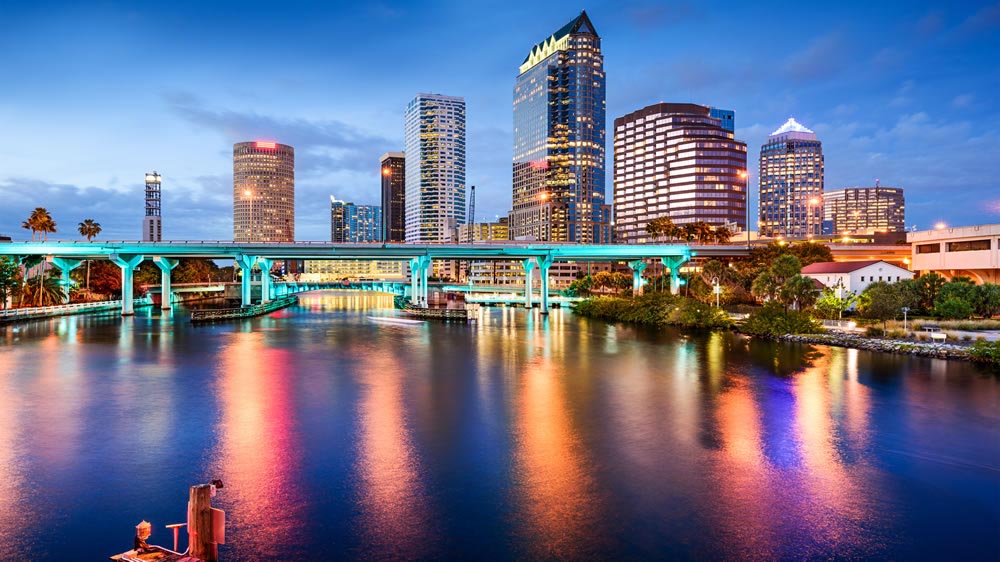 Located on the eastern side of the Gulf of Mexico, Tampa is another Florida city with pleasant weather throughout the year. Even during the late summer and into fall, temperatures are pleasant enough to enjoy an evening baseball game without bundling up. Lightning chasers will enjoy Tampa's summer months; Tampa experiences a number of lightning storms during the summer, giving the city the title of the Lightning Capital of North America. August is Tampa's warmest month, with average temperatures of 83 degrees. Even in January, Tampa's coolest month, you'll barely have to wear a light jacket; the average temperature in January is 62 degrees. Learn more about Tampa, FL weather. 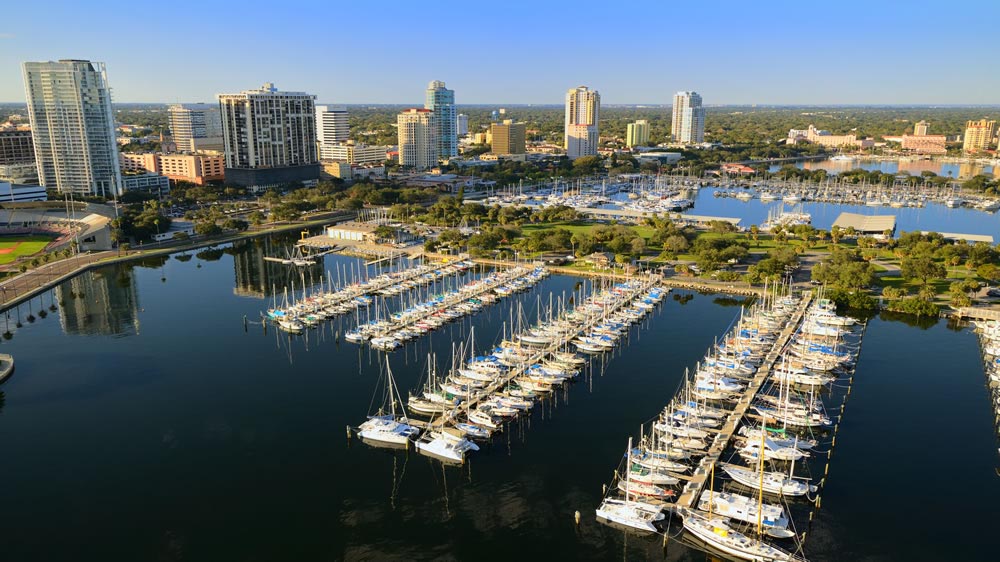 According to local legend, St. Petersburg, Florida, was named after the Russian city with the same name. Residents of this Florida city, however, will have to look hard to find any snow, even during the coldest months. Winters in this region are dry, and freezing temperatures are few and far between. The city's coldest average temperature is in January, with averages for this month at 61 degrees. Summers offer a mix of 80s and 90s. Residents who enjoy tropical gardening will love this city; St. Petersburg sits near the northern limit of where tropical plants can thrive in North America. Learn more about St. Petersburg, FL weather. 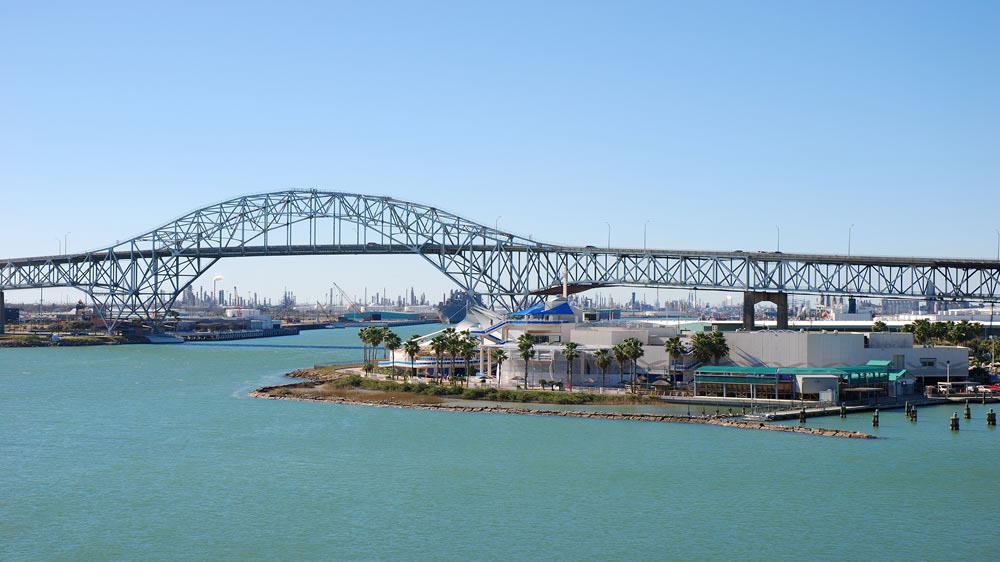 In Corpus Christi, Texas, residents have only a brief chance to experience cold temperatures between November and February. Although the city has had the occasional snowfall, the weather is generally well above freezing, even in the wintertime. The coldest average temperature in January is 58 degrees, making Corpus Christi an ideal place to visit or live for those who dislike cold winters. Average temperatures in the summer hang around the 80s. The average lows are in the 60s, making nighttime summer activities, such as stargazing, a popular pastime for the residents of Corpus Christi. Learn more about Corpus Christi, TX weather. 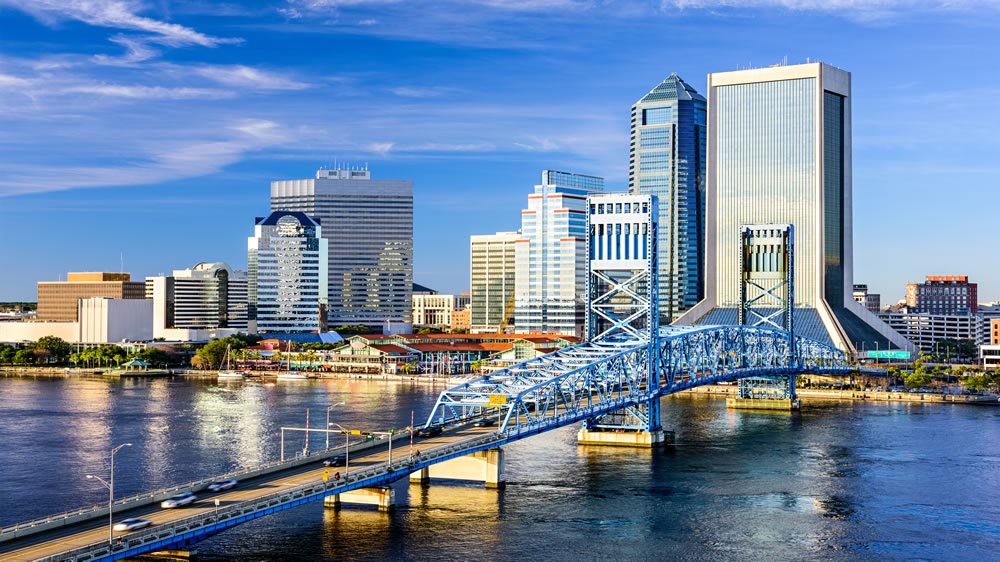 With the city's beautiful weather and mild winters, it's no surprise that golfers love Jacksonville, Florida. Jacksonville very rarely experiences freezing temperatures, but the average winter features mild temperatures with plenty of sunshine. In the summer, the highest average temperature in the city is 83-85 degrees. Summertime's rare afternoon storms can sometimes start suddenly, but they end just as quickly. At most, golfers might need to take a brief break during a game. Learn more about Jacksonville, FL weather. 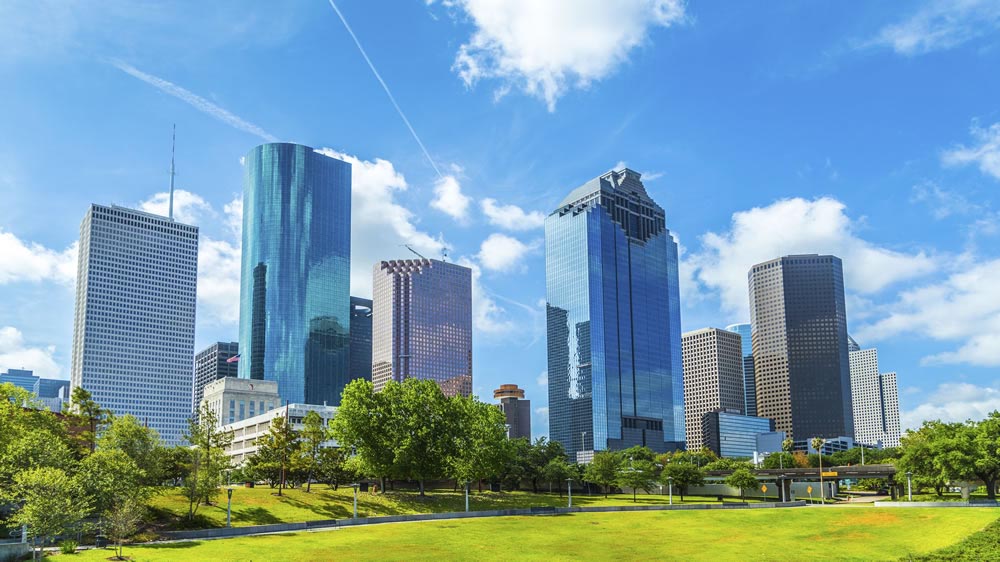 The weather in Houston, Texas, is affected by the city's close proximity to the Gulf of Mexico. The gulf's warm air and wind results in a mild winter and high humidity during the summer. The coldest temperatures are in December, with 53.5 degrees as the coldest average temperature. Snow fans would do well to avoid the city, as the cold white stuff is a rare find in Houston. On average, there are only three weeks in the year when temperatures even consider dropping below freezing. Summer temperatures can occasionally reach the 100s, but average temperatures are usually just a touch above perfect; the highest average monthly temperature, which takes place in July, is 85 degrees. Learn more about Houston, TX weather. 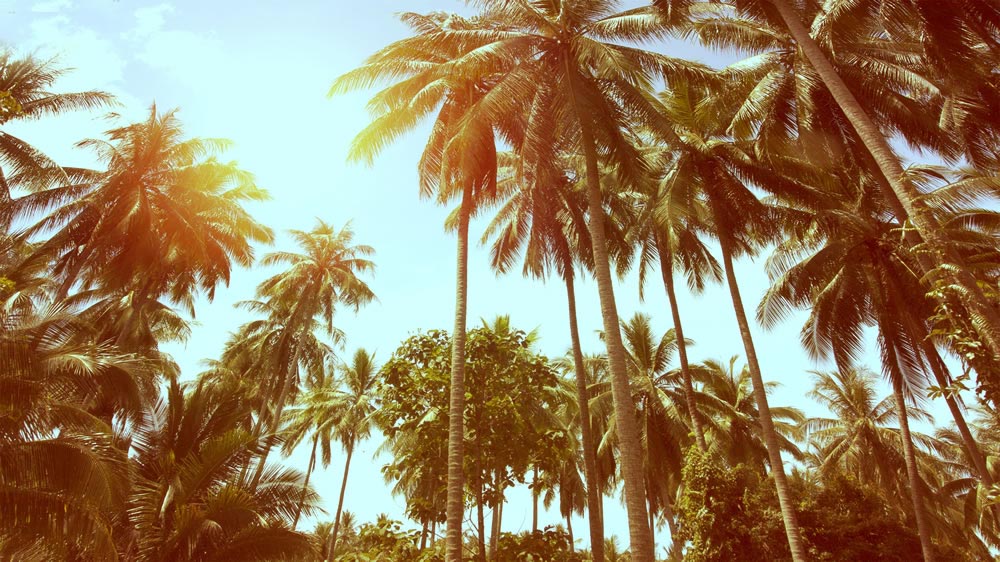 Located next to Miami, Hialeah, Florida is a city of over 225,000 residents. Residents of Hialeah enjoy dry winters with long and warm summers. Sunshine is plentiful, giving residents plenty of chances to enjoy the nearby beaches and outdoor attractions. The maximum temperatures during the summer average in the mid 80s, with the highest average temperature of 84 degrees occurring in August. Refreshing afternoon rain and cool breezes from the Atlantic Ocean help cool off residents during the warmer months. Learn more about Hialeah, FL weather. 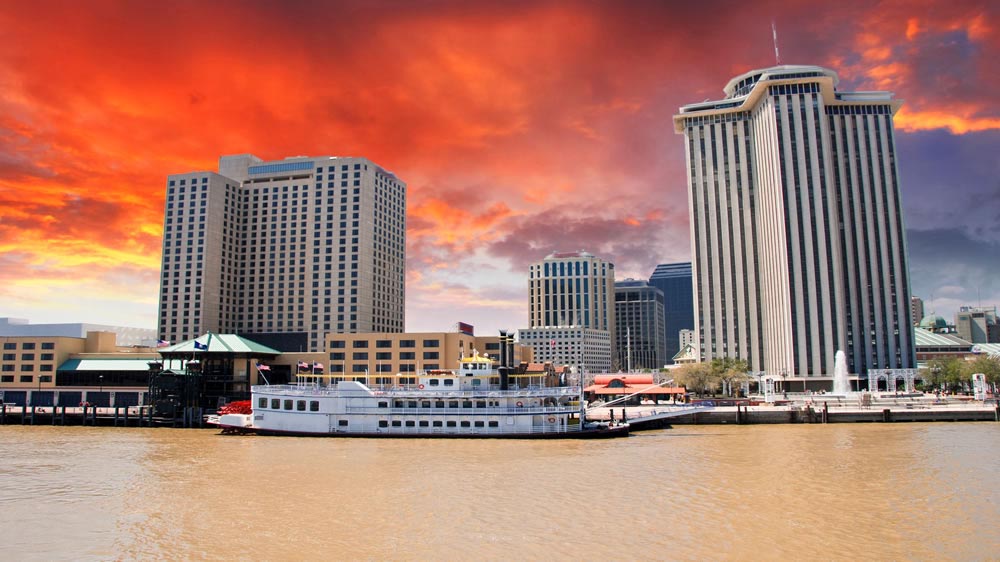 Mardi Gras revelers from all across the United States appreciate the mild winter weather in New Orleans, Louisiana. During the month of February, when the celebrations take place, the average temperature is 60 degrees, making it comfortable enough for partiers to wear whatever costumes they want. Summers in this city are typically warm and humid; the highest average temperature is in July at 83 degrees. Summer days above the 90s are uncommon. October is the city's driest month and features comfortable temperatures in the 70s. Learn more about New Orleans, LA weather. 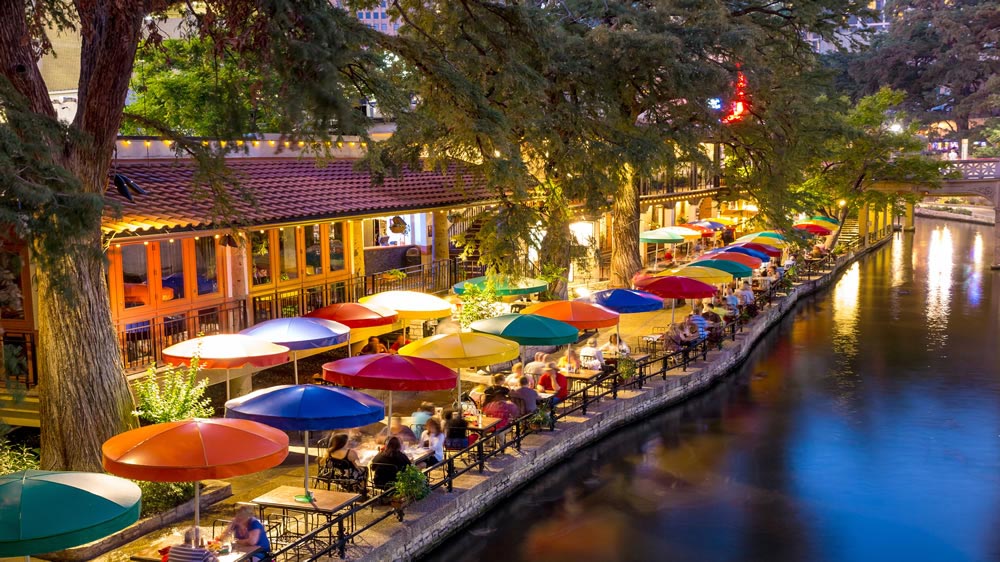 Located in the American Southwest, San Antonio is a Texan city with mellow weather, a low cost of living and plenty of attractions. Winters in San Antonio typically feature warm temperatures, making it easy to enjoy the outdoors all season long. People fleeing the frozen expanses of the northern United States will find plenty to enjoy in San Antonio; snowfall is exceptionally rare in the city, allowing San Antonio residents to leave their tire chains in the garage. Summer temperatures can be warm, but even August, the warmest month, only averages a high temperature of 86 degrees. Learn more about San Antonio, TX weather. 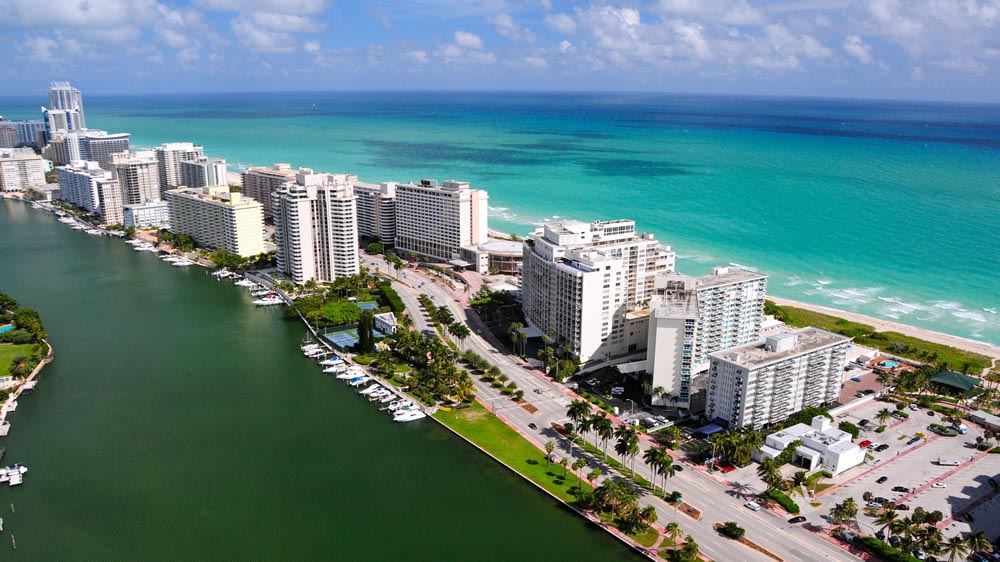 Miami may have vices, but bad weather isn't one of them. The city is home to a relatively consistent year-round temperature that attracts fun-seekers and retirees alike. In the winter, monthly average temperatures sit in the upper 60s to the low 70s, and summer highs aren't much warmer. The warmest month is August, with an average monthly temperature of about 84 degrees. Weary snow shovelers can rejoice; other than one hotly disputed claim, Miami has never recorded any snow. Learn more about Miami, FL weather.