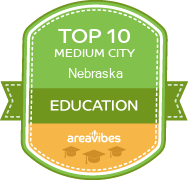 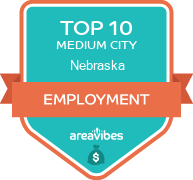 Best Places to Live in and Around Kearney

Kearney is a moderately-sized city located in the state of Nebraska. The city has a population of 32,709 residents. The majority of Kearney residents report their race to be White; this is followed by Asian and Black. If you are a young adult or student, you might be pleased to know that the average age of all Kearney residents is 31. If you are looking for a family friendly city, Kearney might be a good fit as 78% of the population over 15 years old are married, and 57% have kids who are 18 years old or younger.

Living in Kearney can be a good experience for anyone relocating to the town. Having said that, in the state of Nebraska, there are many amazing places to live, so choose wisely! To help you find the best places to live in and around Kearney, AreaVibes has created a livability score using key metrics like amenities, crime, employment, housing and more.

Kearney has a livability score of 83 out of 100 and is ranked #21 in Nebraska and #814 in the USA. Clearly, Kearney is doing something right, as this score ranks well above the average of most cities. The cherry on top is that Kearney also ranks in the top 10 percent of all cities. For each of the livability categories, we can establish that Kearney ranks very well for amenities (A+), crime (B), cost of living (B) and education (A+). Unfortunately for Kearney, there are some categories for which it does not score well, this includes: weather (D-).

Conveniently located amenities and interesting attractions are a great way to continuously enjoy Kearney on a regular basis. Knowing that there are an abundance of amenities and things to do can ensure that you always have access to nearby grocery stores, restaurants and coffee shops. Some of the notable things to do include: Great Platte River Road Archway Monument, Museum of Nebraska Art, and Hike-Bike Trail Bridge.

Knowing that the Kearney schools rank highly for test scores plays an important factor in deciding if this area is the right place to live. The average school test scores are 74%, which is far higher than the national average.

Kearney real estate prices and overall affordability will play a huge role in determining if the area is the right fit for you. Of course there are probably some other items on your “wish list”, but even before they are considered, let’s take a look at the home prices and affordability in Kearney. Median real estate prices in Kearney come in at $159,400, which is 16.1% higher than the Nebraska average. The home price to income ratio compares the median home prices to the median household income. In Kearney, the home price to income ratio is 3.1, which is 24% higher than the Nebraska average. Real estate appreciation rates in Kearney are important to consider, as they can act as a guide to determine if your new home purchase will be a solid investment going forward. During the last twelve months, the appreciation rate for Kearney homes comes in at 5.2%, and the 5 year appreciation rates were 4.6%. 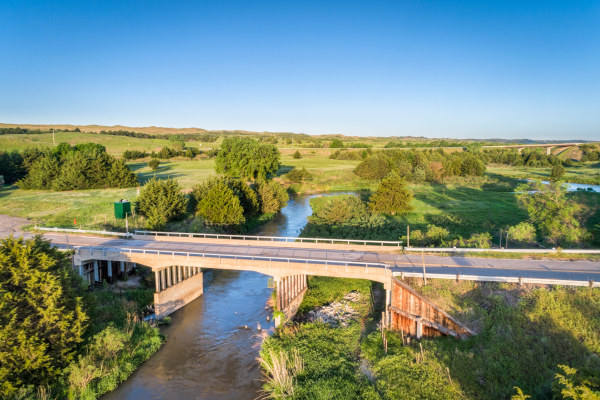 Check out the 10 safest cities in Nebraska