Best Places to Live in and Around Chattanooga

See all the best places to live around Chattanooga

What do the locals think about Chattanooga?

Few cities in America are surrounded by more natural beauty than Chattanooga, Tennessee. Nicknamed the "Scenic City," Chattanooga comes at the point where Tennessee, Alabama and Georgia meet, and it is nestled in a valley in the southeastern part of the state between the Cumberland and Appalachian mountain ranges. On the north of the city is Signal Mountain, and on the south is Lookout Mountain. Chattanooga lies on the Tennessee River's two banks at Moccasin Bend. Because there are interstate highways and multiple railroads, there is easy access to this city that has much to offer residents and tourists alike. For the tourists, there are numerous hotels, even one converted from a railroad terminal, the Chattanooga Choo-Choo Hotel. There are also shuttle buses to transport visitors and residents to spots of interest conveniently and to work.

With its scenic settings, historic Civil War battlefields and the Appalachian Trail, Chattanooga draws many people to the area. Additionally, the city hosts events such as the Riverbend Festival, a music festival of nine nights that ranks in the top 10% of all American festivals. There is also the Fall Color Cruise and Haunted History Walking Tours, during which visitors are taken into haunted places connected to the darker history of Chattanooga. Guides narrate intriguing stories of ghosts as they point out locations. Another event at this time is the adult ghost hunt in Citizens' Cemetery, using temperature and laser guns, along with a paranormal communication device.

Another popular event is the Bessie Smith Strut, an event with a parade and stage performances. With Chattanooga's children's Creative Discovery Museum and the Tennessee Aquarium, the city has much appeal for visitors and residents alike. Chattanooga also has the Incline Railway, a sloped cabled railway. The Incline is the steepest passenger railway in the world, and it transports people up historic Lookout Mountain. In operation since 1895, the Incline is now a National Historic site. Tourists can ride and then visit the machine room to see the giant gears working. For outdoor enthusiasts, Chattanooga has hang-gliding, mountain climbing and caving expeditions. The lush and beautiful Smoky Mountains have a wider variety of flora in the Tennessee River watershed than in any other area of the United States.

Along with the city's beauty, a stable economy and a renovated downtown, Chattanooga has made people eager to live there. Although the cost of living is slightly higher than in other cities of Tennessee, the cost of housing in Chattanooga is lower than the national average. Recognition has been given to this city for its livability, along with awards for excellence in consolidated planning and housing. In the city of Chattanooga, Tennessee, goods and services match the average in Tennessee, but they are lower compared to the nationwide average.
.

The best places in Tennessee 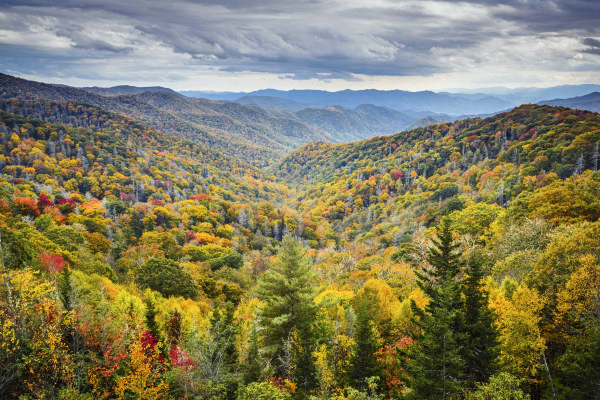 Here are the best places to live in Tennessee

10 Best cities in Tennessee for employment

Top 10 cities in Tennessee with the best education system

Attractions8/10
Community6/10
Nightlife7/10
Dining7/10
Shopping6/10
I've visited many times, and each time I notice an improvement in the place. Environmentally, they have improved so much over the years, making Chattanooga a really good launching point for the multitude of outdoor activities in the area. The people, especially the wealthier citizens, are very philanthropic in a way that benefits others and rather buttoned down in a very Southern way. There are still areas that need revitalizing, no doubt, but there has been a lot of progress. Good restaurants and amenities.
Limited in what matters

Attractions6/10
Community3/10
Nightlife3/10
Dining4/10
Shopping3/10
Cons:
Healthcare here is a joke. There are three hospitals and only one is marginally acceptable. The other two are filthy and understaffed.

Not much choice when it comes to grocery stores.

Expect to be disliked by the locals if you’re an “outsider.”

Pros:
Riverwalk. Awesome for biking or walking if it’s not closed for an Ironman.

Attractions9/10
Community8/10
Nightlife6/10
Dining6/10
Shopping8/10
very good community,dining,attractions and so much outdoor activities .Alot of places to Rock climb,mountain bike, trail run,hang glide,kayak ,fish, hunt you name it chattanooga has it all (except snow skiing) for the outdoors.Good restaurants ,beer houses, wineries,good festivals and a arts.Diversity is improving a lot .folks are friendly,but keep in mind if your moving here from other parts of the country that southerners can be passive aggressive..Chattanooga is mostly conservative but we do have a growing progressive community.Schools here compared to other cities are average to below average.There are opportunities to get out and meet people whether its volunteering,outdoor,festivals meet up groups.Cons of living here are the weather, we got 70 inches of rain last year and average around 55 60 in a year.Hot, humid 5 months a year add the rainy and hot humid days that does not allow much time to get out and enjoy all the outdoor activities we have.Crime, we do have a lot of overall crime in certain areas.I do agree with area vibes grades on amenities,cost of living,housing, employment.But on weather i would give it a c- and education a c
Really nice place to take your kids

Attractions9/10
Community7/10
Nightlife5/10
Dining5/10
Shopping8/10
We were on our way to Knoxville but we stop in Chattanooga to spend one night and it was completely worth it. My kids love it. There are so many things to do with your kids. The children museum was the best.

We are planning to return may be the next year or if we have time and money this year.

Thanks and enjoy Chattanooga!!
cheers
Chattanooga, TN - Bring the Kids!

Attractions8/10
Community9/10
Nightlife9/10
Dining9/10
Shopping10/10
Last spring, my husband and I took our two year old twins to spend the day in Chattanooga, TN. We had a blast!

There are many things to do and various attractions to see throughout the city to entertain your children. The downtown Chattanooga Aquarium was our favorite! We spent hours there touring the aquarium as well as the outside surroundings.

The people in Chattanooga are as friendly as people in the South and it is an easy city to travel about. Our family stopped to ask for directions on multiple occasions in Chattanooga and the locals were always willing to help.

We were concerned with traffic with there being so many things in the downtown area to do. However, we had no issues. If you and your family are looking for a summer getaway or a short weekend trip I would strongly encourage visiting Chattanooga, TN as you will not be disappointed.
Source: The Chattanooga, TN data and statistics displayed above are derived from the 2016 United States Census Bureau American Community Survey (ACS).
Loading