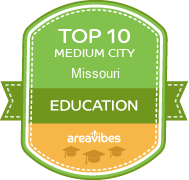 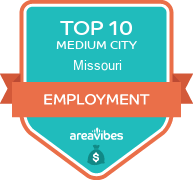 Ballwin is a mid-sized city located in the state of Missouri. The city has a population of 30,431 inhabitants. With a population density of 3,379 people per square mile, Ballwin is well above the nation's average density level. According to the most recent Census, 88% of Ballwin residents are White, 6% Asian and 2% Black. Ballwin is known to be family friendly as more than 84% of the population has already tied the knot. It might also be worth noting that 58% of residents also have children under the age of 18.

Without the right tools, relocating to any new city can be very stressful and challenging. Living in Ballwin, Missouri could be a great experience for anyone who puts in the time to do the research required. With useful information like crime, weather, education and other key data points, finding the best places to live in Ballwin and in the areas around Ballwin is a much easier task.

Using data and statistics Ballwin has received a livability score of 88/100. This score is ranked in the 99th percentile when compared to all other cities. Based on this score, Ballwin would be considered a very livable city! Ballwin has also earned the rare honor of ranking in the top 10 percentile among all cities. Based on the scores for each individual category, Ballwin has received high marks for amenities (A+), crime (A+), education (A+) and employment (B). Ballwin does not fare well for the following: cost of living (D). It might be a smart idea to take a closer look at each category to find out why.

Conveniently located amenities and interesting attractions are a great way to continuously enjoy Ballwin on a regular basis. Knowing that there are an abundance of amenities and things to do can ensure that you always have access to nearby grocery stores, restaurants and coffee shops.

Low violent crime (murder, rape, robbery, assault) is a must for most people when searching for a new area to live. At 40 crimes per 100,000 residents, Ballwin has a violent crime rate that is far below the national average.

The average school test scores in Ballwin are 73%. This far exceeds the national average and ensures that this educational system will provide your children with the skills and the tools they need to thrive.

Being close to public transportation, grocery stores, parks and other conveniences are all important when weighing your options for a new home in Ballwin. Before you determine if any of these amenities are available in the area, you will also want to know if the real estate prices in Ballwin are affordable. The median home price for Ballwin homes is $238,400, which is 68.8% higher than the Missouri average. If we take a closer look at the affordability of homes in Ballwin, we’ll see that the home price to income ratio is 2.8, which is 3.4% lower than the Missouri average. Knowing if your home will appreciate on a long term or even a short term basis should be factored into your decision making. An increase in your home’s value can be a good way to generate tax-free equity that can create long term financial security. In the past year, appreciation rates for homes in the Ballwin area were 4.8% and 5 year appreciation rates were 5.3%.

The best places in Missouri

Write a review about Ballwin Tell people what you like or don't like about Ballwin…
Review Ballwin
Community Unity, And Entertainment Throught

Attractions8/10
Community10/10
Nightlife6/10
Dining6/10
Shopping7/10
I love Ballwin. The simplest I can put it. There is no place like it. The people come together in times of needs, which in today’s world, can be on of those moments that really change your life. I cam so grateful to this community and the diversity that they nurture. No wonder we’re growing so fast!

The school system is great, the community over all is pretty close. There are also a number of things to around the park like concerts in the summer time, different types of eateries, dealerships if you’re ever in the marker for a new farm and shops, lots of shops. You’ll also find we ha e a great emphasis on talent, such as the arts.

It’s a great town to be active in because there’s a rec center, a number of parks and caps to explore more than just the great out doors. If you have a family, I would highly recommend this robust city a place I’ve truly come to love.
Source: The Ballwin, MO data and statistics displayed above are derived from the 2016 United States Census Bureau American Community Survey (ACS).
Loading