Best Places to Live in and Around Arlington

See all the best places to live around Arlington

What do the locals think about Arlington?

From a distance, Arlington might seem to blend seamlessly into surrounding Dallas and Fort Worth. When you get up close and personal, you will realize that Arlington is a vibrant urban center with its own stand-out features and unique personality. Arlington residents experience urban living times three as they live in a city that acts as the glue that connects Dallas and Fort Worth.

Arlington is a perfect place to escape the harsh winters of northern states. In Arlington, summers are sultry and winters are pleasantly cool, with a few exceptions. While snow has been known to make an appearance, snowless winters are common in this Texas city.

If cultural experiences are what you're after, Arlington will deliver. Catch a live performance at Theatre Arlington, one of the largest community theatres in the country. If you are looking for a way to spend a relaxing afternoon, check out the awe-inspiring exhibitions at the Arlington Museum of Art. If music is your jam, Downtown Arlington's Levitt Pavilion offers 50 free concerts each year, representing a variety of genres.

Sports enthusiasts will feel right at home in Arlington. When it comes to professional sports, there is something for everyone in this lively city. Football fans flood AT&T Stadium to watch the Dallas Cowboys compete during home games in the fall. Global Life Field, home of Major League Baseball's Texas Rangers as of 2020, is a modern venue designed to blend the ambience of outdoor baseball with air-conditioned comfort during hot Texas summers.

If you are concerned about traveling between work and play in Arlington, you can put those worries to rest! Arlington residents have easy access to seven major highways, as well as the Trinity Railway Express. Arlington is also on the cutting edge of commuting as the first municipal government in the country to offer autonomous shuttle transportation. When it's time to leave town, Dallas/Fort Worth International Airport is waiting to take you to distant destinations. 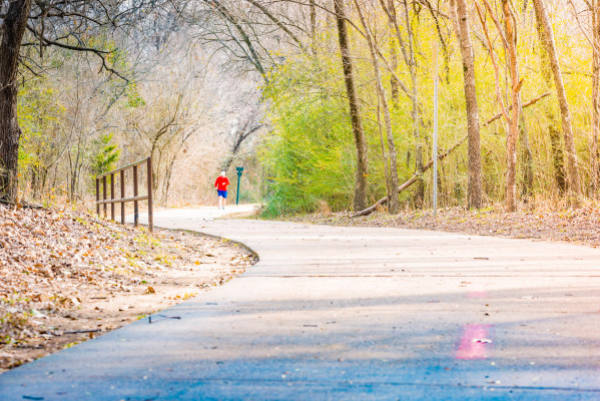 See the best places to live in & around Arlington

Write a review about Arlington Tell people what you like or don't like about Arlington…
Review Arlington
Found a NO WAIT Arlington Walk In Clinic/Urgent Care
Attractions10/10
Community10/10
Nightlife10/10
Dining10/10
Shopping10/10
Wanted to let everyone in the South Arlington/North Mansfield know about an urgent care we found this week. On the south west corner of Sublett and hwy 287 in with Albertsons is the greatest clinic. Dane Thurston was medical provider, and he saw us within 5 minutes of finishing our fairly easy paperwork. We were in and out in 30 minutes total. The nice gal at the front desk said we could check in online at https://communitymedcare.com/arlington-urgent-care/Will definitely be back.
1 -1
10 Years In Arlington, TX
Attractions7/10
Community9/10
Nightlife8/10
Dining8/10
Shopping7/10
I have lived in Arlington, TX for the last ten years, and I have discovered that this is one of the best suburbs in the country to live in. This is a place that just outside Dallas, but it also plays host to the Texas Rangers. We have easy access to downtown Dallas, but we do not have to deal with all the traffic in downtown Dallas.

We are a lovely little city, and we have a few attractions outside of the Rangers. Most people in the area prefer to head down to the ballpark around gametime because the flourishing nightlife and bar scene all happen around the ballpark. Even when it is no longer baseball season, the dining and nightlife in that part of town is immense.

This is a nice community filled with many people who have lived here their entire lives. You may not realize how original this town is, but we are one of the few that boasts more natives than transplants. Arlington is unique in the Dallas area in that way.

When I relocated to Arlington, Texas, I was hoping that I would not have to stay here much longer. However, I have discovered that this is a place where people will welcome you with open arms. I made this discovery even though I was not sure I wanted to stay in Texas, and I am glad that this is a place that I decided to stay. Come for a visit in a town where you will love to build your life and that of your family.
1 0
Arlington, TX interesting developments
Attractions7/10
Community8/10
Nightlife6/10
Dining6/10
Shopping8/10
I have lived in Arlington for about 9 years. I don't know if I would call it a "Southern" city, having lived in the South. It is too diverse ethnically and has far too many non-Southern transplants--if it ever was a real Southern city, but I do think its best times are ahead. Its growth is impressive and it has both a suburb and an urban feel. Suburbs tend to lean suburban/urban or urban/suburban. Arlington seems much more the latter than the former and I suspect that will increase. I would like to see more in developing nightlife as an easy access alternative to either Dallas or Fort Worth. There seems to be an appetite for it and with the increasing numbers of college students due to UT Arlington, someone somewhere could do a good business catering to those interested in such things without losing its quality family life focus. It would also be nice to see efforts to attract the opposites on the age spectrum--young singles and active retired folks. I believe a place like Arlington could successfully appeal to both groups. Don't get me wrong, I am not complaining, but because I believe in this place I now call home, I see great opportunities for positive growth and increasing its quality of life while dead center in the DFW area.
2 0
Arlington, TX - The One and Only
Attractions8/10
Community8/10
Nightlife7/10
Dining7/10
Shopping8/10
I've lived in Arlington my entire life and have traveled the country but have never found a city quite like my town. With a population of just over 380,000, it provides all the luxuries that you would expect from a big city but with the same feel as a small southern town. This city is chalk full of patriotism and culture that draw in tourists each and every year from all over the world.

The first thing that I show people when they visit is the Rangers stadium. As many people know, Texas is all about sports and we love our local baseball team. Our stadium is huge and a great way to get out and enjoy a peaceful after noon and watch some professional baseball!

The other thing that catches not only my eye, but the eyes of others is the Oil Derrick Tower. This tower is located at Six Flags and is a huge landmark for the area. Six Flags is one of the biggest waterpark franchises in all of America and we here in Arlington are proud to say that we have one and you'll love getting in and out of the water on a hot day with tons of friends! On top of that, Arlington is also the world headquarters for the sport of bowling. We love bowling in this area and you can easily join a league and get out on the lanes and compete with tons of friendly and like minded people!

All in all I love Arlington, Texas and I couldn't imagine living anywhere else. Come on down to Arlington today and take in a Rangers game or perhaps go and throw the bowling ball down the lanes and see if you can't hit a strike. Arlington is nothing but fun!
1 0
Arlington, Texas - Hometown Feel Just Outside the City
Attractions6/10
Community9/10
Nightlife6/10
Dining6/10
Shopping7/10
Arlington, Texas is the Fort Worth / Dallas suburb where my sister and her family lives. Each time we travel to Arlington I've had to remind myself that we were just outside the metro area. The neighborhood they live in seems so relaxed and has that safe feeling of a smaller town or a suburb much further outside the metro. We also visited other neighborhoods in Arlington and I found them to have that same safe feeling as well.

As close as it is to the southern edge of Fort Worth, it still provides all the amenities and some of the attractions, restaurants and shopping one would desire right there in Arlington. You got the sense of a family orientated community with schools and churches surrounded by neighborhood developments. The homes were well kept and the streets easy to navigate. Shopping centers and restaurants in Arlington provided easy access to whatever we needed for the day, which in the heat of a Texas summer is usually just a cool place to retreat to.
1 -1
Source: The Arlington, TX data and statistics displayed above are derived from the 2016 United States Census Bureau American Community Survey (ACS).
Loading