Best Places to Live in and Around Wilmington

See all the best places to live around Wilmington

What do the locals think about Wilmington?

Wilmington is a beautiful coastal city found in eastern North Carolina. It sits in the southeastern portion of the state. The city has both a riverfront along the Cape Fear River and a beachfront along the Atlantic Ocean. It is one of the most populous cities in the state as well, with a population of over one hundred thousand. It is a city with great tourist attractions and great historical benefits.

Wilmington is great for young professionals and for families. There are neighborhoods available to fit anyone's budget throughout the city. There are even upscale neighborhoods such as Autumn Hill as well as Brunswick Forest close to downtown Wilmington. Wherever you choose to live, you can find access to the beach, whether Wrightsville Beach or another, as well as great shopping at locations such as Mayfair Town Center.

The costs of living in Wilmington are, on average, much lower than the costs across the rest of the city. This includes both mortgage pricing and rental pricing. There are homes with a value of around $1 million dollars, but most homes are valued at less than $200,000. There are even apartments available for under $600, though there are more expensive as well.

As mentioned above, there are many attractions to keep you or your family busy in Wilmington, North Carolina. There are great shopping centers such as Mayfair Town Center and beaches such as Wrightsville Beach that offer sunbathing, surfing, swimming and more. There is even a movie studio in Wilmington called EUE Screen Gems Studios, one of the largest in America. There is Coast Guard and World War II history throughout as well which can be experienced through visiting the USS North Carolina or the Cape Fear Museum.

Wilmington has a great small-town vibe despite its metropolitan amenities. Within this small town feel, there is public transportation available through the Cape Fear Public Transportation Authority. This transportation office offers buses and shuttles throughout the city. There is also a free trolley that goes around downtown Wilmington.

Wilmington is a great place to live on the eastern shore of North Carolina. It has great living costs to allow you and your family to engage in all that the town has to offer. Be sure to visit the historical monuments, the studios and the museums, as well as the beach and the Cape Fear River to experience the beautiful nature centered in this city as well.

The best places in North Carolina 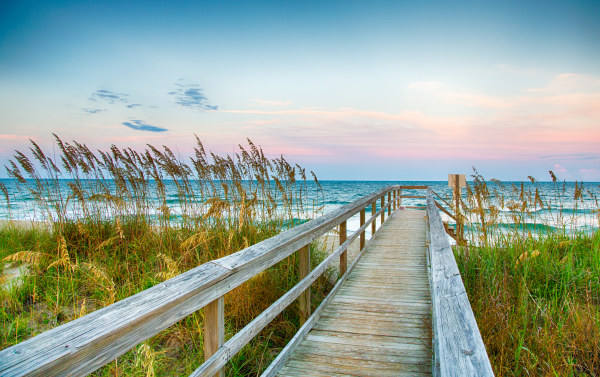 Here are the best places to live in North Carolina

These are the 10 most affordable cities in North Carolina

Top 10 cities in North Carolina with the best education system

Write a review about Wilmington Tell people what you like or don't like about Wilmington…
Review Wilmington
Best Place I’ve Ever Lived
Attractions10/10
Community10/10
Nightlife10/10
Dining10/10
Shopping10/10
My family fell in love with Wilmington in our first visit. Don’t put too much stock into the negatives that you see. This place has everything. Easy access to multiple beaches. It’s made for outdoor life with tons of parks and sidewalks. The cross-city trail is awesome!

I don’t know how long you have to live here before you hit every great restaurant, but we’ve been here 4 years and we’re not even close. Still so many we’ve yet to try. Riverwalk, historic downtown, film industry, The Battleship, and on and on. It’s like living on vacation.

For those who are visiting, there is still plenty to do and see. Monkey Junction is where a small, charming zoo is. There is also an old USS battleship that you can board and tour. Make sure to feed the resident alligator who loves popcorn from the visitors. Ski rental, Jet skis, and bikes also allow you to have fun on the beaches. You can even boat out to the islands around the beach and enjoy a bbbq, dig for clams, and my favorite, find sand dollars.

Wilmington is more of a family beach city than a party town, so the night life is not that of a tourist beach town. Most nights people congregate at the pier or arcade, or may take a stroll on the beach. You can also find most chain restaurants there with a smattering of local mom and pop restaurants with the freshest sea food. Giving Wilmington a visit is definitely worth time for a lovely family vacation or even to carve out living space.
2 -1
Source: The Wilmington, NC data and statistics displayed above are derived from the 2016 United States Census Bureau American Community Survey (ACS).
Loading