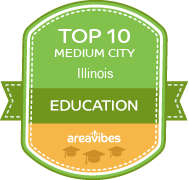 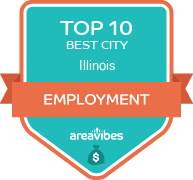 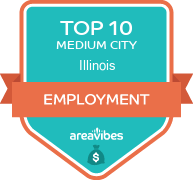 Best Places to Live in and Around Wilmette

See all the best places to live around Wilmette

Wilmette, Illinois is a moderately-sized city with a population of 27,367 residents. Wilmette has a population density of 5,065 people per square mile. This would be considered well above the national population density level. At 83%, the majority of the Wilmette population is White; this is followed by 13% Asian and 1% Black. If you are looking for a family friendly city, Wilmette might be a good fit as 89% of the population over 15 years old are married, and 49% have kids who are 18 years old or younger.

Without the right tools, moving to any new area can be very stressful and challenging. Living in Wilmette, Illinois could be a positive experience for anyone who puts in the time to do the research required. With useful information like amenities, crime, education, employment, housing and other key data points, finding the best places to live in Wilmette and in the areas around Wilmette is a much easier task.

Using data and statistics Wilmette has received a livability score of 75/100. This score is ranked in the 82nd percentile when compared to all other cities. Compared to the US average, Wilmette ranks among some of the best places to live in the country! If we dig a little deeper into each category within the livability score, we see that Wilmette has higher than average grades for the following: amenities (A+), crime (A+), education (A+) and employment (A+). There are some categories that Wilmette scores poorly for, including: cost of living (F), weather (D-) and housing (F). It might be worth taking a closer look to find out why.

Based on the proximity of local amenities like grocery stores, restaurants, coffee shops, parks, librairies, etc., Wilmette has received a higher than average score for its local amenities. If you’re planning on relocating and making this area your permanent home, it’s nice to know that there is an ample amount of amenities and things to do within walking distance or a short drive.

Crime rates can be the deciding factor for anyone looking to relocate to a new area. Wilmette gets top scores for their low violent crime rates of 15 crimes per 100,000 residents, which are significantly lower than the national average.

School test scores can be an important metric in deciding if the local area schools can provide a solid educational system for children. The schools in Wilmette have a test score average of 71%, which is well above the US average.

Assuming that Wilmette meets all of your requirements, the next most important item to examine is the affordability of real estate in Wilmette. Everything else becomes a lot less important if it turns out that home prices in Wilmette are simply unattainable. The median home price for Wilmette homes is $636,900, which is 264.4% higher than the Illinois average. If we take a closer look at the affordability of homes in Wilmette, we’ll see that the home price to income ratio is 4.6, which is 53.3% higher than the Illinois average. Knowing if your home will appreciate on a long term or even a short term basis should be factored into your decision making. An increase in your home’s value can be a good way to generate tax-free equity that can create long term financial security. In the past year, appreciation rates for homes in the Wilmette area were -1.9% and 5 year appreciation rates were 3.9%.

See the best places to live in & around Wilmette