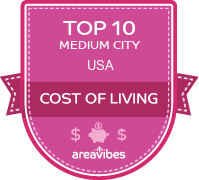 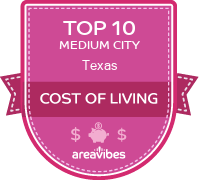 Located in the state of Texas, Weslaco is a medium-sized city with a population of 39,021 people. If we take a look at the last Census, the vast majority of the population falls within one racial group (91% White). Given that fact, Weslaco could be considered less diverse than other cities. Additionally, more than a quarter of the population of Weslaco are of Hispanic or Latino origin, and 73% of the population also speak Spanish. Weslaco tends to attract a younger crowd, as the median age of 33 is far below the national average.

If you’re considering relocating to any new city, it could be a very discouraging task. However, it could also be a fulfilling experience if you are willing to get to know the city before actually living in Weslaco, Texas. The best areas in Weslaco and in surrounding cities are easier to find when you are able to make informed decisions. Using data from amenities, crime, cost of living, education, housing, you will see a detailed breakdown of the most important information as well as comparisons to the Texas and national averages.

The livability score in Weslaco is 77/100 and the city is ranked in the 88th percentile of all cities across America. Pack your bags! This is a very high score in comparison to other US cities. Living in Weslaco could be a great choice! There are seven total categories that create the livability score. Weslaco ranks well for amenities (A+), cost of living (A+) and weather (A-). On a more negative note, Weslaco does not have favorable grades for the following: crime (F) and employment (D-). If we take a look at the data, we can find out why.

Location, location, location - possibly the three most important words in your search for a new place to live. Fortunately, in Weslaco, there is no shortage of amazing local amenities and interesting things to do.

From the cost of groceries to never ending utility bills, monthly expenses can add up in a hurry. We are happy to report that the cost of living in Weslaco is actually 28.17% lower than the national average. You can definitely expect all those irritating monthly expenses to be less than most other cities.

School test scores can be an important metric in deciding if the local area schools can provide a solid educational system for children. The schools in Weslaco have a test score average of 66%, which is well above the US average.

Being close to public transportation, grocery stores, parks and other conveniences are all important when weighing your options for a new home in Weslaco. Before you determine if any of these amenities are available in the area, you will also want to know if the real estate prices in Weslaco are affordable. Median real estate prices in Weslaco come in at $76,200, which is 46.6% lower than the Texas average. The home price to income ratio compares the median home prices to the median household income. In Weslaco, the home price to income ratio is 2.1, which is 19.2% lower than the Texas average. Purchasing your new home can come with many financial benefits, some of which are more lucrative than others. Perhaps the most notable benefit could be the appreciation of your new home. Home appreciation rates are a good way to generate tax-free equity on a long term basis. The year over year appreciation rates in Weslaco were 10.7%, and the 5 year appreciation rates came in at 5.1%.

Attractions8/10
Community8/10
Nightlife9/10
Dining9/10
Shopping8/10
Weslaco is a great place to live and has lots of activities for friends, families and couples. The city also has a low unemployment rate (6.9%) and in 2016, Weslaco got the highest bond rating in the history of the city. This is similar to a credit score and shows that living conditions in the city have definitely improved over the years.

There are also several landmarks in the city that attract tourists, but they're also great place to visit every now and then if you're a resident. The Weslaco Water Tower and Cortez Hotel are popular attractions. The hotel used to accommodate guests, but is now a private event arena. The Rio Grande Spring Games also take place in Weslaco, so if you're a football fan, the spring season is a great time to live in the city. You can even attend a few art classes in the city or a lecture by a popular athlete, which makes it easy to get inspired or express your creativity while living in Weslaco.
Source: The Weslaco, TX data and statistics displayed above are derived from the 2016 United States Census Bureau American Community Survey (ACS).
Loading