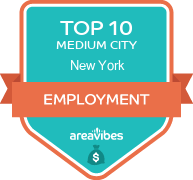 Attractions9/10
Community7/10
Nightlife4/10
Dining4/10
Shopping7/10
As an affluent member of society, you will fit right in here at Port Washington. I'm telling you this place is magnificent, you have the Sands Point Golf Club, The Village Club, The Harbor Links Golf Course, all located within the Manhasset Bay. A well known fact about Port Washington is it's connection to Golf.

With many locations along Port Washington Boulevard, you can find your choice of restaurant, shopping, and also much more. I know there is the question about traffic, and to tell the truth, things aren't that bad here. While enjoying a round of golf, it's rare to see an airplane in the sky.

Unknown to many, this is a very safe place to live. Schools are great and the only issue you may run into is the fact that it could be considered quite expensive to those who can't afford it. I have lived here for years and find it quite enjoyable as well. I know you can see for yourself.
Source: The Port Washington, NY data and statistics displayed above are derived from the 2016 United States Census Bureau American Community Survey (ACS).
Loading