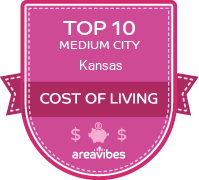 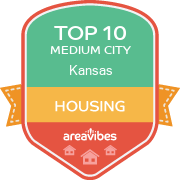 Liberal, Kansas is a mid-sized city with a population of 20,709 inhabitants. More than a quarter of the residents of Liberal identify themselves as Hispanic or Latino, and 55% of the population speak Spanish as their primary or secondary language. Liberal tends to attract a younger crowd, as the median age of 29 is far below the national average.

If you’re considering moving to any new city, it could be a very daunting task. However, it could also be a positive experience if you are willing to get to know the city before actually living in Liberal, Kansas. Using the livability score which includes data from categories like cost of living, weather, education, employment, you can easily compare the best places to live in Liberal and also determine if there are any nearby cities that might be a better match for your lifestyle. You can also compare Liberal to Kansas and the national average.

Using data and statistics Liberal has received a livability score of 66 out of 100. This score is ranked in the 46th percentile when compared to all other cities. If we explore each of the categories individually, we see that Liberal ranks well for amenities (A+), cost of living (A-) and housing (B). Liberal does not score well for the following: crime (F), education (F) and employment (F). It might be a good idea to take a closer look at each category to find out why.

Conveniently located amenities and interesting attractions are a great way to continuously enjoy Liberal on a regular basis. Knowing that there are an abundance of amenities and things to do can ensure that you always have access to nearby grocery stores, restaurants and coffee shops. Some of the notable things to do include: Dorothy's House/Land of Oz, Mid-America Air Museum, and International Pancake Day Hall of Fame.

Finding affordable real estate and apartments for rent in Liberal can be tricky. Having said that, this area might be the place to get the best of both worlds. Based on factors like home/rental affordability and appreciation rates, this area has received an above average score in the housing category.

Liberal real estate prices and overall affordability will play a huge role in determining if the area is the right fit for you. Of course there are probably some other items on your “wish list”, but even before they are considered, let’s take a look at the home prices and affordability in Liberal. The median home price for Liberal homes is $90,600, which is 33% lower than the Kansas average. If we take a closer look at the affordability of homes in Liberal, we’ll see that the home price to income ratio is 1.9, which is 24% lower than the Kansas average.

The best places in Kansas

Write a review about Liberal Tell people what you like or don't like about Liberal…
Review Liberal
Making the Most of Your Time in Liberal, KS

Attractions5/10
Community6/10
Nightlife6/10
Dining6/10
Shopping4/10
If you're planning a visit to Liberal soon, you'll have no shortage of fun things to do and see. There are also several activities that are designed for entire families, so you can bring the kids along for a great time.

One of the most popular attractions is Dorothy's House/Land of Oz. This location makes the classic film come to life, so you're likely to relive childhood memories during your visit. You can also take a trip to the Mid-America Air Museum, where you'll see fascinating aircraft exhibits detailing local and national history. The Seward County Coronado Museum can make your time in the city worthwhile as well.

Another interesting attraction is the International Pancake Day Hall of Fame, where you can see the way that this popular breakfast item was prepared in centuries past. There are lots of affordable places to eat as well, including One Way Deli and Big Bites Mexican Grill, so you can easily take the entire family out for a filling meal.
Source: The Liberal, KS data and statistics displayed above are derived from the 2016 United States Census Bureau American Community Survey (ACS).
Loading