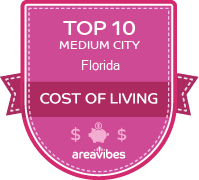 Best Places to Live in and Around Immokalee

Immokalee is a mid-sized city located in the state of Florida. The city has a population of 25,284 residents. If we look at the most recent Census, Immokalee is known to have a predominantly White population. The next two most common races are Black and American Indian and Alaskan. Additionally, more than a quarter of the population of Immokalee are of Hispanic or Latino origin, and 65% of the population also speak Spanish. Immokalee tends to attract a younger crowd, as the median age of 28 is far below the national average.

Living in Immokalee can be a positive experience for anyone moving to the town. Having said that, in the state of Florida, there are many desirable places to live, so choose wisely! Using the livability score which includes data from categories like amenities, crime, education, housing, you can easily compare the best places to live in Immokalee and also determine if there are any nearby cities that might be a better match for your lifestyle. You can also compare Immokalee to Florida and the national average.

The livability score in Immokalee is 59 out of 100 and the city is ranked in the 15th percentile of all cities across America. Compared to the US average, this area has a score which ranks among the lowest in the nation, and it is not considered a very livable city. There are seven total categories that create the livability score. Immokalee scores well for amenities (A-), cost of living (A-) and weather (A-). There are some categories that Immokalee ranks poorly for, including: crime (F), education (F), employment (F) and housing (D). It might be worth taking a closer look to figure out why.

Based on the proximity of local amenities like grocery stores, restaurants, coffee shops, parks, librairies, etc., Immokalee has received a higher than average score for its local amenities. If you’re planning on relocating and making this area your permanent home, it’s nice to know that there is an ample amount of amenities and things to do within walking distance or a short drive. Some of the notable things to do include: Seminole Casino Immokalee, Airboats & Alligators, and Immokalee Pioneer Musuem at Roberts Ranch.

See the best places to live in & around Immokalee