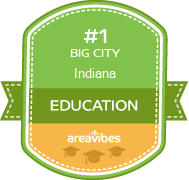 Best Places to Live in and Around Fort Wayne

Living in Fort Wayne, IN

Fort Wayne is a big city located in the state of Indiana. The city has a population of 260,954 inhabitants. If we take a look at the last Census, the vast majority of the population falls within one racial group (74% White). Given that fact, Fort Wayne could be considered less diverse than other cities. Not a fan of sitting in traffic? One big advantage of living in Fort Wayne is the reasonable commute times to work. With an average one way commute time of 20 minutes, getting to work is faster than the national average of 26 minutes.

If you’re considering moving to any new city, it could be a very intimidating task. However, it could also be a positive experience if you are willing to get to know the city before actually living in Fort Wayne, Indiana. The best areas in Fort Wayne and in surrounding cities are easier to find when you are able to make informed decisions. Using data from weather, education, housing, you will see a detailed breakdown of the most important information as well as comparisons to the Indiana and national averages.

Using data and statistics Fort Wayne has received a livability score of 75 out of 100. This score is ranked in the 83rd percentile when compared to all other cities. Based on this score, Fort Wayne would be considered a very livable city! If we probe a little deeper into each category within the livability score, we see that Fort Wayne has higher than average rankings for the following: amenities (A+), cost of living (B) and education (B+). Unfortunately for Fort Wayne, there are some categories for which it does not score well, this includes: crime (D-), weather (D) and employment (D).

Jobs are always a hot topic for anyone looking to relocate to a new area. Your chances of finding new employment in Fort Wayne is actually far better than most areas. With a low unemployment rate of 1.34%, finding work should be much easier than the average city.

Fort Wayne real estate prices and overall affordability will play a huge role in determining if the area is the right fit for you. Of course there are probably some other items on your “wish list”, but even before they are considered, let’s take a look at the home prices and affordability in Fort Wayne. Median real estate prices in Fort Wayne come in at $103,100, which is 18.5% lower than the Indiana average. The home price to income ratio compares the median home prices to the median household income. In Fort Wayne, the home price to income ratio is 2.3, which is 8% lower than the Indiana average. Purchasing your new home can come with many financial benefits, some of which are more lucrative than others. Perhaps the most notable benefit could be the appreciation of your new home. Home appreciation rates are a good way to generate tax-free equity on a long term basis. The year over year appreciation rates in Fort Wayne were 9.8%, and the 5 year appreciation rates came in at 4.8%.

These are the 10 most affordable cities in Indiana 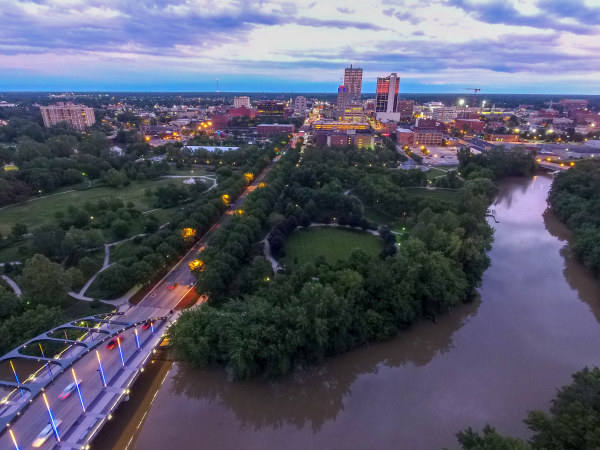 See the best places to live in & around Fort Wayne

Source: The Fort Wayne, IN data and statistics displayed above are derived from the 2016 United States Census Bureau American Community Survey (ACS).
Loading