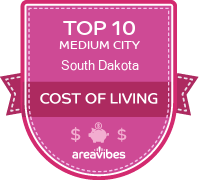 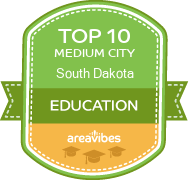 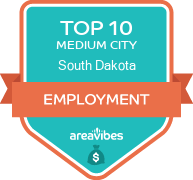 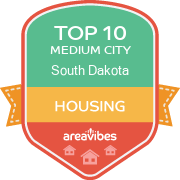 Aberdeen, South Dakota is a medium-sized city with a population of 27,783 inhabitants. According to the most recent Census, 90% of Aberdeen residents are White, 4% American Indian and Alaskan and 3% Asian. Aberdeen is known to be family friendly as more than 74% of the population has already tied the knot. It might also be worth noting that 58% of residents also have children under the age of 18.

If you’re considering moving to any new city, it could be a very discouraging task. However, it could also be a great experience if you are willing to get to know the area before actually living in Aberdeen, South Dakota. Using the livability score which includes data from categories like amenities, crime, cost of living, employment, housing, you can easily compare the best places to live in Aberdeen and also determine if there are any nearby cities that might be a better match for your lifestyle. You can also compare Aberdeen to South Dakota and the national average.

The livability score in Aberdeen is 72/100 and the city is ranked in the 70th percentile of all cities across America. If we examine each of the categories individually, we see that Aberdeen ranks well for amenities (A+), cost of living (B+) and housing (B). Regrettably for Aberdeen, there are some categories for which it does not score well, this includes: crime (D), weather (F) and education (F).

Based on the proximity of local amenities like grocery stores, restaurants, coffee shops, parks, librairies, etc., Aberdeen has received a higher than average score for its local amenities. If you’re planning on relocating and making this area your permanent home, it’s nice to know that there is an ample amount of amenities and things to do within walking distance or a short drive.

For buyers, real estate will be the largest purchase they ever make and it will also be their most valuable asset. For renters, the monthly rent paid on their Aberdeen apartments will most likely be their largest expense. Based on tangible metrics like home and rental affordability and appreciation rates, housing in this area has received a score that is well above the average of every other US city.

Aberdeen real estate prices and overall affordability will play a huge role in determining if the area is the right fit for you. Of course there are probably some other items on your “wish list”, but even before they are considered, let’s take a look at the home prices and affordability in Aberdeen. Median real estate prices in Aberdeen come in at $140,300, which is 4.4% lower than the South Dakota average. The home price to income ratio compares the median home prices to the median household income. In Aberdeen, the home price to income ratio is 3, which is 7.1% higher than the South Dakota average.

The best places in South Dakota

Write a review about Aberdeen Tell people what you like or don't like about Aberdeen…
Review Aberdeen
Aberdeen, South Dakota: A College Town Vibe with Lots to Do

Attractions8/10
Community9/10
Nightlife8/10
Dining8/10
Shopping8/10
Coming from the south, my first winter in Aberdeen was an adjustment. The very cold subzero temperatures were a shock to my system, but since then I have acclimated and don’t find the winters as difficult. Summer is another thing altogether, and I truly love the lower humidity and average temperatures in the 70s during the summer months.

For a city of less than 30,000 population, I find there is lots to do with good restaurants and many local activities. The many parks around town are perfect for a jog or leisurely stroll, and there is plenty of space for family outings. Storybook Land has become a favorite for the children.

Surprisingly, the shopping is also good, with all of the usual big box stores and a lot of smaller boutiques — my wife likes to browse at The Farmer’s Wife Boutique. Aberdeen is also a college town with Northern State University and Presentation College located in the City, giving it a younger vibe that we enjoy.
Source: The Aberdeen, SD data and statistics displayed above are derived from the 2016 United States Census Bureau American Community Survey (ACS).
Loading