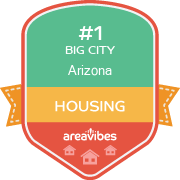 Best Places to Live in and Around Phoenix

Phoenix is a big city located in the state of Arizona. The city has a population of 1,555,324 inhabitants. Phoenix has a population density of 3,005 people per square mile. This would be considered well above the national population density level. According to the most recent Census, 73% of Phoenix residents are White, 7% Black and 4% Asian. Additionally, more than a quarter of the population of Phoenix are of Hispanic or Latino origin, and 31% of the population also speak Spanish. If you are a young adult or student, you might be pleased to know that the average age of all Phoenix residents is 33.

If you’re considering relocating to any new city, it could be a very intimidating task. However, it could also be a fulfilling experience if you are willing to get to know the city before actually living in Phoenix, Arizona. To help you find the best places to live in and around Phoenix, AreaVibes has created a livability score using key metrics like crime, cost of living, weather, employment, housing and more.

Phoenix, AZ receives 70 out of 100 for its livability score; this results in a ranking of #109 in Arizona and #10,306 in the USA. For each of the livability categories, we see that Phoenix ranks very well for amenities (A+), weather (B+) and housing (B+). There are some categories that Phoenix does not rank well for, including: crime (F), education (F) and employment (D). It might be worth taking a closer look to determine why.

Location, location, location - possibly the three most important words in your search for a new place to live. Fortunately, in Phoenix, there is no shortage of amazing local amenities and interesting things to do. Some of the notable things to do include: Desert Botanical Garden, Musical Instrument Museum, and Phoenix Zoo.

Based on multiple factors including: median home and rental prices, appreciation rates and home affordability, Phoenix has received high marks in the housing category. Based on these calculations, the apartment rental and real estate market appears to be very healthy.

Certain items on your wish list like shopping, restaurants, nightlife and proximity to public transportation are all important factors to search for. Having said that, perhaps the most important metric to consider when contemplating a move to Phoenix is real estate affordability. The median home price for Phoenix homes is $178,200, which is 0.7% higher than the Arizona average. If we take a closer look at the affordability of homes in Phoenix, we’ll see that the home price to income ratio is 3.6, which is 2.9% higher than the Arizona average. Year over year appreciation rates for homes in the Phoenix area were 8.4% and the 5 year appreciation rates came in at 10.5%. Why is this important? Knowing the appreciation rates for any area is a quick and easy way to determine if you will see a solid return on your investment. 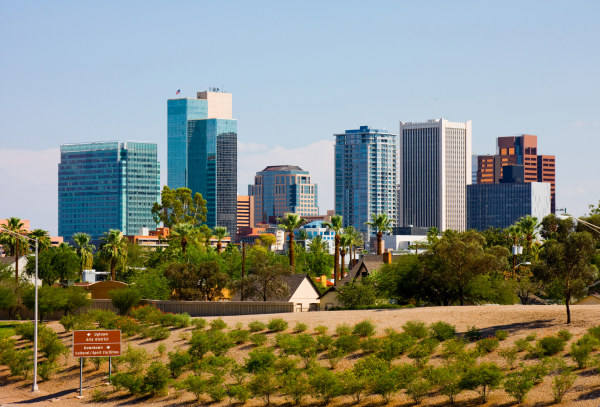 See the best places to live in & around Phoenix